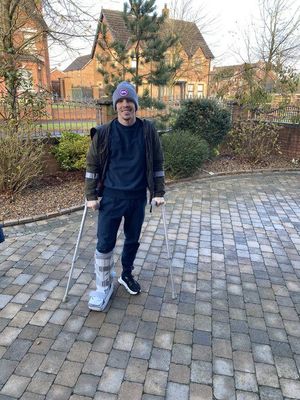 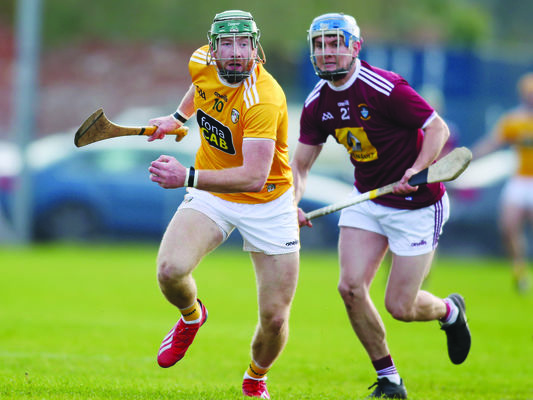 Saffrons can take another huge step forward in Carlow

Joe McDonagh Cup: Carlow v Antrim   (Netwatch Cullen Park, Saturday, 3pm, live on pairctv.com)   WITH a morale-boosting win over Westmeath and two points banked, Antrim will be aiming to take another big step forward in their quest to make it a League and Championship double this Saturday when they travel to Netwatch Cullen Park for a showdown against Carlow. 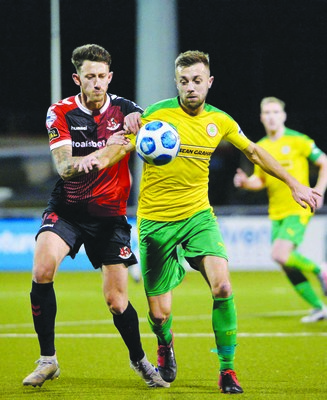 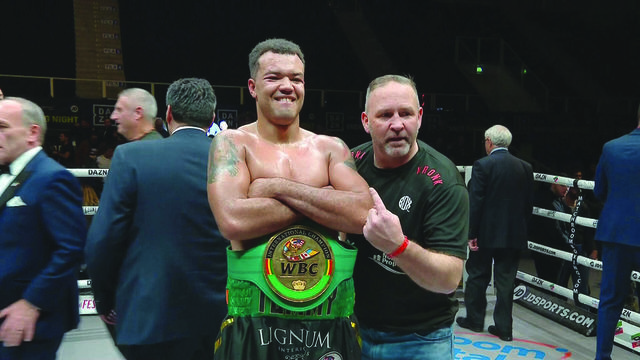 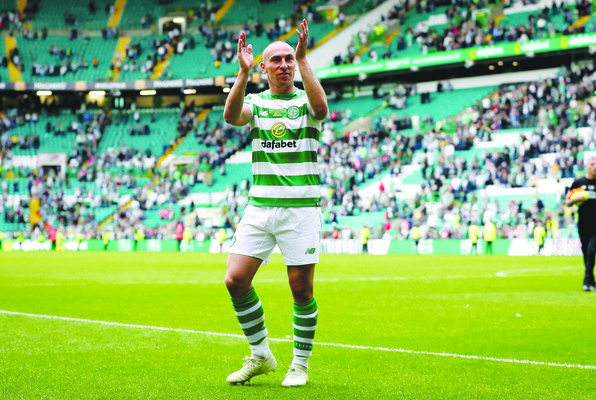 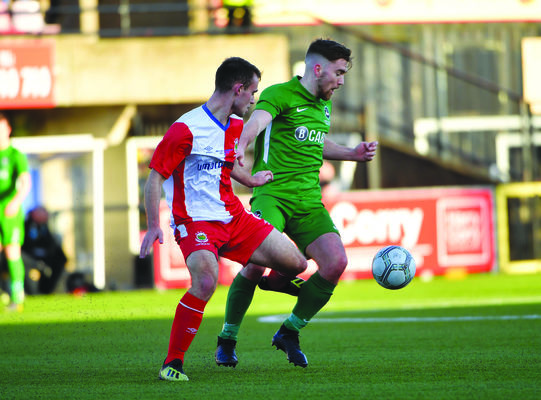 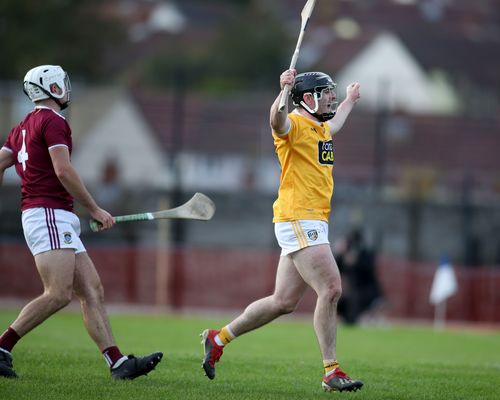 Joe McDonagh CupAntrim 4-25 Westmeath 1-15ANTRIM got their Joe McDonagh Cup campaign off to a flying start as they produced a ruthless display to put Westmeath to the sword at a windy Corrigan Park. 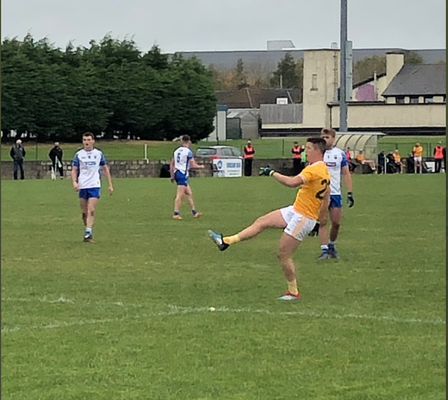 Victory over Waterford not enough for Antrim's promotion hopes 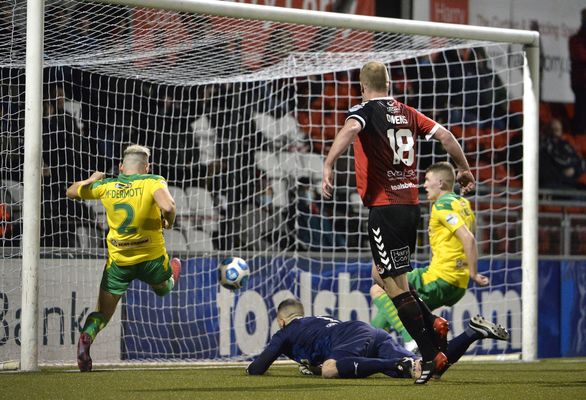 Danske Bank Irish PremiershipCrusaders 1-0 Cliftonville Jordan Owens pounced with little under 20 minutes to go to ensure that Crusaders ran out 1-0 winners over Cliftonville in the first North Belfast derby of the season at Seaview on Friday evening. The hosts had edged the game on chances until Owens out-jumped Richard Brush to head home the winner and ensure the Shore Road men claimed the first derby spoils this season to the disappointment of Reds' boss Paddy McLaughlin who felt the Garry Breen’s injury was a massive turning point in the game. “It was a disappointing night,” admitted McLaughlin. “It wasn’t a great match to watch and I don’t think any of the two sides played particularly well in terms of what you’d expect of two of the top sides in the division. 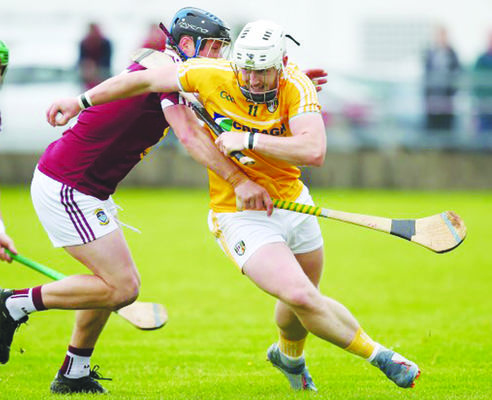 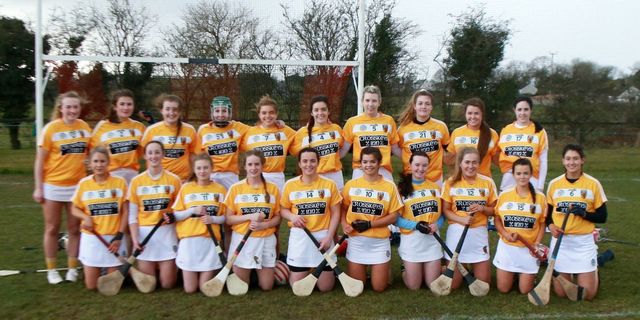 Antrim's campus forced to go on the road for Carlow tie

ANTRIM'S camogs are the latest county team to lose home advantage as they were informed tomorrow's Liberty Insurance All-Ireland Intermediate game against Carlow must be played in Inniskeen, Monaghan (throw-in 2pm), and not in Randalstown as scheduled. 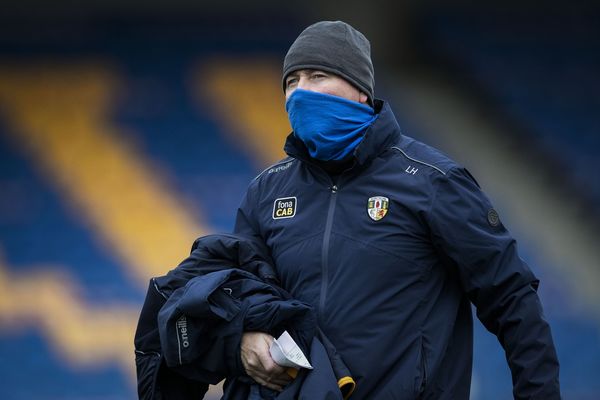 THE Antrim versus Waterford saga took another twist last night as it was confirmed that the Allianz Football League Division Four clash between the counties is now on again, but in Dundalk. 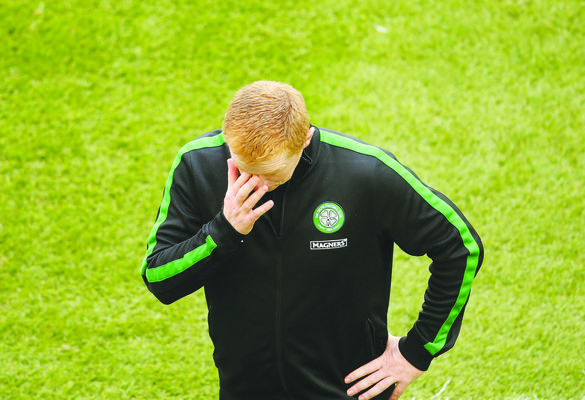 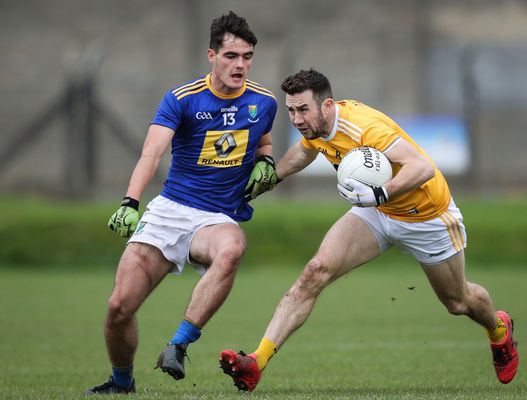 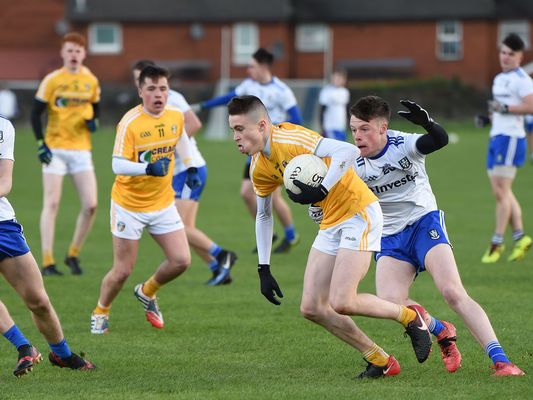 ANTRIM’S Ulster Minor Football Championship clash with Monaghan has been postponed due to Level 5 restrictions imposed by the Irish Government. The young Saffrons were due to face the Farneymen at Toome on Saturday, but that was thrown into doubt when it emerged on Wednesday morning that only senior inter-county games were permitted within the restrictions, as advised by Nphet. Initially, it was understood that underage inter-county games fell under the ‘elite’ tag that would have allowed them to proceed, but it then emerged that only senior games fell under this bracket.