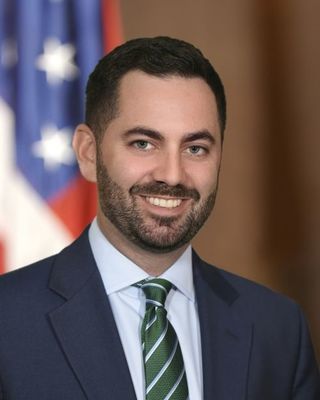 Congressman-elect Mike Lawler calls for return of US Special Envoy

NEWLY elected US Congressman Mike Lawler has written to President Joe Biden urging him to fill the vacant US Special Envoy role amid concerns around the “increasingly volatile situation in Northern Ireland” arising from the post-Brexit Protocol. The US Special Envoy role has been vacant since January 2021. Senator George Mitchell was the first to hold the role, having been appointed in 1995 and went on to chair the talks which led to the Good Friday Agreement. Subsequent holders of the post include Richard Hass and President Trump’s former acting Chief of Staff, Mick Mulvaney. The Republican Congressman was elected to New York’s 17th Congressional district in November. His victory was one of the shock results of the election when he defeated the Democratic incumbent Sean Patrick Maloney who is chair of the Democratic Congressional Campaign Committee charged with ensuring the re-election of Democratic representatives. 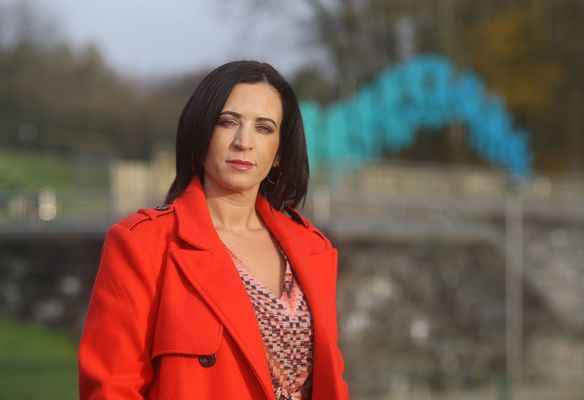 CARE home campaigner Julieann McNally has announced her intention to run as an independent candidate in the Colin area in May’s local elections. Ms McNally, whose grandmother died in the former Dunmurry Manor Care Home, established Care Home Advice and Support NI (CHASNI) to aid and support families going through similar situations. Speaking about her decision to stand, Julieann said: “Over this last year or so in a follow on from my work with CHASNI and supporting families with loved ones in care homes I began to get deeply involved in community issues.  “I used the skills and practices that I picked up from my time In CHASNI, CRJ and my own small personal business to begin to help people within the greater Colin area. “I have been helping people around issues such as housing, pest infestations, home repairs, local anti-community behaviour, mental health support, addiction issues and providing drug and alcohol awareness and how it impacts on individuals, young people, families, and our community. “I am doing all of the above because of my absolute love and pride of the people of West Belfast and in particular the Colin area.” 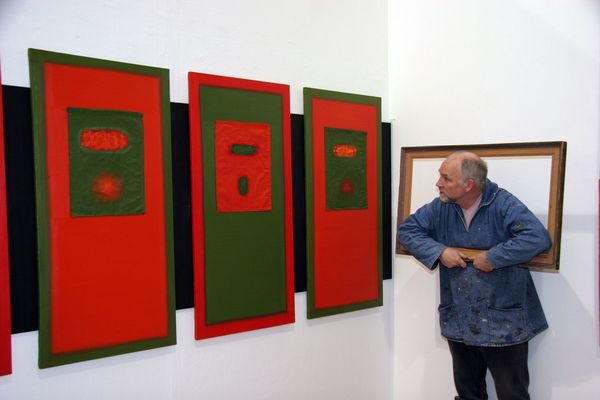 TRIBUTE: Passionate, protective of abused, assertive of rights, Frank Quigley was a thinker and a doer

I heard him laugh before I saw him. I was in a republican house in Andersonstown. There were several people there, some I didn’t know, him among them. It wasn’t the full-throated,  joie de vivre corner-of-the-bar or four am.-on-the-dancefloor laugh I later heard. This laugh was bleak, ironical, isolated and knowing.

U.S. Ambassador to Ireland Claire Cronin has pledged to refresh relationships between America and Ireland. In a video message to the 14th annual Golden Bridges conference luncheon in her native Boston, she stressed the importance of reminding young people of their strong bonds between both countries. 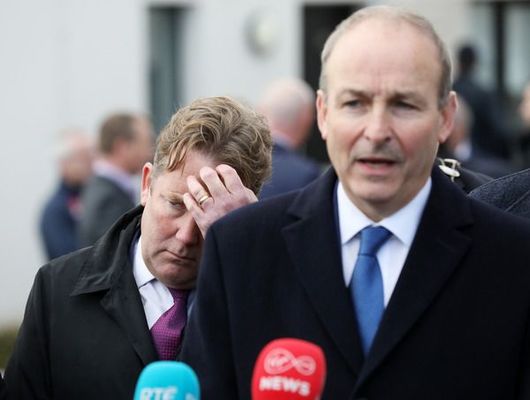 Parties back greater role for Dublin in the North

POLITICAL representatives from across Belfast have welcomed a poll from LuicdTalk which found 59 per cent of people favour giving Dublin a role in governing the North if the Assembly is not restored. 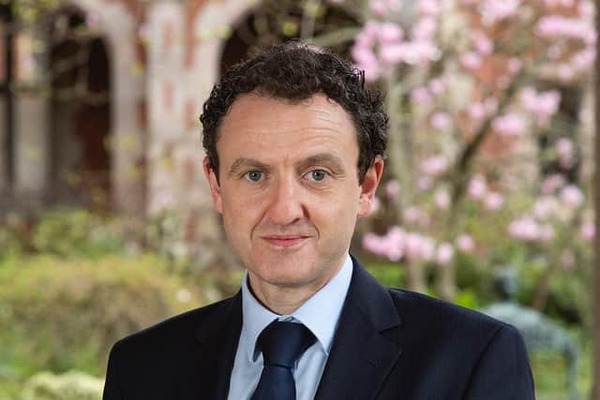 Queen’s University has confirmed ongoing engagement with the PSNI over the “safety and welfare” of all staff. 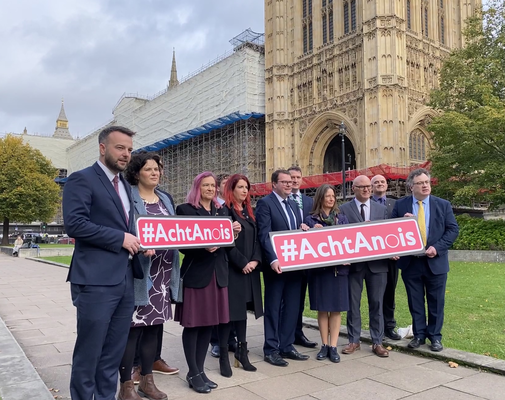 WEDNESDAY saw the second reading of the Irish language legislation bill pass through the House of Commons. 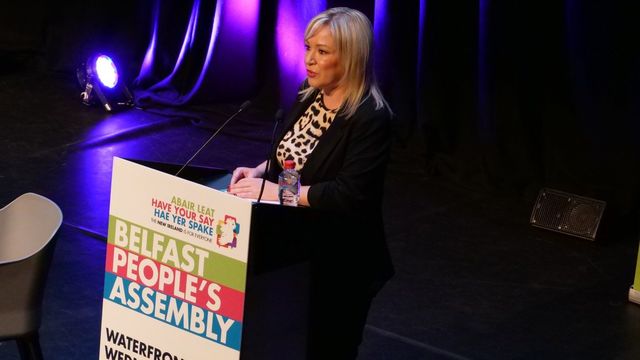 O'Neill: Irish government has duty to prepare for unity

SINN Féin First Minister Designate Michelle O’Neill has urged people from all backgrounds to get involved in the discussion on a New Ireland. 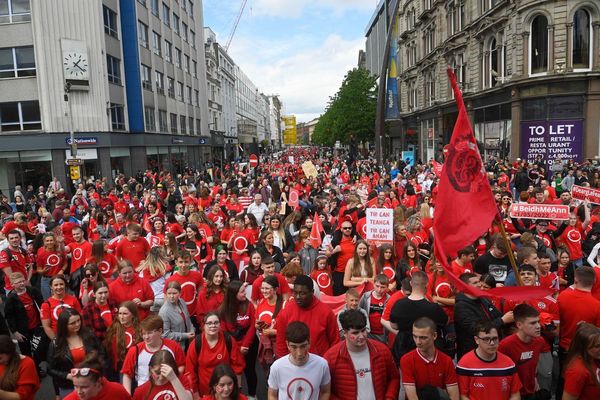 IRISH language legislation is set to return to the House of Commons on Wednesday for the second reading of the bill. 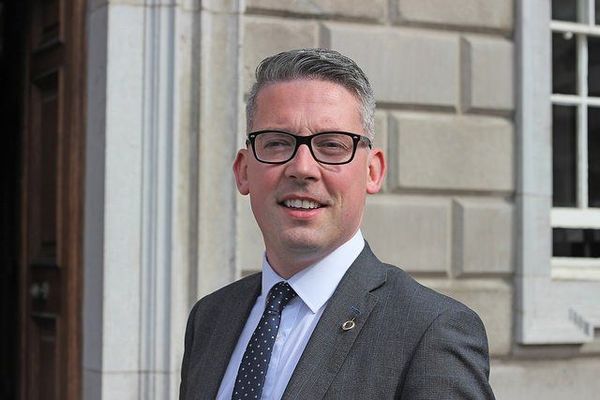 THE Seanad in Dublin has supported a Sinn Féin motion calling for the opening of an Irish passport office in the North. 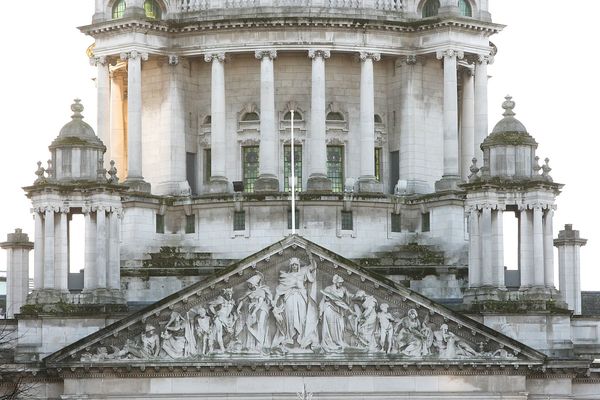 A RANGE of issues were discussed at Monday evening’s Belfast City Council meeting, including the cost of living crisis, the fire in the Cathedral Quarter on Monday morning, calls for the Stormont executive to form, as well as the allocation of alley gates in parts of the city. 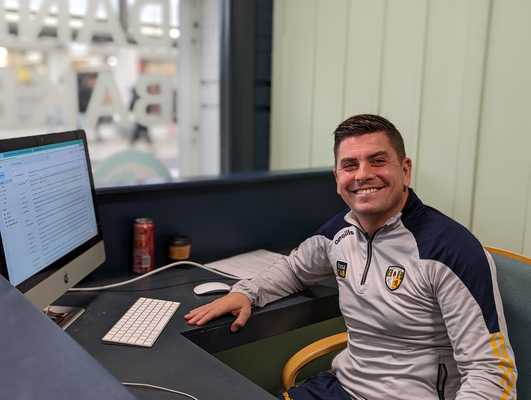 FIVE months after being elected as West Belfast MLA, Sinn Féin’s Danny Baker has expressed his frustration at the lack of an Executive and Assembly. Speaking to the Andersonstown News in an in-depth interview exploring the development of the Colin area, Mr Baker said that the DUP continuing to hold back the formation of an Executive is having a detrimental impact on his constituents as we face into worsening economic conditions this winter. “It is very frustrating for me because I have only been in the chamber a couple of times. There is only one party holding us back, preventing us from working and holding back the democratic wishes of those who elected us back in May,” he said. “I am eager to learn, and it takes a while to find your feet. For me, I learn best when I’m doing the work such as sitting on committees or using our influence but my work as a councillor will hold me in good stead when the Assembly eventually returns. “We are facing into the biggest crisis that I have ever faced. I turned 40 this year and have been through recessions but this is affecting everybody and while Stormont won’t be a silver bullet, it can help to mitigate against the worst of this crisis.” Looking back on how the Colin area has developed in recent years, Danny reflected on his childhood growing up in Twinbrook and how that compares to the facilities on offer for the current generation of young people. “I have seen the change. I was talking to A-Level students at St Genevieve’s earlier this week and I was telling them that I was doing my A-Levels when the Good Friday Agreement was signed. “It feels like a lifetime ago but I remember the '80s and the '90s, the military occupation in our areas and I am thankful that is something my kids won’t experience. “The Good Friday Agreement is the only show in town. It has saved lives, it has changed lives but we have much further to go and we need to see the full implementation of that agreement.” Danny Baker said that he has seen major investment in the Colin area following the boundary changes and the creations of Super Councils. “In my personal opinion, we were discriminated against under Lisburn Council for all of those decades. We never got the investment, but you have seen that being rectified in recent years. “I came into Council just as the Brook Leisure Centre plans were being drawn up and as the Mayor, I got to open it. “I opened a leisure centre in my community where once I used to see burnt out cars, a beat up pitch and military helicopters landing on it from my classroom in St Colm’s. 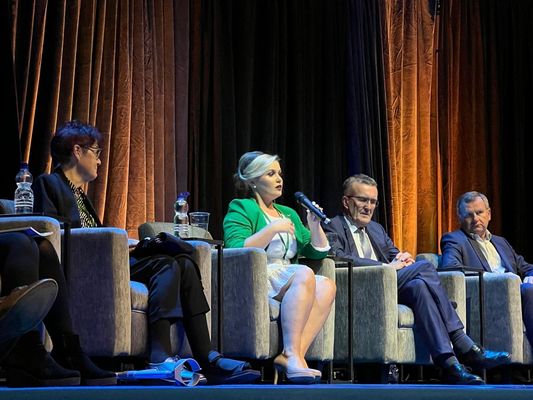 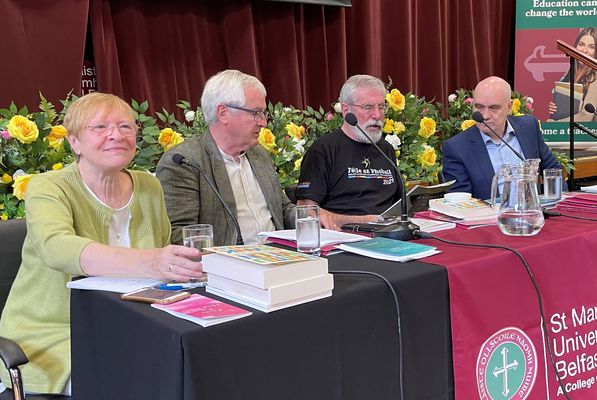 Eilish Rooney has been announced as the independent chair of the Belfast People's Assembly, organised by Sinn Féin for the Waterfront Hall next month. 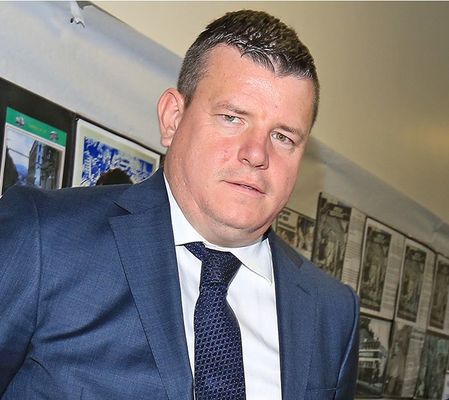 A MAJOR conference is set to take place in Dublin on Saturday as a panel of politicians and people from civic society and the arts world come together to discuss what a future united Ireland could look like.