ANYONE expecting an answer to the question ‘Can Ireland Be One?’ by the end of Malachi O’Doherty’s new book of the same title is destined for disappointment. This is no audit of the economic pros and cons of ending partition and nor is it an analysis of the sometimes shiny and sometimes grubby new realities that have rocketed the question of unity to the top of the political agenda. Indeed, Brexit and the Protocol – the two issues which have moved the ground and redefined the terms of the unity debate in a six-year blink of the eye – to all intents and purposes never happened, so seldom are they referred to and so lightly are they passed over. What we have instead is a largely personal series of discursions in which Malachi  addresses not those real-world developments which are so rapidly and utterly changing the island’s political landscape, but themes and subjects that will be familiar to those acquainted with his broadcast and print output: a Riverdale Catholic loses his religion and ponders gravely, regretfully and seldom hopefully the age-old question of why we don’t get along. The relegation of the Protocol from leading role to bit part in what could well prove to be the final act of the partition drama would be surprising enough, but there’s also a curious reliance on people writing and working in a time before ATMs and colour television, never mind mobile phones and the internet. Hubert Butler’s 1954 work ‘Portrait of a Minority’, for instance; professional nice bloke Sam McAughtry, who was telling stories on the wireless when Squinter was learning to drink in the Hunting Lodge; Nancy Scheper-Hughes’ 1970s book ‘Saints, Scholars and Schizophrenics’. If there are nuggets of contemporary relevance in these blasts from our grey past, Squinter failed to find them. Malachi’s best and most engaging writing comes in describing for us the rich foliage of his spreading family tree. He’s obviously fascinated and entertained by the contradictions and anomalies thrown up not just by his forebears’ cross-border mobility – as are we – but also by the historical heft of names maiden and married. 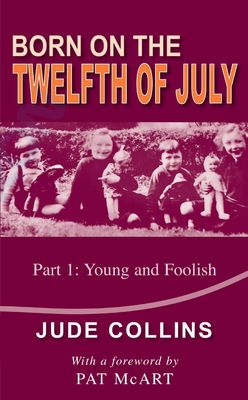 ‘Born on the Twelfth of July: Part One – Young and Foolish’ – by Jude Collins “THIS is my tenth book,” Jude Collins says. “Or maybe the eleventh. I never was very good at Maths”. 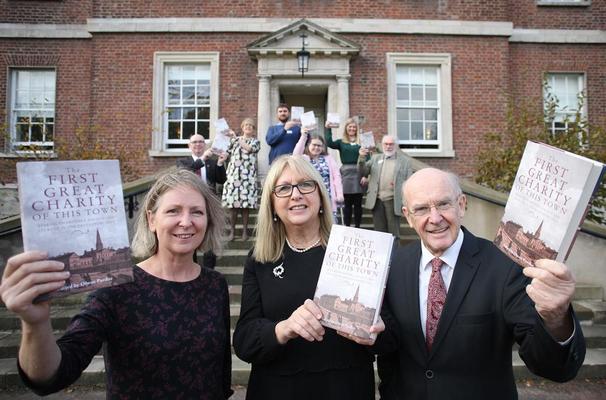 BELFAST Charitable Society have launched a new book charting its history in developing the city. 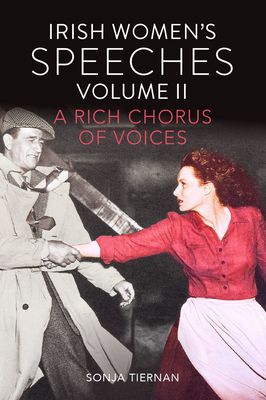 A NEW book on Irish women’s speeches has been published by UCD Press.Irish Women’s Speeches (Vol. II): A Rich Chorus of Voices follows on from the ground-breaking, best-selling Voices that Rocked the System. 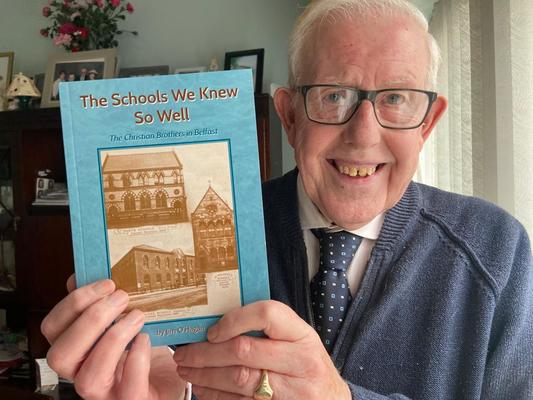 A HISTORY of the Christian Brothers and their schools in Belfast has been published by former teacher and local historian Jim O’Hagan in his new book ‘The Schools We Knew So Well’. 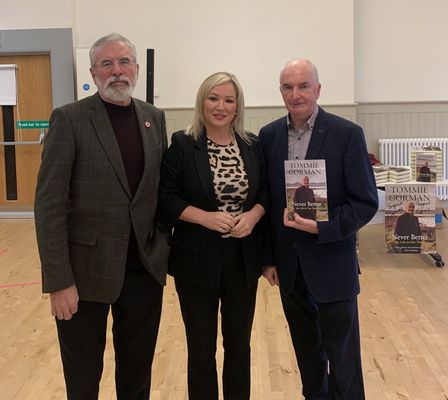 IF you had landed in the Crescent Arts Centre on Wednesday night and had not known what was happening, you would have been forgiven for assuming that a high-level politician was giving a speech or launching a major policy. 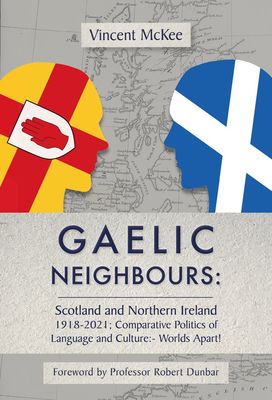 THIS Sunday sees the launch of a new book at Pairc an Esler in Newry, exploring the history and the links – or lack of – between the Gaelic languages across the Sea of Moyle. 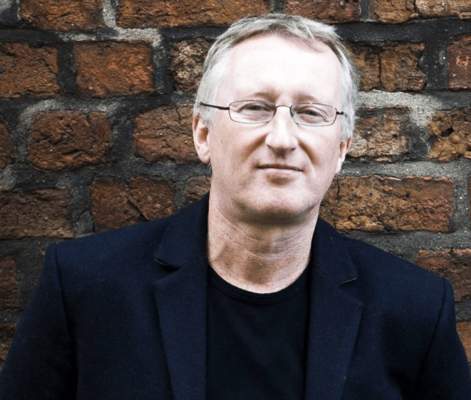 RENOWNED as one of Ireland’s best living writers (and there are a lot of them still kicking about), Colin Bateman sat down with the Andersonstown News this week to speak about his hilarious and touching memoir about growing up on the mean streets of North Down. ‘Thunder and Lightning: A Memoir of Life on the Tough Streets/Cul-De-Sacs of Bangor’ has been published to rave reviews from the likes of Liam Neeson, Jimmy Nesbitt and Ian Rankin. Colin's internationally known for his comedic crime novels such as Divorcing Jack, Titanic 2020, Mystery Man and for successful TV shows such as Murphy’s Law and Scúp. The book charts Colin’s childhood and youth in Bangor, which despite being only around 10 miles from Belfast, managed to relatively escape the conflict which was encompassing the North. Although largely safe from the conflict, Bangor still had a lot going on for Colin, and this forms the backdrop as Colin describes youthful schemes to breed gerbils for cash, sell the straps of watches discarded from a bombed-out Woolworths and his forays in punk to becoming a journalist for the County Down Spectator. 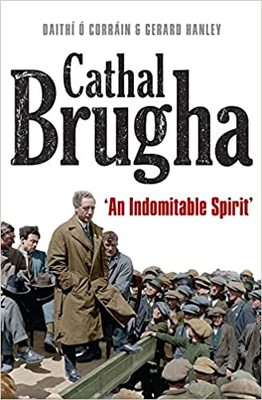 Cathal Brugha: ‘An indomitable Spirit’ by Daithí Ó Corráin and Gerard Hanley (Four Courts Press, £19.95/€24.95) IN the prologue, the authors assert that their book is not a biography. So, by those terms, I could argue that this is not a review. But let’s not turn reality on its head, nor indulge them in their self-deprecation because, given the paucity of available material, their “nuanced and multi-layered reappraisal” of Cathal Brugha’s life amounts to as good a biography as one could hope for. They present a sympathetic portrait of Brugha which reassesses his actions and challenges the opinions of his detractors. The authors’ consistent point is that Brugha has been misunderstood. The commonly-held view of him as something of a brute has been decontextualized. They believe he has not been given his due. One of the major reasons for the subsequent denigration of Brugha was his bitter opposition to Michael Collins. What the two had in common was their wish to see Ireland free from British control. To that end, both fought in the Easter Rising and both exhibited undoubted courage. Brugha was severely wounded in the conflict and walked ever after with a limp. He was deeply committed to the republican cause, having taken up arms after years as a member of the Gaelic League, the Irish Republican Brotherhood (IRB) and the Irish Volunteers. But Brugha’s modern reputation is built on largely negative interpretations of his post-Rising decisions. The defining moment was a tirade he delivered during the Dáil debate in January 1922 on the Anglo-Irish treaty.  He dared to attack the notion that it was Collins who was solely responsible for winning the war against Britain. Instead, he argued that Collins’s military reputation “was no more than a figment of journalistic imagination.” In claiming that Collins did not deserve to have been “made a romantic figure, a mystical figure”, Brugha outraged those who admired the Big Fella’s leading role during the struggle with the Black and Tans. Even some of Brugha’s anti-treaty allies thought his comments counter-productive. A later speech in which he sought to tone down his criticism did not ameliorate the hostility he had generated. Collins and Brugha were very different personalities. The former was brash, liked a drink, smoked, swore and had little time for the church. Brugha, a devout Catholic, was an abstemious non-smoker who, unlike Collins, had an accountant’s attitude towards finances.  Their power struggle centred on the control of two military organisations: the IRB, and the Irish Republican Army, the force sanctioned by the Dáil. Collins was both president of the IRB and director of organisation for the IRA. Brugha, nominally Collins’s superior as minister of defence, and opposed to the continuing existence of the “secret” IRB, watched aghast as Collins attempted to assert his influence over the IRA. He felt his ministerial authority was consistently undermined by Collins. As Ó Corráin and Hanley point out, Brugha guessed where this split would lead by writing: “Fighting has now been temporarily stayed, but only temporarily. I believe that, in our time, sooner or later, it will begin again.” This was six months before the outbreak of the civil war. 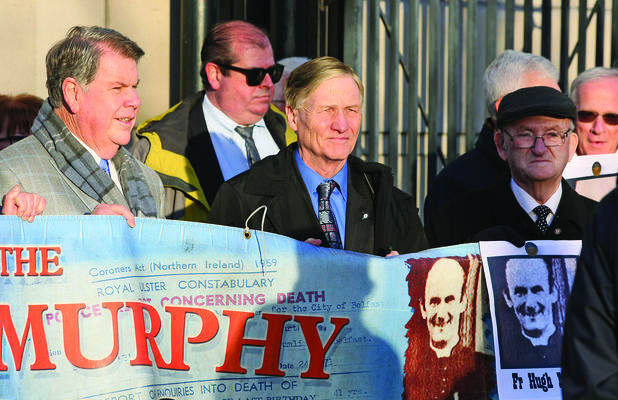 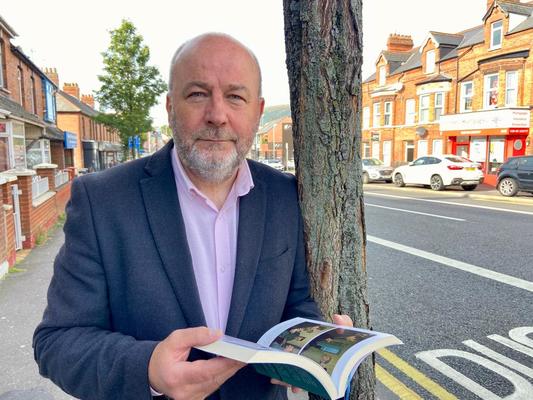 Brian Rowan interview: Exorcising the ghosts of the past

A RENOWNED former BBC journalist says he has penned his latest book to try and get rid of the 'ghosts' from his time reporting the conflict. 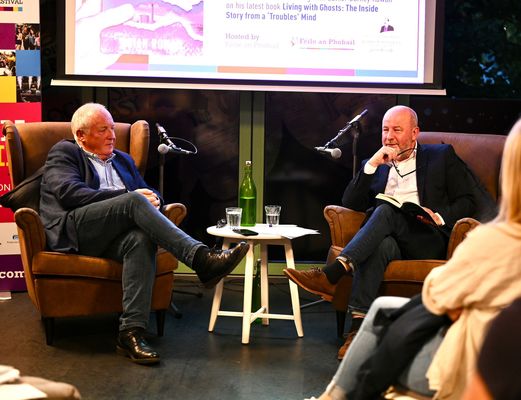 Journalist Barney Rowan launched his new book Living With Ghosts, The Inside Story From A 'Troubles' Mind at Áras Uí Chonghaile on the Falls Road last night. He looks back at the event... 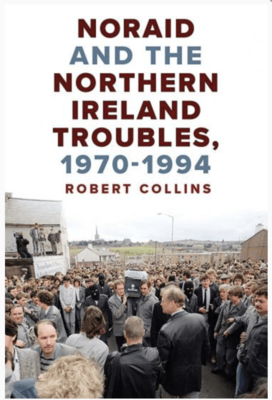 Review of Noraid and the Northern Ireland Troubles, 1970-1994 by Robert Collins (Four Courts Press, £45/€50) IN recent years, the USA has been widely and routinely praised for its help in forging the Good Friday Agreement.  Fair enough. But only up to a point, because it conveniently overlooks the fact that over the course of many years the United States’ authorities worked hard to undermine the republican struggle and they did so at the bidding of, and in collusion with, successive UK governments. Several passages in this book are reminders of the way in which attempts by Irish Americans to lend both financial and moral support to the beleaguered people of the Six Counties were continually frustrated. Republicans were barred from entry to the States. Those who did get in were deported. For a considerable period, the State Department didn’t lift a finger to help nationalists. As for Irish people on the run from unjust Diplock courts who sought sanctuary in the land of the free, they found themselves in prison awaiting extradition. By far the most famous case involved Joe Doherty who escaped from Crumlin Road jail in 1981, during his trial for the killing of an SAS soldier, and managed to reach New York.  It was two years before the FBI found him working as a bar tender in Manhattan and arrested him. He responded by seeking political asylum and, for the following nine years, he was held in prison throughout a series of legal battles aimed at preventing his extradition. His case became a cause célèbre, opening up debates about the collaboration between the UK and the USA, the politics of Margaret Thatcher and, significantly, the definition of what constituted a political prisoner. Prior to the Supreme Court decision that led to his deportation (thereby consigning him to a further six years in jail), his incarceration became a rallying point for the Irish American community, which was promoted enthusiastically by the Irish Northern Aid committee, better known as Noraid. The organisation highlighted Doherty’s predicament in order to publicise the plight of all those fighting to end British rule in Ireland and to raise money on behalf of hard-pressed nationalists.  As far as the British and their US allies were concerned, it was merely a front for the Provos. They argued that Noraid funded the purchase of arms which were then smuggled from the States into Ireland. Whether it did or didn’t is not the concern of this book. The author is far more interested in the internecine conflict between the men (few, if any, women get a mention) who headed the organisations purporting to represent the best interests of Irish citizens in the northern war zone. For several reasons, that makes it a tough read. For a start, the alphabet soup of acronyms – IAC, INA, INC, IDAF, IPOW, NAIJ, ACUJ, AFL-CIO, IPOW, ISDOJ, BIS and FARA – is a pain. But that’s by the by. It is the narrative itself, with its thicket of otiose information, which lacks lucidity. Robert Collins has carried out meticulous research. Hats off to him for that. Yet, sadly, what has clearly been a labour of love for him will not find much love among readers. His account is replete with the minutiae of arcane political divisions, most of which are explored to little genuine effect. 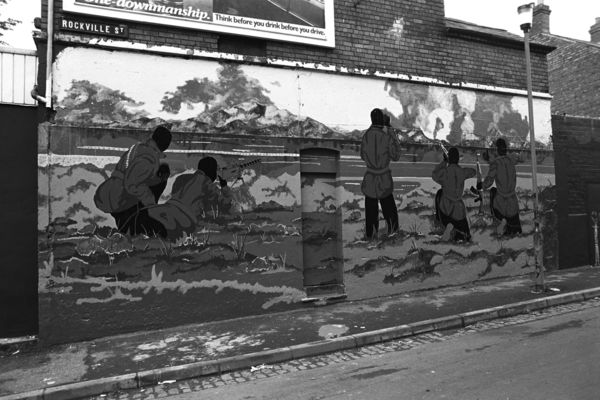 Living With Ghosts, The Inside Story From A ‘Troubles’ Mind is published by Merrion Press, £16.99. (Áras Uí Chonghaile will host a conversation with Barney Rowan at 7pm sharp on Monday 19 September to mark the publication of this new title.) 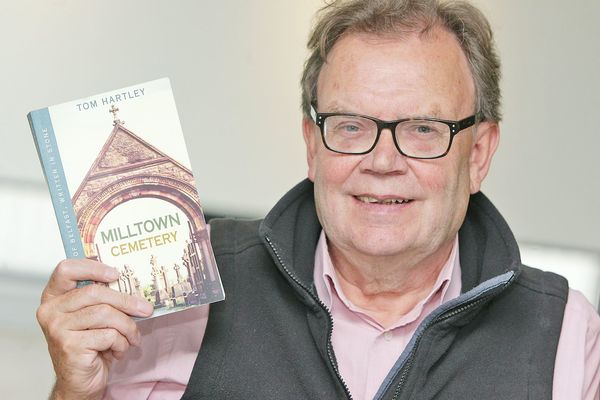 Tom's books on Belfast cemeteries are back in print

TOM Hartley’s three books on Belfast graveyards are back in print.