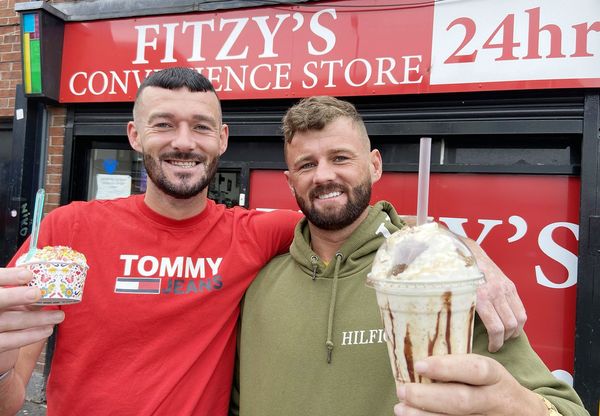 Nominated for this year’s Best of the West in the Best Ice Cream category, Fitzy’s Treat Bar, part of Fitzy’s 24hr Convenience Store, has been a family-run institution on the Falls Road since it was opened by Gerard Fitzpatrick and his two siblings and has since developed into a proper community service, with the business sponsoring local football teams and community activities. Fitzy’s is most renowned for their Kinder milkshake and Kinder waffle, all generously topped with their award-winning ice-cream. Doing both collections and delivery, Fitzy’s offers its services throughout the night for anyone who might fancy a midnight snack. Speaking on the nomination, Gerard Fitzpatrick said: “One of our drivers told us we’d been nominated and it was a bit of a shock, and we really appreciate that we have been nominated and it’s brilliant to be up there in the nominations. I would recommend people to come in and have a taste of everything, because it’s always good at Fitzy’s.”