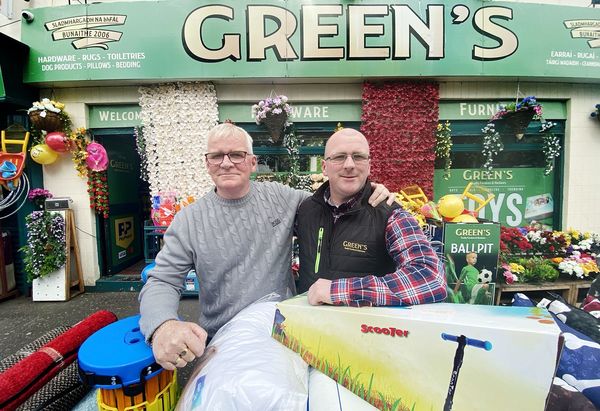 Based on the Falls Road, Green’s is a family-run store that has been serving the community since 2006.  Founded by Martin Green, the store has been passed on to his sons who have continued this local success story. The shop is a veritable Aladdin’s cave of items – if you need it you’ll likely find it at Green’s. From household goods, kids’ toys, hardware and even furniture, it’s all there in store.  Martin Green Junior said being nominated for Best of the West is like “hitting the jackpot”. “My da started off rapping doors and selling video tapes and then he had a stall in the town,” Martin said. “He eventually got a wee shop, and it just grew from there. He worked his way up and then he passed it on to us. “When we opened in 2006 we were one of the smallest shops on the road, and it’s now got to the point where we’re one of the biggest.”