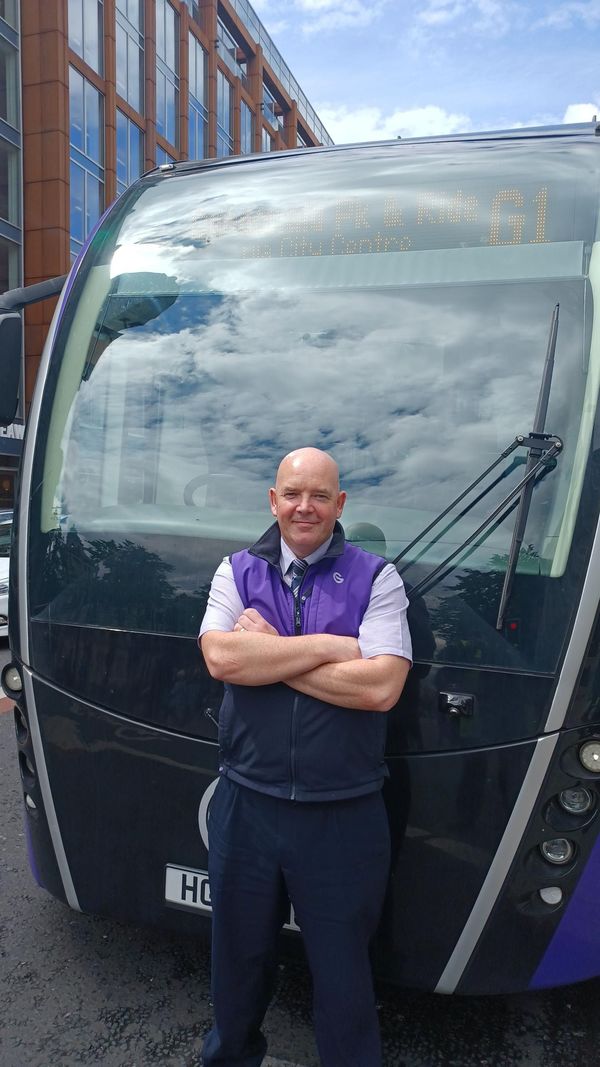 Translink Driver of the Year Finalist

Martin has been a Glider driver from the very beginning and takes his driving very seriously, with an impeccable safety record.  Indeed, even when he has been involved in an accident, his actions have helped avoid serious injury. A recent example was an incident where a car pulled out of a junction unexpectedly. Martin reacted decisively. He swerved out of the way safely and as best he could and while contact was still made, his actions ensured no serious injury to the occupants of the car occurred. This has since been used as an example for other drivers on how to drive defensively. Martin is an excellent member of staff, who shows respect for his colleagues and customers alike. Quiet, unassuming and with great commitment to the role, he epitomises the Translink spirit and everything a bus driver should be.