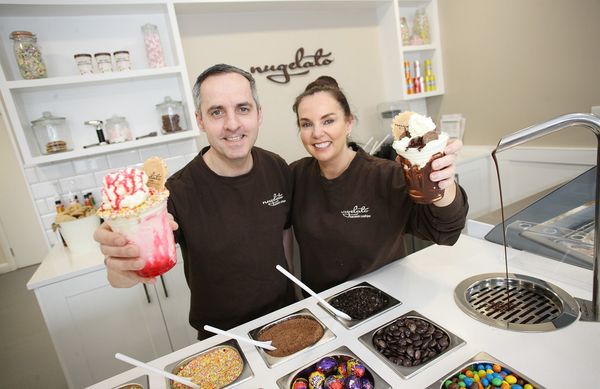 Nugelato on the Andersonstown Road has only been on the scene in West Belfast for eight weeks , but it has already been nominated for Best Ice Cream in this year’s Best of the West, showing both how quickly it has earned loyal customers, and how good their product is! Nugelato is a franchise which has stores across the North. Originally from Newcastle in Co Down, it has shown its strength as a business and how popular their ice-cream is. It’s widely known for its renowned ‘Nuggy Pots’, ice-cream pots with chopped up chocolate bars, fresh cream and a homemade wafer that come in flavours such as Kinder Bueno, Snickerbocker Glory and even Haribo. Nugelato also has some amazing gelato to serve by the scoop too in seemingly every flavour under the sun, including dairy-free options. Store manager Tracy Gilligan said: “It’s great to be nominated, our family is originally from Andersonstown Road, and my mum and dad had a shop, Snoopy’s, which used to be an institution back in the day, so it’s great to back on the Road again and everyone has been so supportive to us. We’re seeing a lot of old faces from when we were younger and it’s great to be back in the heart of West Belfast again.”