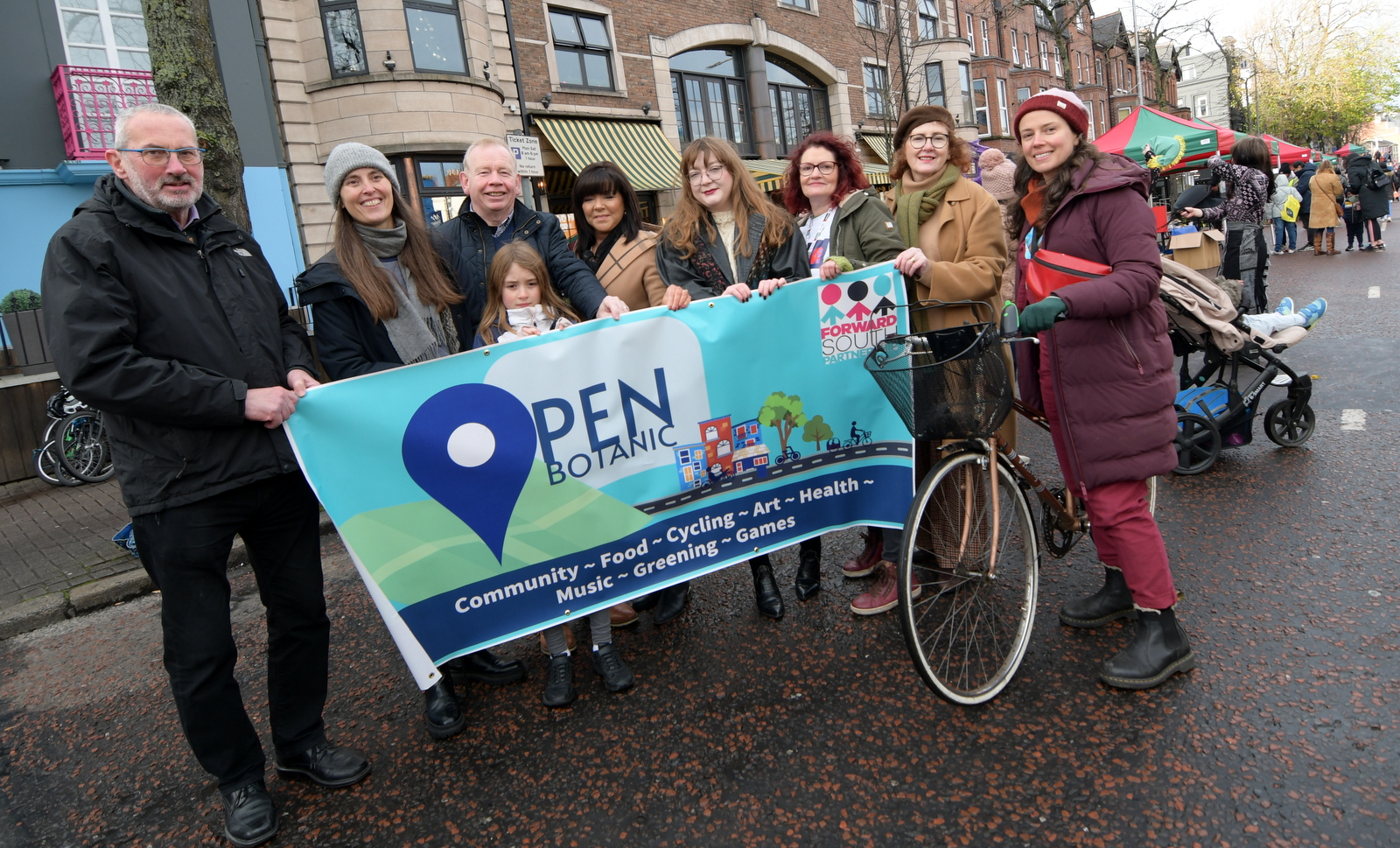 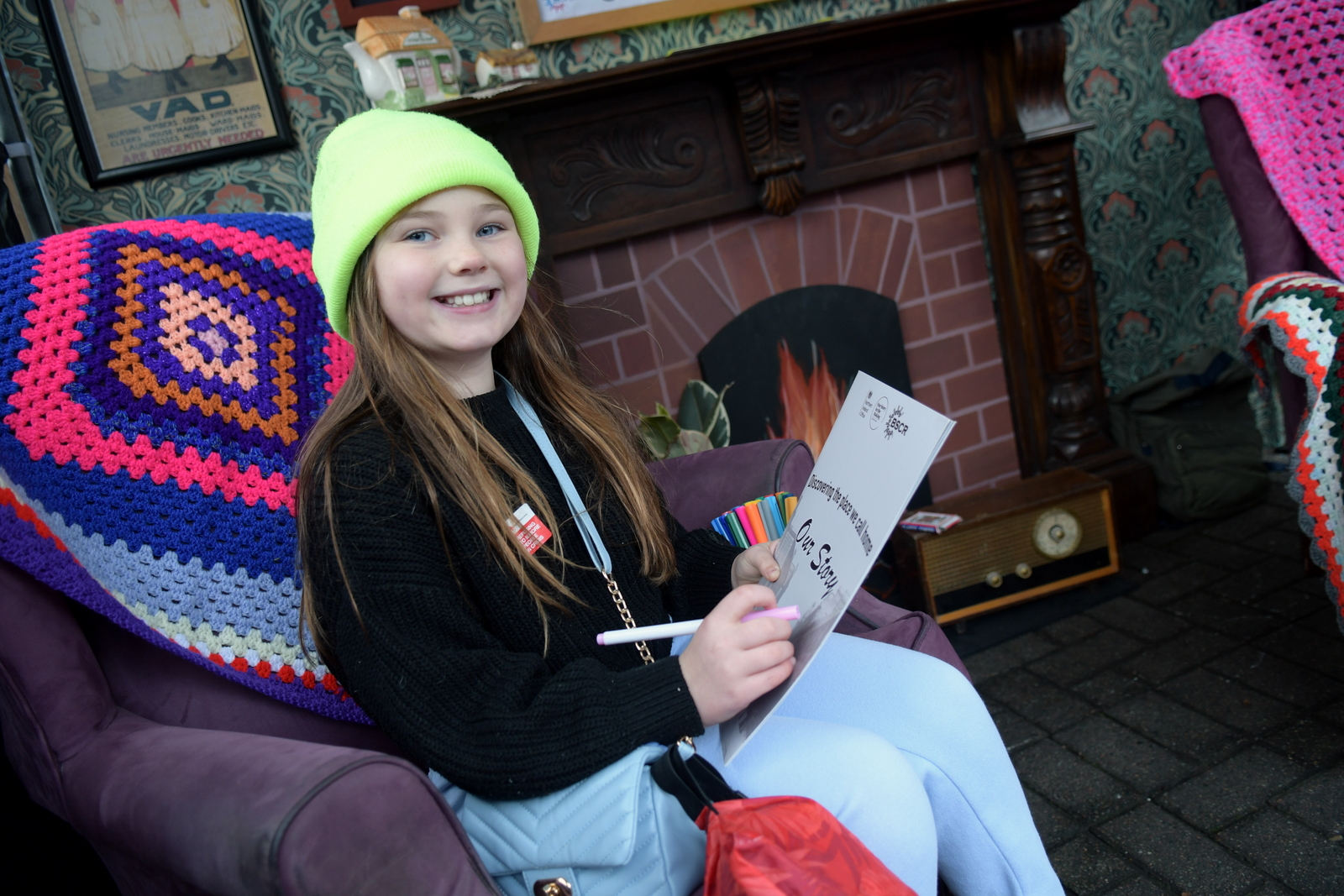 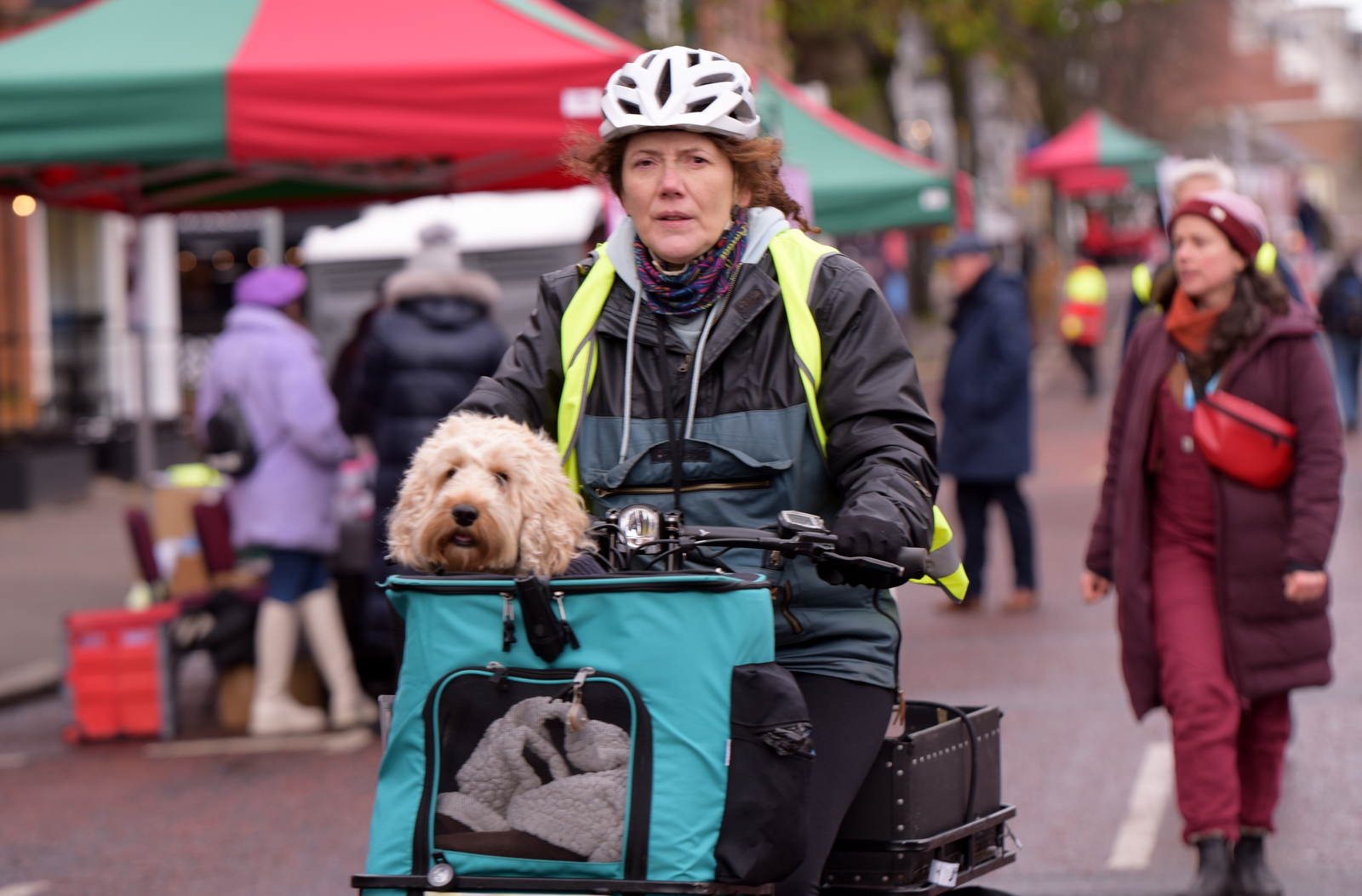 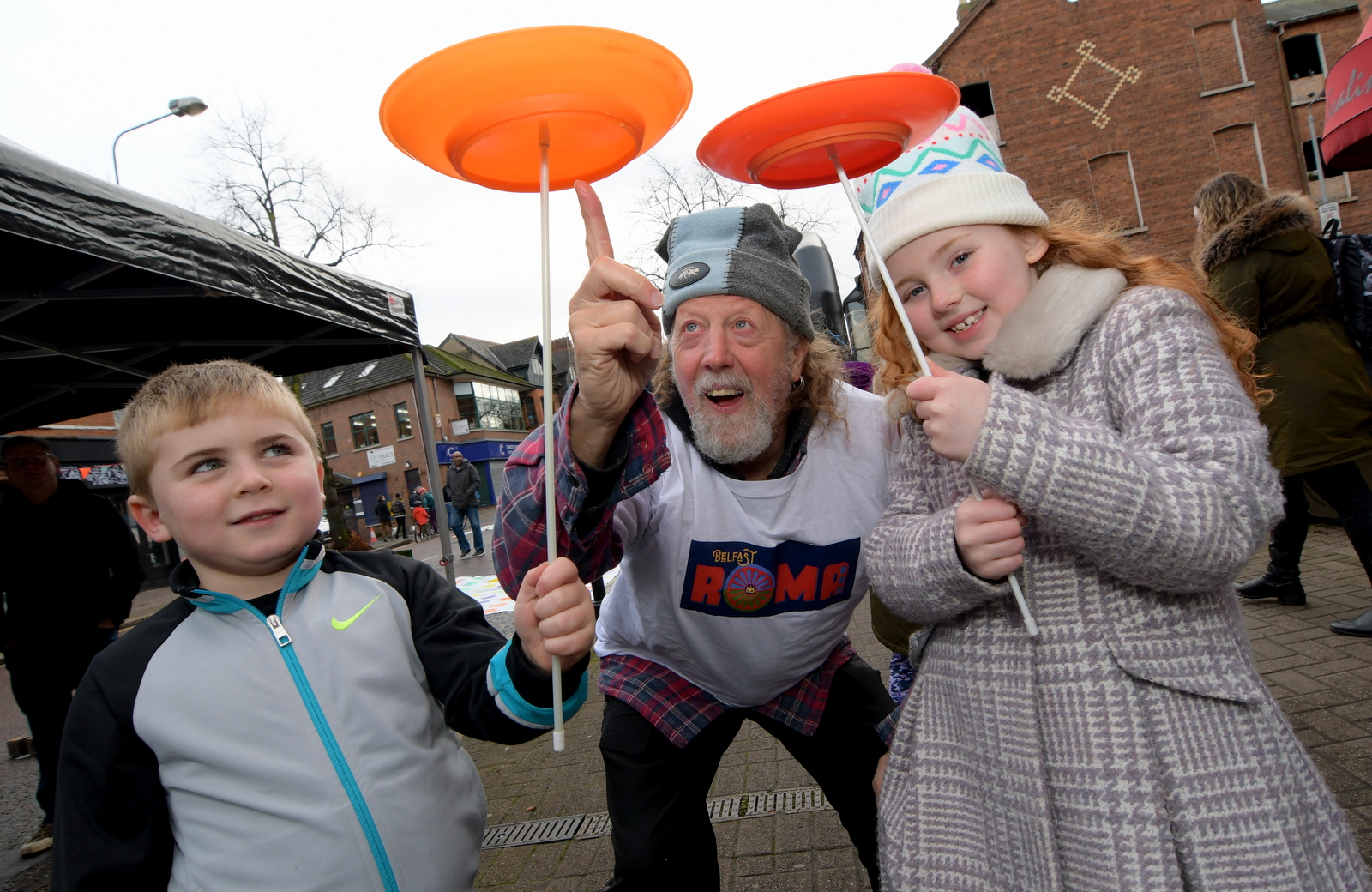 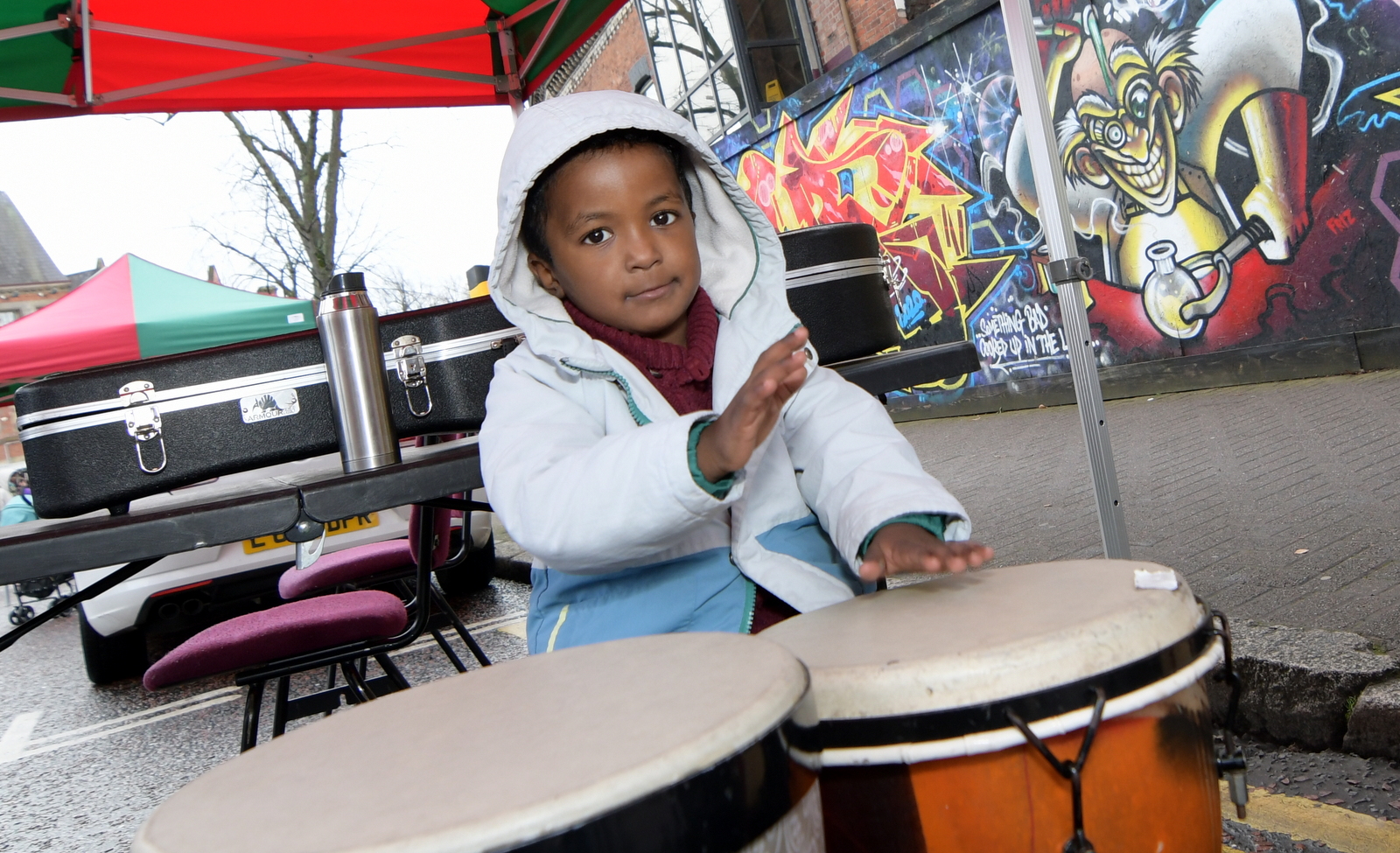 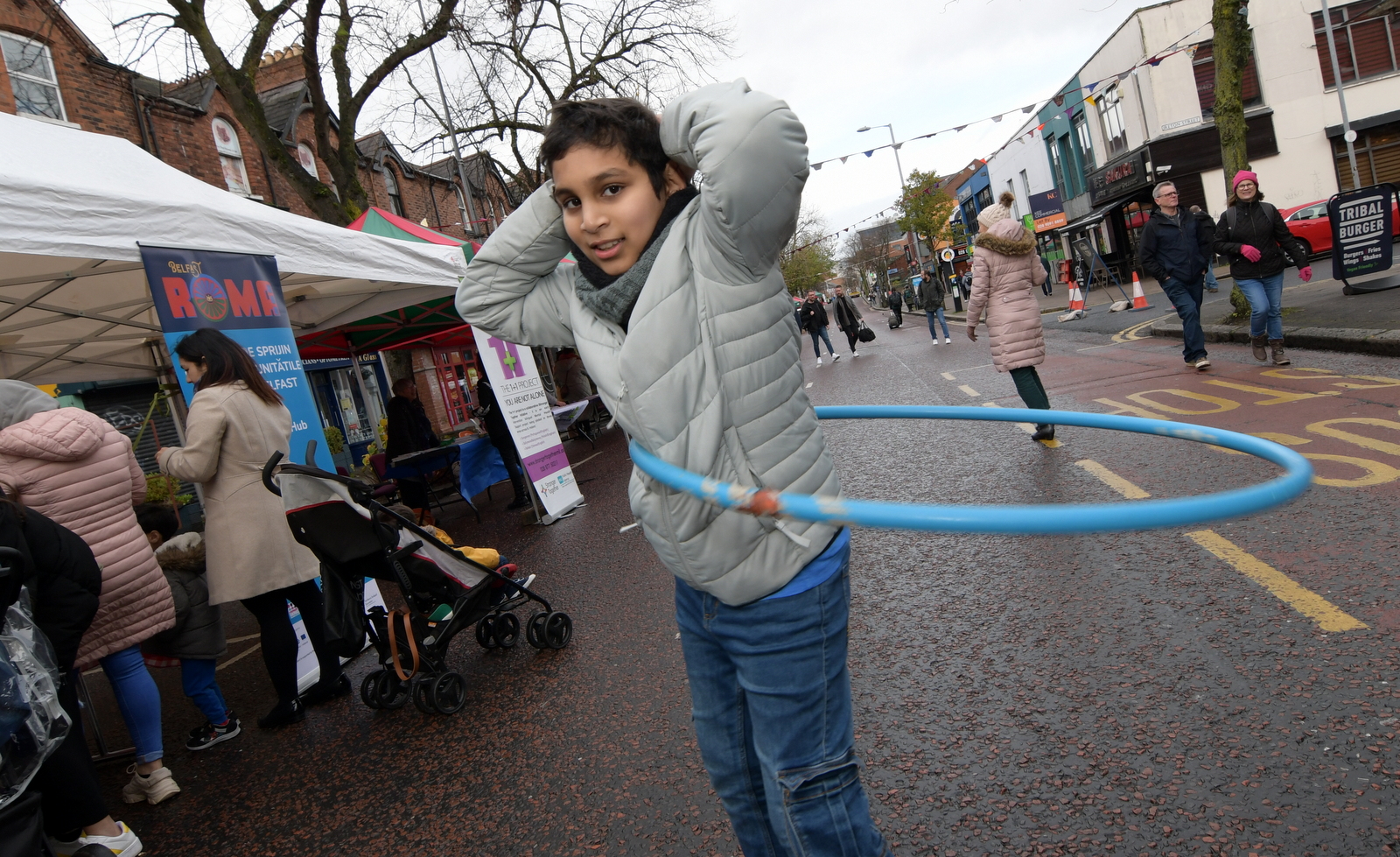 The Open Botanic Festival explored the possibility of this busy road being permanently pedestrianised in the future.

Four community groups from Donegall Pass, Sandy Row, the Donegall Road and the Holyland area are working on a consultation process designed to make Botanic Avenue a much more family-friendly space.

The work of the groups forms part of a wider discussion with Belfast City Council and its Bolder Vision Strategy, which includes plans to redevelop Shaftesbury Square. Among the ideas being considered is the possibility of pedestrianising Botanic Avenue.

Briege Arthurs, CEO of Forward South Partnership, said they want people from the area to have a say in shaping the future of this part of the city.

"Often as areas are redeveloped, local voices are not considered," she said.

"There has been significant discussion around making Shaftesbury Square more accessible, safe and friendly and it’s important that people are heard."

These community groups worked collaboratively with Queen’s University Belfast architecture students to design a range of kiosks as part of the festival.

Lawrence Street Workshops, a local collective of artists and craftspeople, led by Martin Carter, was involved in supporting the students, generously offering skills, resources and time toward making the festival a reality.

Forward South worked in close collaboration with experts in architecture and planning at Queen’s University Belfast. They carried out extensive research into the issues affecting this part of the city last year.

Dr Martire explained that this event could be a catalyst for shaping the future of Botanic Avenue and how people will live in a more environmentally friendly and pedestrianised area.

“It’s been eye-opening and amazing to work with the community groups," she said. "So much is going on in this vibrant space but there’s a perception by local people that they don’t have the power to have a say in their own area. This project is giving them a voice in their future.

“One of the main issues highlighted is a lack of space for people to walk or cycle. Parked cars and heavy traffic leave very little room for people to navigate Botanic Avenue on foot or bike.

"It’s particularly difficult for people with young children, prams or in wheelchairs. Other cities in Europe have begun to pedestrianise busy streets and research has shown that it actually boosts trade and footfall. It’s good for business and it’s good for people.”

The project was organised by Forward South Partnership in collaboration with Queen’s University Belfast and is supported by the Department for Communities, Northern Ireland Housing Executive, Public Health Agency and Ormeau Business Park.