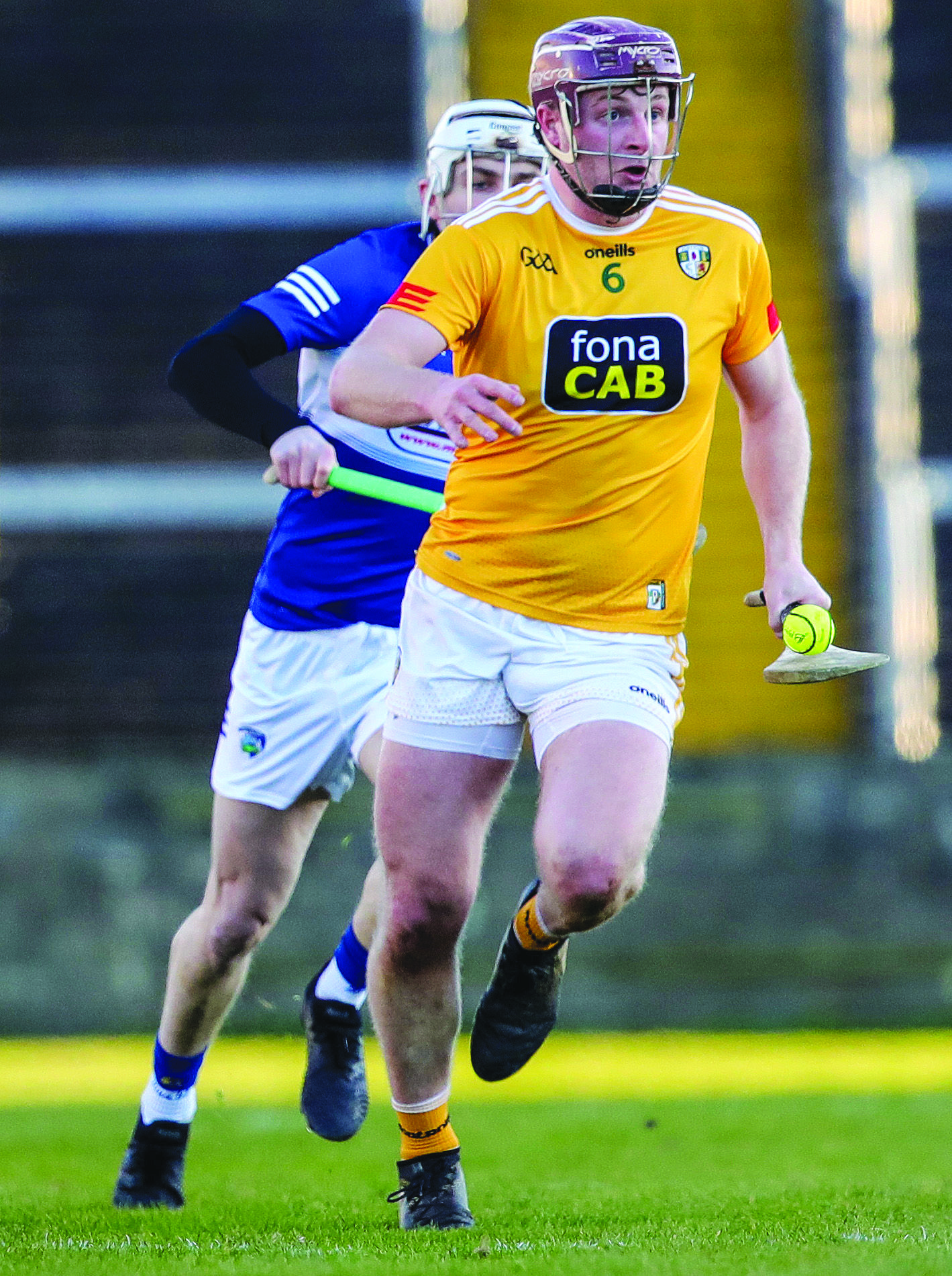 IT’S out of the frying pan and into the fire for Antrim this Saturday as they jump straight into the race for the Liam MacCarthy Cup as Cork are the visitors to a sold-out Corrigan Park.

The Rebels looked like they may have been suffering something of a hangover from last year’s All-Ireland final defeat to Limerick early in this year’s Munster Championship campaign, but they rallied superbly to defeat Waterford and then Tipperary to secure third place in their home province and a playoff against the Joe McDonagh Cup winners.

That, of course, is Antrim who came through an epic battle with Kerry at the weekend - a victory better for the soul than the heart of Antrim fans as they watched their side hang on towards the end a little.

There are issues to be addressed this week in terms of being, meaner defensively as Cork with ruthlessly expose even the slightest mistake, but they have also proven they have the attacking unit to cause anyone problems.

They want to hurl at the top level and the desire to mix it with the best will be sated on Saturday with Kieran Kingston’s star-studded side brimming with household names such as Patrick Horgan (named on the bench), Darragh Fitzgibbon, Conor Lehane and Shane Kingston making the trip north.

So far this season, Antrim have achieved what they would have liked in retaining their Division One status in the League and recapturing the McDonagh Cup that gives them entry into next year’s Leinster Championship.

However, that does not mean the are treating this game as bonus territory as team captain Eoghan Campbell insists they will be determined to prolong their summer and set-up a quarter-final meeting with Galway.

“Cork are coming to Corrigan Park and we have it made a bit of a fortress,” he said after Saturday’s win at Croke Park.

“It’s not an easy place to come and we’re not going out to make up the numbers or that it’s a day out for Antrim people. It’s a match we’ll be targeting and have every thought in our heads of going out and winning it.”

Planning to attend Saturday’s game? Free, secure, off-road car parking is available at St Louise’s. It’s a short walk to the pitch and you will have easy access to the motorway when you return to your car. pic.twitter.com/0PJByfcPB9

The Cushendall man was forced to play through the pain barrier in the closing stages at Croke Park having felt his hamstring go, but will be hopeful of leading the team at Corrigan Park on Saturday.

It has been the way from the inception of the McDonagh Cup that the finalists are out the following weekend (bar 2020 and 2021 when the All-Ireland format changed due to Covid) and while it is a huge boost to get straight into a shot at the big prize, it also gives little time for recovery.

Campbell admits another seven days to fully enjoy their weekend triumph before turning their attention to Cork would have been nice, but is not complaining and says he and his team-mates will use the week to refresh and get ready for what should be a huge occasion with a bumper crowd at Corrigan Park.

“You probably would (like a week off before Cork),” he agreed.

“It’s very strange myself as it’s the first muscle injury I’ve had. This week is going to be about recovery and just get the bodies right.

“I think my hamstring went about the 60th minute when I went to make a turn, but then saw the clock and four minutes (to go) and thought that’s no problem, I’ll get to there, but then they put up six minutes (injury-time) and I nearly had a heart attack.”

Momentum may have ended up with Kerry on Saturday despite Antrim finding a way to manage the game out, but they will certainly have plenty of it heading into the Cork clash.

Not just the players, but all those who made the trip to Dublin and will pack the terraces at Corrigan Park on Saturday.

Campbell was the man to accept the cup on behalf of the team and while a proud moment personally, he is also aware of how significant days like this are to hurling in the county going forward.

Both Hurling prelim quarter-finals will be shown on the service this Saturday. Matches available worldwide. pic.twitter.com/u0cJBBKDx8

“Our supporters outnumbered Kerry and when we got a score there was a huge roar that was a massive lift,” he acknowledged.

“It’s great the amount of kids down there today: U14s, 15s and 16s all out there and for them to see Antrim hurling at Croke Park and people going up the Hogan Stand is what we need.

“That will drive them on massively and something for them to look forward to, knowing there’s a chance they can get to Croke Park.”

It will be big games against big names for the foreseeable future as Antrim are dining at the top table beginning on Saturday.

Next year’s Leinster Championship and group games against Kilkenny, Galway, Wexford, Dublin and Westmeath will only help develop the team and Campbell agrees this is where they need to be to make the next step.

“That format will suit us,” he opined.

“You saw it with the League and not having it last year was a big dent to us. It was massive for us to win today, no point in lying about it; massive for us to be up there and have that round-robin next year and have a good crack at it.

“It’s vital for us, not just next year, but the years going forward as we need to stay there.”