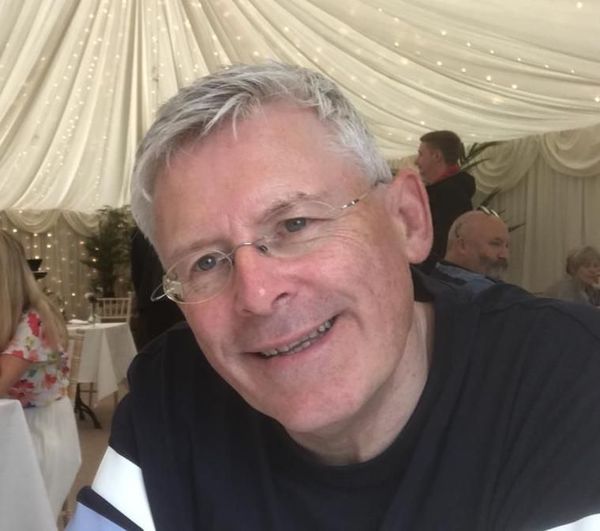 School website: www.hazelwoodcollege.co.uk
Subject:  English.
Your place of birth: Tyrone.
Studied at: University of Ulster; QUB; NUI Maynooth.
First Job: Delivery boy.
What it taught me: I began my working life in 1970, aged 14, in Lipton’s supermarket in Castle Street. Most of my deliveries were to houses and shops in the local area, and that included Smithfield Market, the Lower Shankill and the Lower Falls. The first time I came across sugar cubes was when I delivered them to possibly the only Chinese restaurant in the city centre at the time, in King Street. From the vantage point behind Lipton's plate glass windows, I watched demonstrations, marches and riots.
Afterwards, I cycled up through the rubble, the twisted carcasses of buses and the pungent aftertaste of CS gas. Inside the shop, however, employees and customers of both denominations coexisted in harmony, working together, shopping together, serving each other, celebrating Christmas, Easter, birthdays, even marrying one another. My first job taught me many things, but chief among them was that not even the worst of sectarian violence can ever completely divide a community.
Family/status: Married, with two children, Lisa and Simon, and two grandchildren, Etienne and Jude.
Best advice anyone ever gave you: "Compare and despair." It is my fault that I was in my fifties before I had the ears to hear this, and it might have saved me a lot of "despair" had I been able to take it on board sooner.
Best advice you could give someone thinking of a teaching career: "Know thyself.” Children are the best people on the planet at "pushing our buttons", and if we don't know what those buttons will release, we can easily find ourselves in difficulty. Frequently, children will "act out", and we can find ourselves angry, frustrated and over-reacting. I know teachers who were born calm – I wasn't one of them. Nowadays, thankfully, we enter the classroom without weapons. In the old days they had straps and canes and sarcasm and detention and draconian Principals and any number of ways of humiliating children. Nowadays, we rely on the building of good relationships, and for a teacher that means "knowing thyself".

I left school at 15 without a single academic qualification and went to London for to work. After the birth of my daughter, in my mid-twenties I began my academic career, taking my first O-Level at a night class in St Gemma's in Ardilea Street.
On the wall of one of the corridors someone had pinned a poster showing a plough almost buried in grass at the age of a field. The caption read: "Wear out, not rust out!” and that has been my mantra ever since. Subsequently, I gained a place at the New University of Ulster to study English, won a prize in first year for ‘Most Promising Student’, took my degree, then went to QUB to take my PGCE, and afterwards an MA in Irish Literature. In my fifties, I trained in Maynooth as a counsellor, and have been practising part-time ever since. During that time, I also published two novels, ‘The Auditor’ and ‘The Lighthouse Keeper’. My own educational journey has kept me alive to the fact that the journeys the children I teach take may be as wayward as my own. We don't all have to arrive at the same destination at the same time.