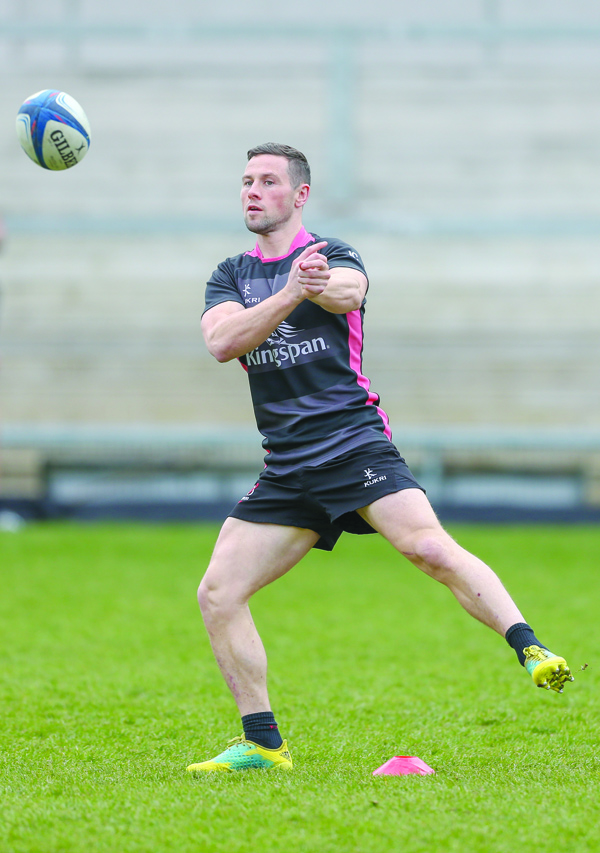 WITH two wins from two already in this season’s European Champions Cup, Ulster will attempt to make it a hat-trick when they host Harlequins on Saturday afternoon (3.15pm).

Dan McFarland’s side opened their campaign with a win away to Bath before taking down Clermont Auvergne two weeks ago and it’s another English Premiership club in their sights who they will play back-to-back in a series of games that could have a huge bearing on their hopes of reaching the knockout stages.

The sides last met at the same stage of the year back in 2017 with both winning their home games, but so Ulster will be hoping to take advantage of a packed Kingspan Stadium to drive them on against a team that is littered with experience including England internationals Kyle Sinkler, Danny Care, Joe Marler and Chris Robshaw.

However, Ulster have been in fine form of late with three ins in as many games including two in the Champions Cup and scrum-half John Cooney is hopeful they can maintain momentum heading into two huge games against Quins.

“It’s the back-to-back games that are the big ones,” he told the BBC this week.

“Last year we went away to Scarlets and put in a huge performance, and then beat them at home as well, which really gave us a lot of momentum. If we can do the same, then that will put us in a brilliant position.

“We have good momentum now and it is important that we continue it and that we play with confidence.”

Harlequins began their campaign with a heavy defeat against Clermont, but recovered to defeat Bath in their second game, so will travel to Belfast with high hopes of grabbing a win that will ignite their challenge before hosting Ulster at The Stoop next week.

“They had a big win against Bath at home and we played them two years ago, which was a really tight game,” added Cooney.

“We know how difficult it is against them and it is important that we start well.

“We know that if we put them under a bit of pressure on them in this first game then it may be a bit different in the second one.”

Cooney put the disappointment of missing out on the World Cup behind him with some excellent performances his year.

He still admits he can improve his game and is concentrating on delivering a good display this weekend.

“In some games I’ve kicked well but not passed as well, so I’ve high standards that I try and meet,” Cooney added.

“I missed an easy kick against Bath and I knew if I responded poorly and missed another kick, then we would lose, so I always say that is about winning the next moment.”