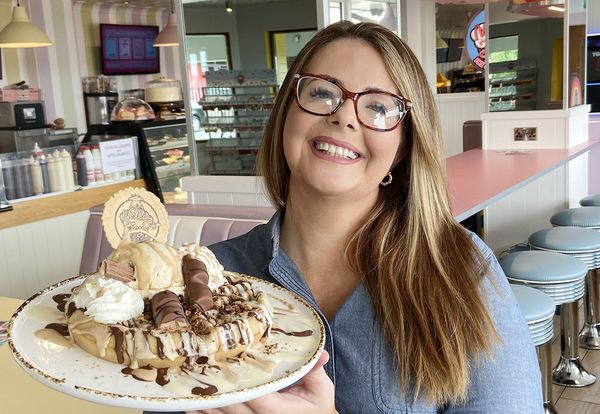 Nellie Jay’s has been open on the Stewartstown Road for just under six months, but in that time has already built up a large following of loyal customers. Nellie Jay’s offers an eclectic mix of sweet and savoury food, from Belgian Waffles, to ice-cream, to pizza. Nominated for Best Ice-Cream, Nellie Jay’s doesn’t just serve it on the cone, but on waffles, in pots and in between cookies, with flavours such as ‘Strawboffee’ (strawberry and banoffee), Ferrero Rocher and Raspberry and White Chocolate, to name but a few. A firm favourite of customers is also Nellie’s Knickerbocker Glory which contains jelly, vanilla ice-cream, fruit, fresh cream and sprinkles. Manager Briege said she was over the moon to be nominated for Best Ice Cream in this year’s Best of the West. “It’s a real privilege that our customers have nominated us and enjoyed our ice-cream so much they’ve put us forward for Best of the West,” she smiled.