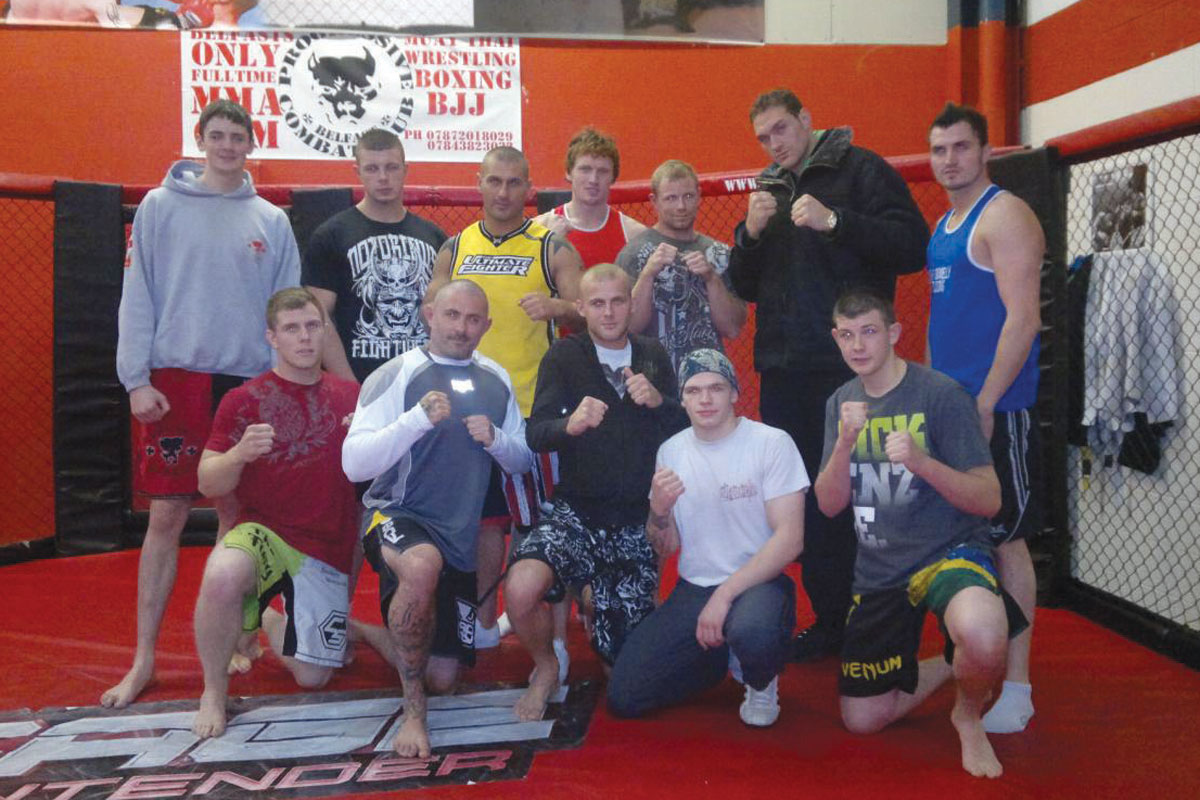 TYSON Fury believes his opponent for Saturday night’s heavyweight clash at the King’s Hall will provide another stiff test on his journey to becoming a world champion.

The British and Commonwealth champion donned an Antrim GAA jersey at a press conference on Tuesday where he came face-to-face with Nicolai Firtha (20-8-1) for the first time.

His Ohio based opponent was presented with a Kerry GAA jersey in homage to his Irish roots and revealed he would be bringing relatives up from the Kingdom for the fight on Saturday.

Fury had hoped to box for the Irish title but couldn’t find an Irish heavyweight to fit the bill. Ironically it then emerged that Firtha would have been eligible but as this fact came to light so late in the day, the Irish belt was not available so no title will be on the line.

Regardless, 23-year-old Fury says he is delighted to be back in Belfast and is glad he has a good quality opponent that will ensure the fans will be in for an all-out war.

“I’m so glad it’s happening. It’s a great venue to box at and I have a good opponent as well,” he said.

“I’m happy it wasn’t just some big fat Bulgarian. This fella is the champion of America so it will be a stiff test.

“I know he is a big fella because I stood next to him and he is about 6’6 and about 17-18 stone. I know he went the distance with Povetkin and he has fought some top heavyweights.

“He beat a guy called Tony Grano – a top American – and knocked him out in two rounds so he is a dangerous fighter. He is big and can box so it should be a good fight.

“Don’t blink because it is going to be an all-action showdown between two big heavyweights and we are both coming to win.”

The former Holy Family amateur revealed he was delighted to fight in Belfast and is hoping to provide a real show for those in attendance on Saturday.

Having been denied a place in the Irish 2008 Olympic squad over an eligibility row, the 6’9’’ undefeated star says he hopes any reservations about his Irish roots are now in the past and he can return to Belfast for a planned November show – possibly for a European title, should this weekend prove a commercial success.

“It means a lot to me to fight in Belfast because I boxed for the Holy Family club and there was a lot of stuff going round about me not going to the Olympic games and that,” admitted Fury.

“It’s just all been really good to get it sorted so now it’s sorted that I’m eligible for the Irish title. Hopefully I get over this fight because I want to get back over here in November for another fight. If this all goes well I will be back for another big fight against maybe the European champion Dimitrenko or someone like that.”

Fury has been busy in recent times. It is unusual for a heavyweight boxer to have fights scheduled just two months apart but he admits he is in good enough shape to handle this schedule after his showdown with Dereck Chisora.

With little reservations regarding his stamina, another area he needs little room for improvement is in self-belief and says he knows he is destined for a world title.

“Confidence has never been a problem with me. I have believed from day one that I am as good as the heavyweight champion of the world,” stated the rising star.

“I have always believed I was going to win a world title and I’m just taking baby steps towards it at the minute.

“I had two weeks off after the (Chisora) fight then I was straight back into training.

“I’m not a big drinker and I don’t smoke or anything so it’s quite easy for me to get back into training and stay in good shape all the time.

“If I get through this then the sky is the limit. Klitchkos - I’m coming.”