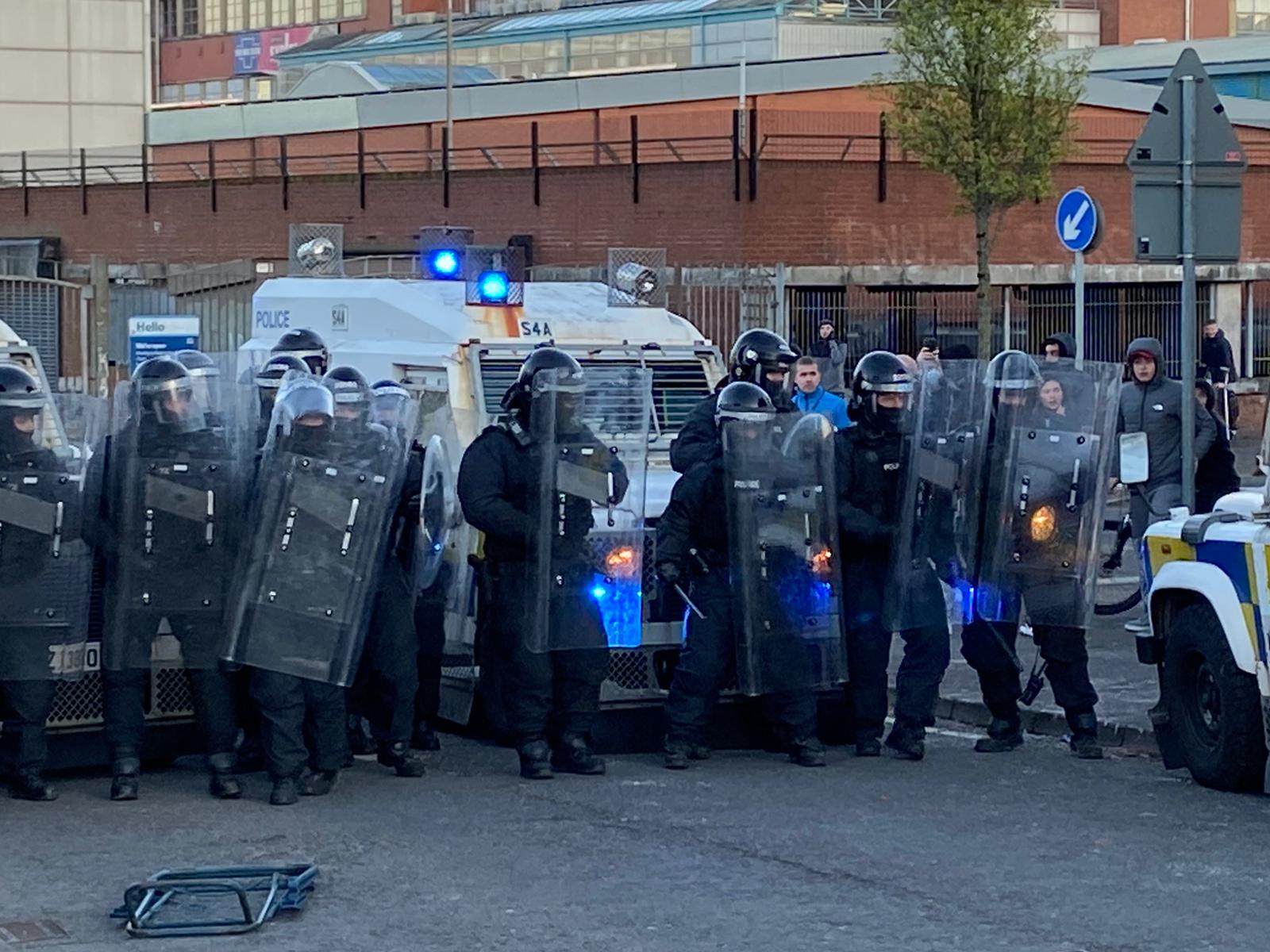 After nightfall, several hundred young people from across Belfast had gathered in the area despite repeated calls from community organisations and politicians for them to stay away from the North Queen Street interface.

One community leader at the scene said many were intent on "recreational rioting". "Last night, it was the Springfield Road and tonight it's the New Lodge," said the community worker who asked not to be named for fear that his project would be targeted for retaliation. "This is no more than recreational rioting but it is taking a real toll on residents who want simply to be left in peace. My fear is that this has the potential to spiral into large-scale disorder."

From early Friday evening, police and the bomb disposal unit were also been dealing with a security alert in Ardoyne after a suspicious device was discovered in Alliance Avenue.

Sinn Féin New Lodge councillor JJ Magee said that while hundreds of youths had gathered in the area, only a minority were involved in attacking police. "There might be 20 rioters but one hundred onlookers," he said. "The problem is that this will only get worse as the night goes on if these young people don't wise up. We have a very sensitive interface here with Tigers Bay and what the ordinary people on both sides of the peacetime want is to be left alone. Any young people gathering in the New Lodge who are out to attack the police should respect this community by getting off the streets."

Earlier in the evening, loyalists in Glengormley had blocked roads for around 30 minutes and set a waste bin on fire in what appeared to be a so-called 'Sea Border' protest. And after 9pm on Friday, there were reports of loyalists from Tigers Bay clashing with nationalist youth along the sectarian interface.