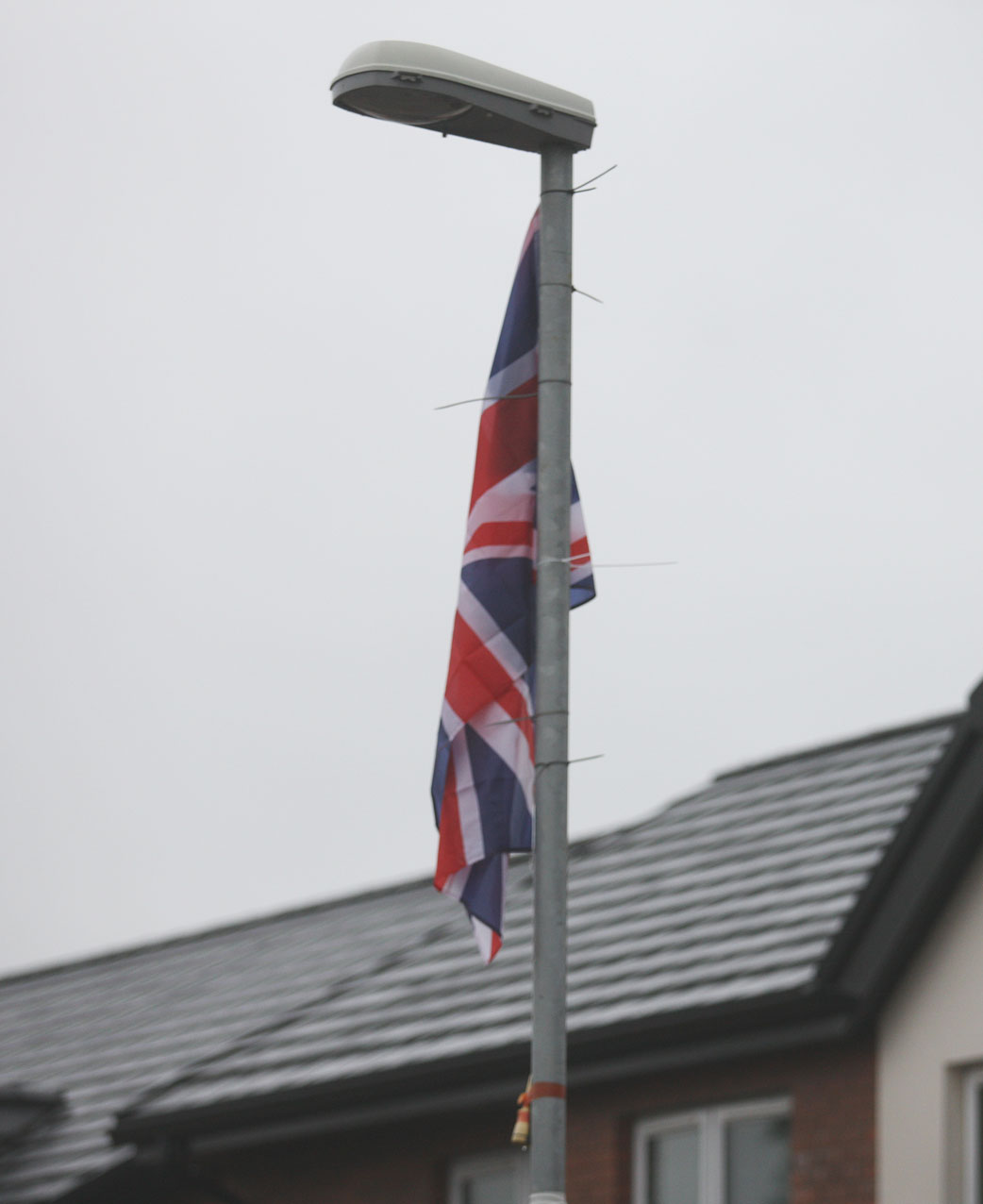 ANGER: A union flag erected at the shared housing in the Glandore area

NATIONALIST residents living in one of North Belfast’s first shared space social housing communities have expressed dismay at the appearance of unionist flags on lampposts this week.

Residents of Fortwilliam Parade in the Glandore area awoke last Tuesday morning to find union and Ulster banner flags had been put up overnight. That is despite anyone moving in signing an agreement not to put any flags or bunting up.

One resident, who did not want to be named, said it flew in the face of previous agreements.

“When we signed the agreement I thought that meant the area would be flag free but I was wrong. This is intimidation, pure and simple.”

A spokeswoman for Choice Housing said they were aware of the flags.

“Delivering and supporting safe neighbourhoods that are respectful of all traditions is a core priority for Choice.

“Choice has been advised by community groups and the PSNI that the forced removal of flags could lead to the erection of numerous other signs and flags in an area and potential social unrest. Choice has a duty of care to our tenants and staff and the forced removal of flags and emblems would increase personal safety concerns of our staff and contractors and may create local community tension.

“Choice will continue to liaise with local community representatives and the PSNI in relation to any concerns raised by our tenants regarding flags and emblems.”

“There has been a recent proliferation of these loyalist flags which are clearly intended to intimidate residents living in mixed communities and near interfaces.

“This latest incident of intimidation on Fortwilliam Parade is at a shared housing scheme and is completely unacceptable.

“We have spoken to the housing association that owns these homes urging action and we have advised those residents affected to make a report to the PSNI.

“This is just one in a series of similar incidents across North Belfast including in Glengormley and the Oldpark area.

“People have the right to live free from intimidation and statutory agencies have a duty to protect residents from this type of sectarian harassment.”