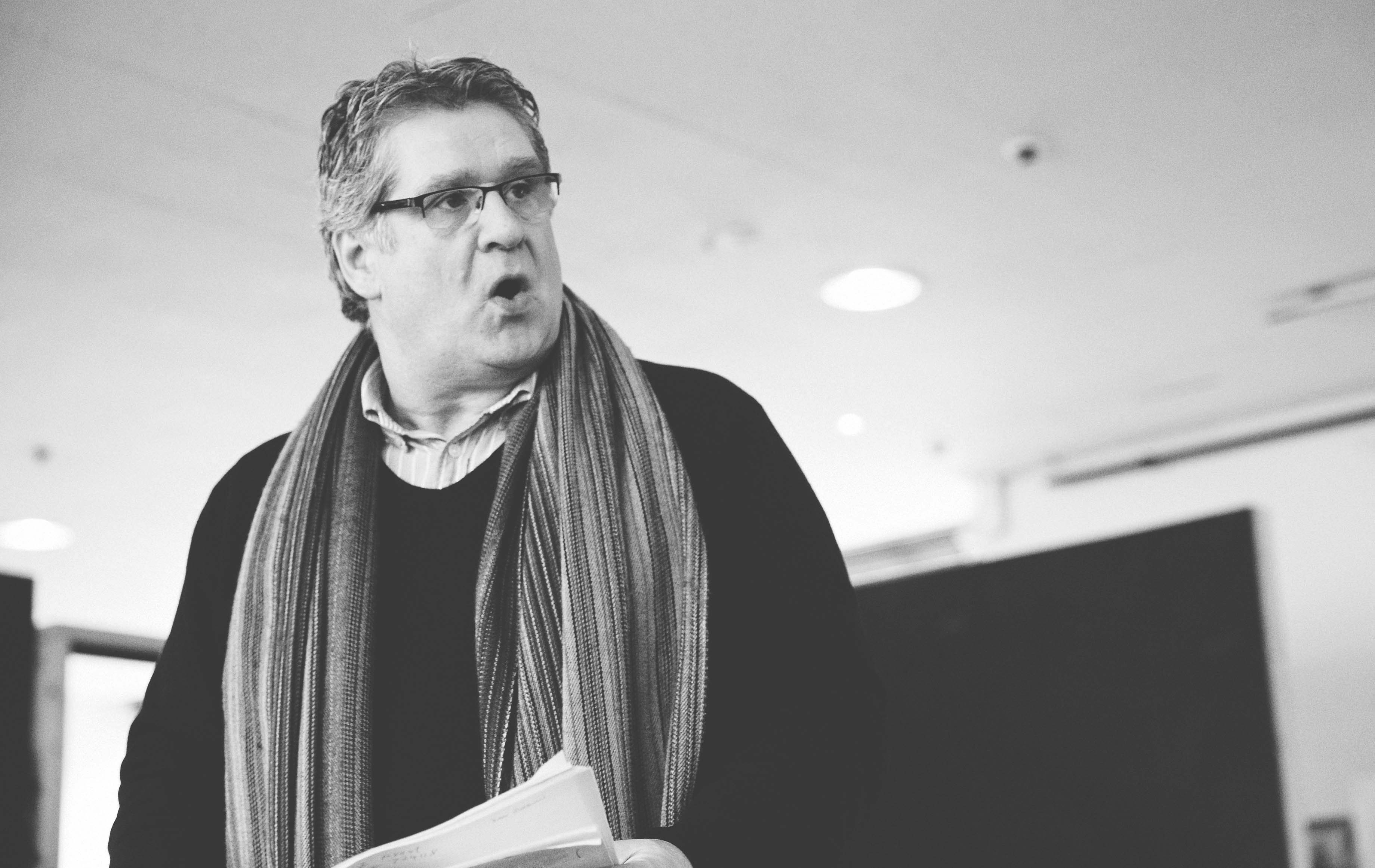 Belfast actor Dan Gordon is about to make his long-awaited debut on the Lyric’s Danske Bank Stage in the theatre’s new co-production with the Abbey Theatre of Sean O’Casey’s masterpiece The Shadow of a Gunman.

Best known for his portrayal of Red Hand Luke in the BBC Northern Ireland sitcom Give My Head Peace, Dan also starred in Marie Jones’ acclaimed play A Night in November in the old Lyric Theatre in 2002,and directed her sell-out play Mistletoe and Crime at the Lyric in December 2014.

Dan plays the role of Adolphus Grigson, an Orangeman living in the same Dublin tenement slum as Donal Davoren – a romantic poet mistakenly believed to be an IRA gunman in hiding by his neighbours. Sensing that this assumed identity is winning him the respect and love of those around him, Davoren does nothing to discourage the deception, but when the city is placed under curfew his fantasy starts to feel uncomfortably real.

Funny, profound yet ultimately tragic, the play offers a window onto the horrors of conflict and the allure of appropriating an alter ego when the admiration of others is at stake.

This new production – the first Gunman at the Lyric for 10 years – is directed by Wayne Jordan and stars award-winning Mark O’Halloran (Adam and Paul, Calvary), Amy McAllister (Philomena, Ruby Strangelove Young Witch) and David Ganly (Shakespeare in Love, The Weir) in addition to Dan Gordon.

Executive Producer Jimmy Fay said: “Sean O’Casey is one of the most brilliant Irish writers of the last 100 years and we’re really excited to be partnering the Abbey to bring this vibrant new production to Belfast and Dublin.

“I’m a big admirer of Wayne Jordan’s work and I’m sure that audiences will be as delighted as I am with the fresh approach to the play that Wayne has taken. This is a fantastic play that manages to be genuinely funny without shirking away from the realities of war, and it feels as contemporary today as it did in 1923.”