Another three points for Super hoops 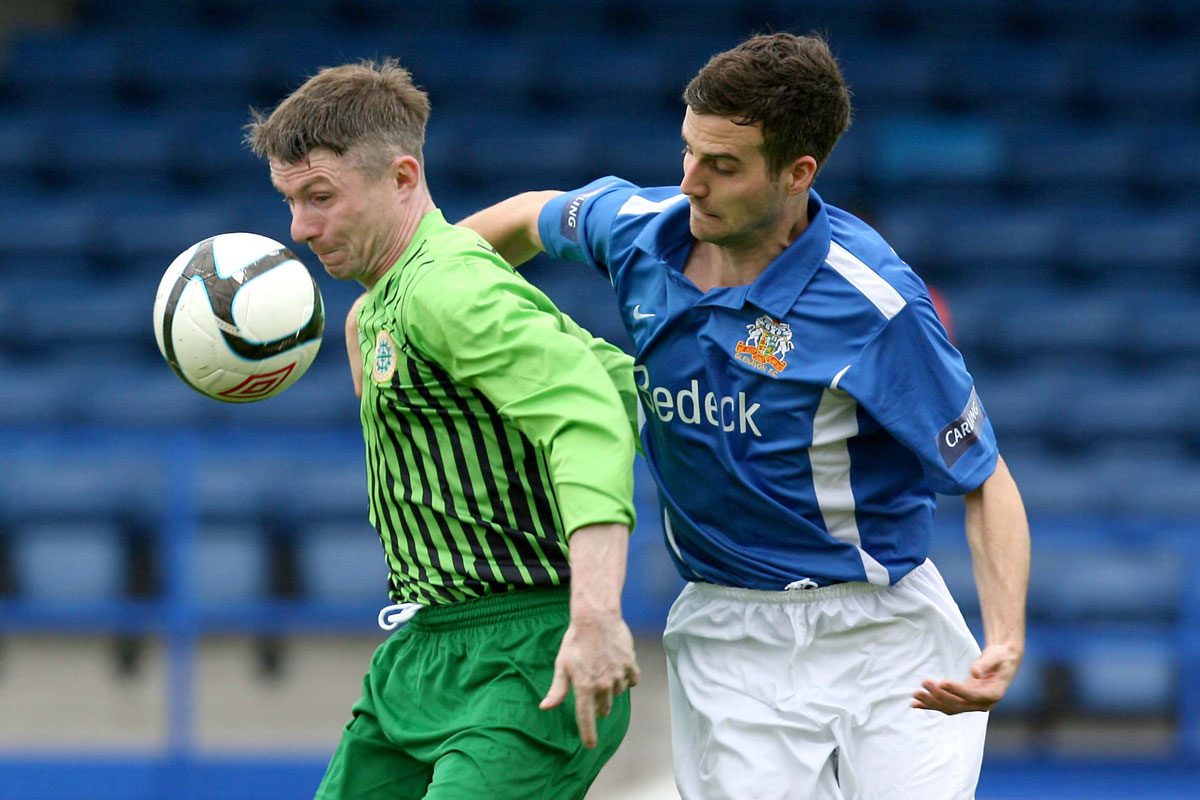 WHAT a difference a year makes. Last Saturday we travelled to Mourneview Park in Lurgan to face Glenavon in the Carling Premiership and, fresh from our victory over Crusaders, the supporters were slightly more optimistic than this time last year.

Rewind to the same fixture last season where we had Marty Tabb as manager and Ryan Henderson making his debut for us coming on as a sub. After one win from our opening six Carling Premiership fixtures the supporters’ confidence in the management, players and the board was at an all time low.

Fast forward 12 months and it is a totally different story. Now we have a management team and a group of players on board who, from the start of pre season, have installed belief and optimism in the eyes of the supporters. Now confidence in the management, players and the board is at an all time high.

I decided to leave an hour early for this game as the last time I drove to Mourneview Park I ended up driving round Lurgan for half an hour and I missed the first 20 minutes of the game, so with my Sat Nav switched on, me and Sally (that’s my car by the way, not my wife) headed down the motorway.

I got there about forty minutes before the game and outside the ground the God squad where out in force handing out flyers telling people that the end is nigh and that we all had the chance to redeem ourselves in the eyes of the bearded one.

When I got inside I was watching the players warming and noticed Paul Bradley was not in the squad.  I called him over for a yarn and he told me he had suffered a foot injury in the Crusaders game so he is out for a while.

This was not good as ‘Pidgie’ has been a rock in the centre of our defence so far this season.

For this game Paddy Kelly set out a 3-5-2 formation with Liam Bradley, Decky O’Hara and Jonny Harkness at the back, Eamon McAllister, Ryan Henderson, Stephen McAlorum, Thomas Lamb and new signing Jody Lynch in the middle with Paul McVeigh and Darren Murray up front.

The players were wearing our new lime green away kit. I can’t say I’m too keen on it, I think it would have looked better with black socks and shorts but then I’m no Gok Wan.

The first chance of the match went to Glenavon with former Ballymena striker Kevin Kelbie heading well wide. Liam Bradley was starting to fit in well at right back for us dealing with everything that came his way with ease.

Ryan Henderson had an early chance when he was clean through on goal but his shot was well saved by Andy Coleman.

Former Glenavon player Stephen McAlorum was marshalling the midfielder well for us winning balls and getting them to the wingers.

Mackers also had a great chance to score early on after a goalmouth scramble in the Glenavon box but the ball was hoofed into row Z.

Jonny Harkness was then shown a yellow card for a tackle on Niall Henderson and from the resulting free kick DC ‘keeper Robert Robinson had his first save to make and dealt with it comfortably.

After that it was all DC. Darren Murray, who up until then had done everything but score, tried to lob his former team mate at Newry City Andy Coleman but the ‘keeper tipped it over the bar.

This signalled the half time whistle and the teams went in at 0-0.  We started the second half on top and that wee man Eamon McAllister was flying up and down the wings, in and out of midfield and generally being a thorn in the side of Marty Quinn’s men and it was clear to see that Glenavon couldn’t cope with his pace.

On 50 minutes he fed a ball through to Paul McVeigh, who fired a pinpoint cross into the box.  It seemed all Darren Murray had to do was get his head onto the end of it but he tried a scissor kick instead and it went wide.

New signing from Cliftonville Jody Lynch was having a great game for us on the left wing. On 55 minutes he made a great run into midfield and unleashed a powerful shot that went just over the bar.

On 61 minutes Ryan Henderson started and finished a wonderful piece of football from DC. He exchanged passes with Eamon McAllister before crossing to Paul McVeigh who crossed the ball into the box for Henderson to slot home what would be the only goal of the game.

Speaking to some of Hendo’s mates at half time they told me that quite a lot of people in Lurgan had backed him at 8-1 to score the first goal so I’m sure the drinks were flowing on Saturday night.

For the last 30 minutes Glenavon didn’t pose a threat at all and Robinson in the DC goal barely worked up a sweat. Credit has to go to Decky O’Hara who won every single header in the match.

Five minutes before the end Stephen McAlorum limped off injured to be replaced by Kevin Keegan.

So the game finished 1-0 to the Wee Hoops and we chalked up another three hard-earned points on the board. This has been our best ever start to a Premiership campaign

Up next we welcome our bitter rivals Cliftonville to Suffolk road on Wednesday night in the Paddy Power County Antrim Shield  kick-off 7.45pm then on Saturday we have another home game in the Carling Premiership against Dungannon Swifts, kick-off 3pm.