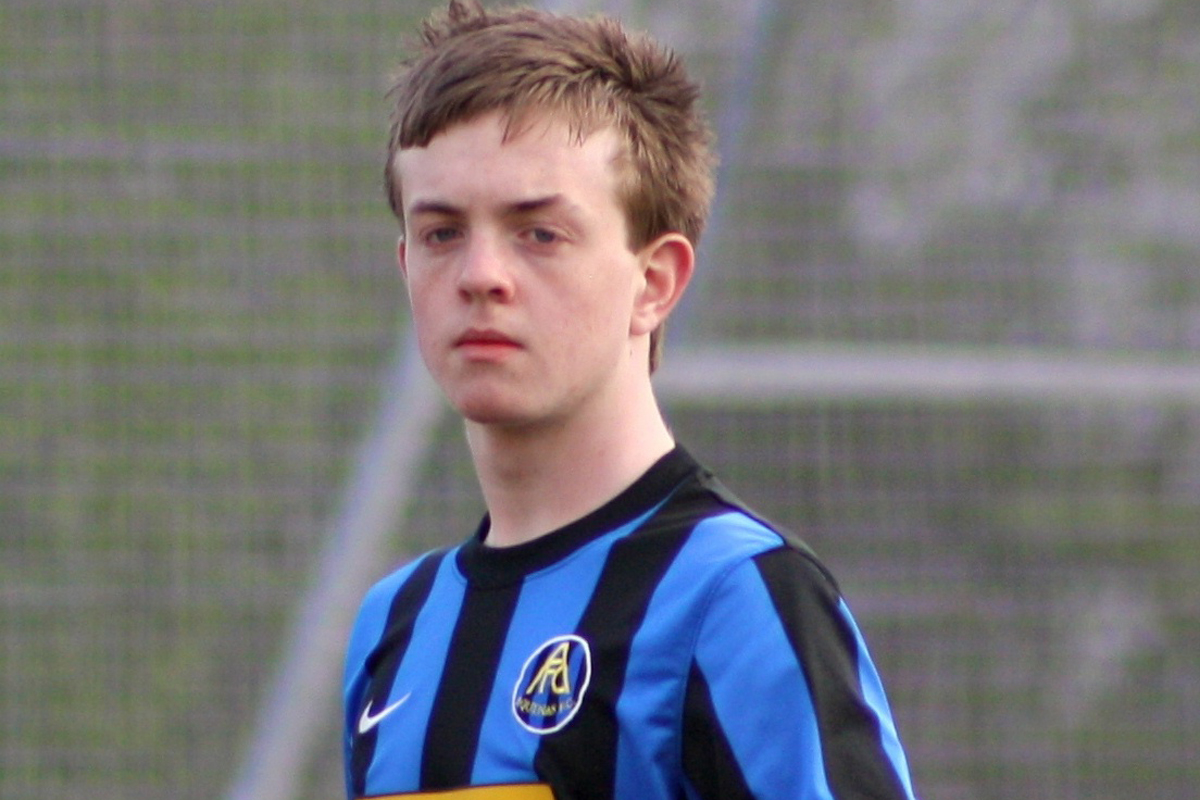 The battle for bragging rights took place on Saturday as Aquinas took on their Red Star counterparts.

With friendships set aside for 80 minutes, the match started off at a blistering pace and Red Star’s determination made life difficult for Aquinas.

Matt Carson and Conor Flynn were solid in midfield while Conor Toner and Cormac O’Hanlon pressed up the flanks, creating some chances only to be met with some resolute Red Star defending, particularly from Niall Lundy and Dan McGranaghan.

Aquinas’ opportunities came and went allowing Red Star to get a foothold on the game from the penalty spot following a tangle in the Aquinas box.

Konrad Stinson stroked home the spot-kick and Aquinas almost produced an immediate answer when Tom Maguire’s powerful header came back off the underside of the crossbar and Conor Flynn headed wide.

But the Star added another before the break when an inswinging Kealan McAllister corner ricocheted in off Kevin McGovern.

Aquinas were unlucky not to have anything to show for their efforts at the break, having had a good share of possession with solid performances from Caolan Lynch and Niall McCourt at centre half and Hugh O’Connor and Thomas Cafolla at full back.

A goal looked imminent as the second half progressed and Aquinas pushed to get back into the game. It did come, only for Red Star, as a counter to an Aquinas advance was seized upon by Odhran O’Kane and blasted home.

With a quarter left, the Aquinas fightback began when Tomas Maguire nodded in a Ciaran Mohan corner and five minutes later he prodded in another following fine footwork from Conor O’Doherty.

The clock was ticking for Aquinas who streamed forward with Peter Morgan and Joe Cunnane in a bid to level.

With two minutes to go Dan Rainey swung in a corner and Paddy O’Boyle’s cleared effort fell to Matt Hughes who rocked the equaliser from the edge of the Star’s box. In additional time Tomas Maguire could have snatched a winner but for excellent covering by the Red Star keeper Conall Moran.

The match ended with honours even and was a fine example of how determination can influence results irrespective of league table positions.

The Red Star man of the match was Odhran O’Kane and for Aquinas it was Niall McCourt.

Both players performed strongly, although all the players deserve credit for this thoroughly entertaining game.