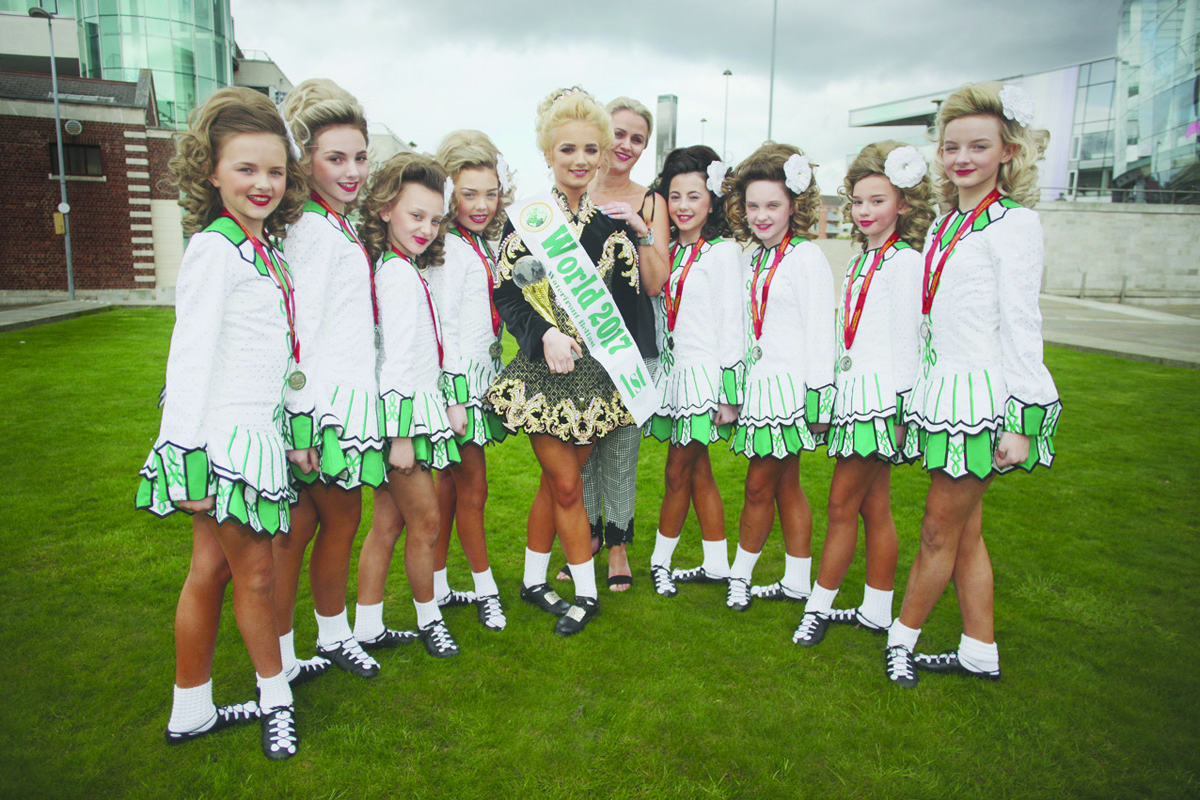 FOR over 30 years, a North Belfast Irish dancing school have let their feet do the talking when it comes to the ancient Irish tradition.

Although the origins of Irish dance are unclear, it is thought the dancing traditions of Ireland grew in close association with traditional Irish music before it’s popularisation really took off when Irish step dancing was reborn with the world-famous Riverdance of 1994.

From ceili, set dancing to step dancing, the tradition remains as popular as ever all over Ireland with thousands of females, young and old attending Irish dancing schools to learn and show off their skills.

Now one Irish dancing school in North Belfast have danced their way to the top of the world.

Based in Ardoyne, the Lawrenson-Toal Academy of Irish Dance is established as one of the most successful schools in the north, with Aileen Lawrenson and Arlene Toal at its helm.

Their rise to the top is no surprise as founding member Arlene Toal has been there and bought the t-shirt. She travelled the world as a professional dancer as part of Riverdance and Lord of the Dance and her expert knowledge of the world of dance has been reflected with the success of Lawrenson-Toal in recent years, with Ulster, All-Ireland and International championships amongst coveted silverware in the school’s trophy cabinet.

However, it is their success on the world stage which has got everyone talking in North Belfast and beyond, having enjoyed their most successful year at the 2017 An Comhdháil World Irish Dance Championships, which were held in Belfast for the first time, staged at the Waterfront Hall.

More than 5,000 dancers from across the world arrived in Belfast with the aim of becoming world champions, with dancers aged from nine to 21.

And indeed, a dancer from Lawrenson-Toal Academy of Irish Dance came out on top of the world when Annleigh Hagans was crowned winner of the World Under-17 Solo Girls title, completing the North Belfast’s school’s most successful year at the world championships to date.

“We’ve had great success this year with four placed in top ten, two placed in the top five, a fifth and a first overall,” said a delighted, Arlene Toal. “Our under-14 Ceili team secured a silver medal, just missing out on the title by the narrowest of margins.

“This has been one of our most successful years to date. The world championships is huge for us and is really the highlight of the year for the club. It’s the highest point an amateur dancer can reach before turning professional

“It’s been an amazing journey with the girls and I’m so delighted to be a part of it. I was very emotional when Annleigh [Hagans] secured a world title. It means so much to me.”

The world championships, seen as the premier event for the Irish dancing across the world, highlighted just how popular the tradition remains today.

From a record number of entries in both solo and figure dancing to the 25,000 spectators who attended over the week, the future of Irish dancing remains bright.

For Lawrenson-Toal Academy, a new challenge awaits ahead of next year’s world championships to bring through a new era of Irish dancers in the hope of becoming future world champions.

Lawrenson-Toal Academy operate from the Flax Centre in Ardoyne and new members are always welcome. For information visit their Facebook page.