Ardoyne Vietnam War veteran buried with honours in US 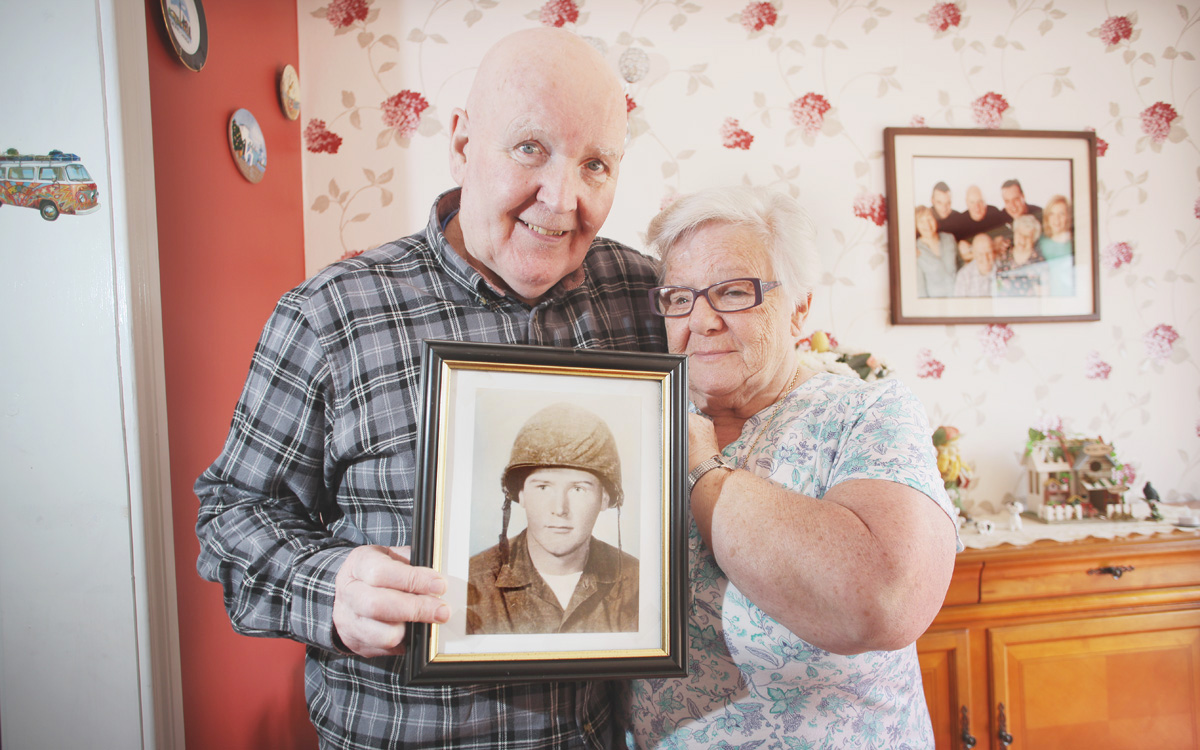 An Ardoyne man who served two tours of duty in Vietnam with the United States Marine Corps has been buried with full military honours in New Jersey after passing away aged 72.

Harry Brown from Northwick Drive originally worked on the docks with his father and brother but a lifelong ambition to join the military saw him emigrate to the United States where he settled in New Jersey.

Harry’s brother Billy, who lives in Mountainview, said despite settling in the US he never forgot his roots and was a regular visitor home.

“We all grew up in Ardoyne and Harry, like the rest of the boys, went to Holy Cross Boys’ School and then worked on the docks with the rest of us,” said Billy. “But he always wanted to go away and my sister Ann had already emigrated so he went over to her.”

Harry joined the Marines to get citizenship but he was soon to find himself one of the first GIs in Vietnam.

“He was only ten months in the Marines when he was told they were going to war. His commanding officer told him he didn’t have to go because he was still an Irish citizen but Harry told him he wanted to go and he  volunteered. He ended up doing two tours of duty in Vietnam, which very few people did.”

The Vietnam War was to change Harry Brown.

“When he came back he struggled with the fact so many of his friends had died. He received many medals but the one he treasured above all was the Purple Heart that was given to him for being wounded in action. He didn’t really talk about Vietnam except for one story about being on patrol and hearing a baby crying in a paddy field. His friend handed Harry his rifle and went to check on the baby but the cot the child was in had been booby-trapped and his friend was killed along with the baby. He always struggled with civilian life when he came back and started to drink heavily. It was only though the help of his family and Alcoholics Anonymous that he was able to turn his life around. He attended AA regularly, even when he came home to Belfast.”

Harry suffered from a lung  condition which he picked up in Vietnam. He was hospitalised on March 16 and passed away two days later with his children Kelly, Lisa and Sean by his side. He was predeceased by his wife, Eileen, for whom he had cared for 15 years after she suffered a stroke.

The brothers last spoke over the phone on St Patrick’s Day, as Billy recalls.

“I told him to look after himself and that I loved him.”