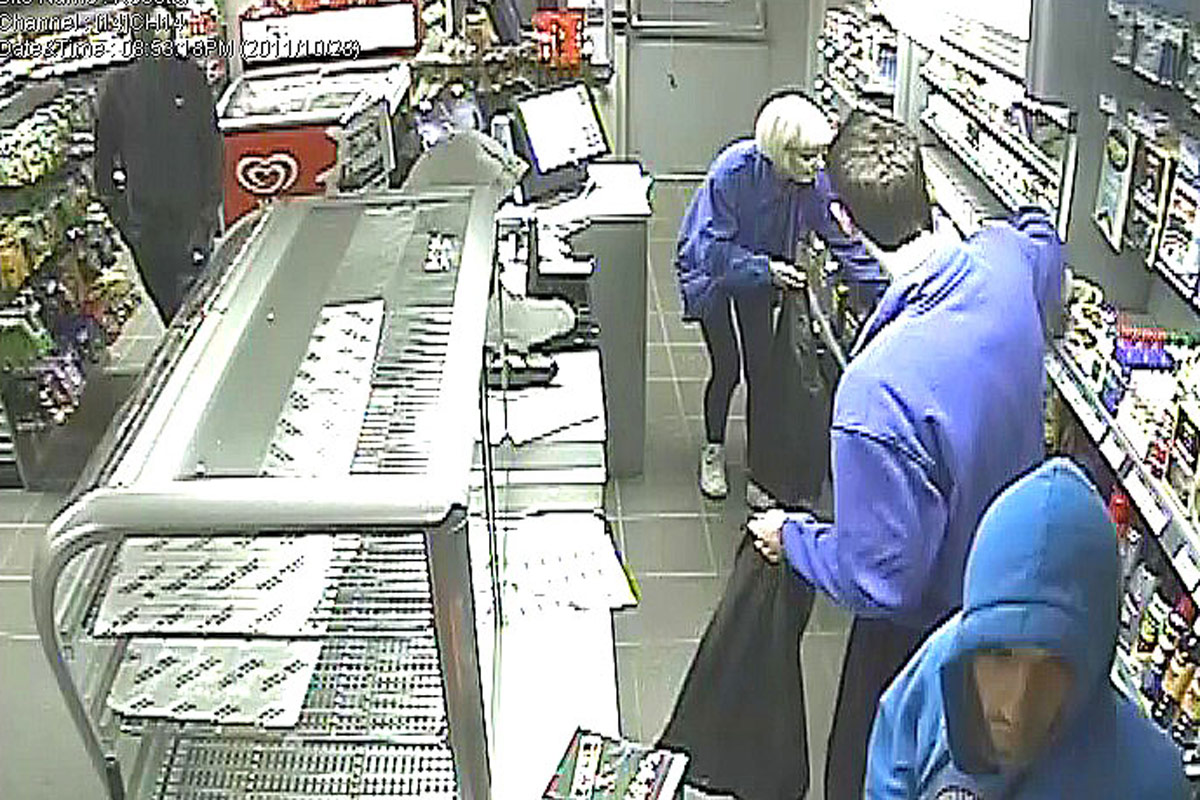 This is the moment terrified shop staff on the Ormeau Road were forced to hand over cash and cigarettes to robbers wielding a butcher’s knife and a hammer.

CCTV footage from the robbery at the newly opened Mace store at Rosetta last Friday shows three hooded men loitering in the aisles before threatening staff with violence and forcing them to fill black bin bags with cash from the tills, amounting to £350 and over £700 worth of tobacco.

It’s the second time the store has been targeted by crooks in just five weeks of trading on the upper Ormeau and comes as thieving gangs continue to make life a misery for local shopkeepers.

A spokesman for the business echoed claims made in last week’s South Belfast News by the boss of an off-licence chain who said robberies were making a tough economic climate even harder to trade in. He also described how the new store, which opened recently while other stores are closing their doors, was burgled within days of being open for business.

“It was around 10 to nine when the men came in threatening our staff with the knife and hammer. As you would expect, the two staff members were terrified at this,” the spokesman told this paper.

“When the robbers fled we had to close the store, as our staff were very shaken up by being threatened in this manner. We have only been open for about five weeks, and this is the second time we have been targeted.

“In our first week of trade we were burgled during the night, and had an estimated £1,000 of tobacco taken. It’s very, very tough out there at the minute in terms of trying to run a business and these incidents are just making things worse for us.”

The spokesman added that the business had spent a lot of money bringing the store to the Ormeau Road.

“It’s in the interests of everyone concerned with the local economy to help make sure small businesses are free to trade without being targeted in robberies where violence is threatened.”

Local Alliance Councillor Cathy Curran said, “This was a very disturbing robbery on a new business and those behind it need to be identified as soon as possible.”

A PSNI spokesperson appealed for anyone with information on the robbers to contact them.