Battered pensioner had met his attacker 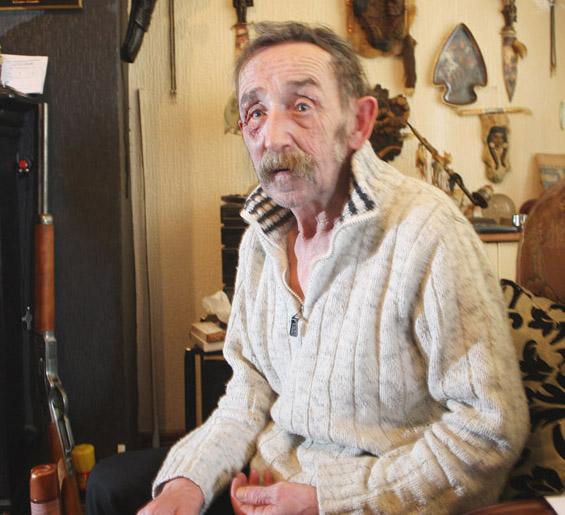 Ardoyne pensioner Thomas Crawford attacked during robbery at his home

AN Ardoyne pensioner repeatedly punched in the head during a robbery at his home said he spoke to his attacker in recent months.

Thomas Crawford was punched around the head by the man who broke into his Ladbrook Drive home in the early hours of Tuesday morning.

The 71-year-old told the North Belfast News that he recalls having a conversation with the suspected attacker.

“I was talking to him before about my house in recent months, he said he thought I had money, which I did because I was saving up to get the house done up,” he explained.

“It was well-planned since he used a ladder to climb over a yard wall and through the back door.

“I decided to go up to bed at about 2am and I heard the dog barking and the bedroom door burst open and I saw the black figure in the dark. He came up beside me and started punching me in the head and shouting, ‘I want money. I’ve to feed my child.’

“I told him he was out of luck and I didn’t have any money. He then said he had a knife and threatened to cut my throat.

“I managed to put up a bit of a fight against him but he started punching me again. He said I had one minute to get him money otherwise he was going to kill me,” he added.

The robber then marched the frail and terrified pensioner downstairs, demanding cash from his wallet.

“I think he was full of drugs. He was in a state of rage. Just to satisfy him, I offered to show him where my wallet was downstairs.

“There was only a few notes in it. He got £120 but he was demanding a thousand. I said I didn’t have that sort of money. He opened the front door and jumped the gate before falling flat on his face,” he added.

Thomas has been left badly shaken by the ordeal and was treated in the Mater Hospital overnight for his injuries. But he has now returned home with local residents rallying around to help the pensioner.

A police spokesperson told the North Belfast News: “At approximately around 3.45am a male in his 70s was woken by a male intruder demanding money. The male made off on foot with a sum of money in the direction of Highbury Gardens.

“Detective Inspector White would appeal to anyone who has any information about this incident to contact detectives at Musgrave Police Station.

“Any information can be reported via the non-emergency number 101, quoting reference number 140 30/08/16. Alternatively, if someone would prefer to provide information about the incident without giving their details they can contact the independent charity Crimestoppers and speak to them anonymously on 0800 555 111.”