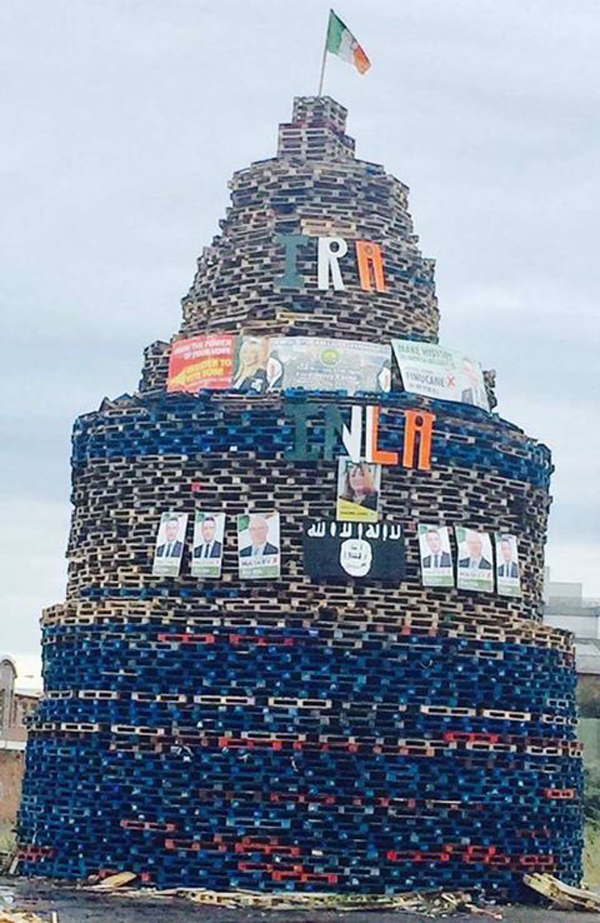 BELFAST City Council voted to approve £500,000 in funding for events to reduce tensions around bonfires during its monthly meeting on Monday night.
It is the second year in a row that money for the scheme has been agreed. The decision has been criticised by Alliance, the SDLP and the UUP.
DUP, Sinn Féin and PUP councillors who sit on the Strategic Policy and Resources Committee first voted to fund the ‘summer diversionary events’ last year. At the time they were accused of a political carve up.
Following Monday evening’s meeting Sinn Féin Council group leader Ciarán Beattie said: “Any scheme that reduces tension in this city and provides a safe city that everyone can celebrate their culture in, of course we will welcome that scheme.”
Féile an Phobail will receive £100,00 to host its now annual dance night in the Falls Park on Thursday, August 8.
£100,000 of Council funding was also awarded to the Twaddell Woodvale Residents Association to host a concert on July 11.
£80,000 also went to the Ulster-Scots Community Network to run a three-year planning process for a new festival. During the Council meeting an amendment from Alliance Councilor Michael Long to have the money taken out of the Council’s rates budget was rejected. 13 voted in favour, but 35 voted against with five councillors abstaining.