Bonfire youths go on the rampage 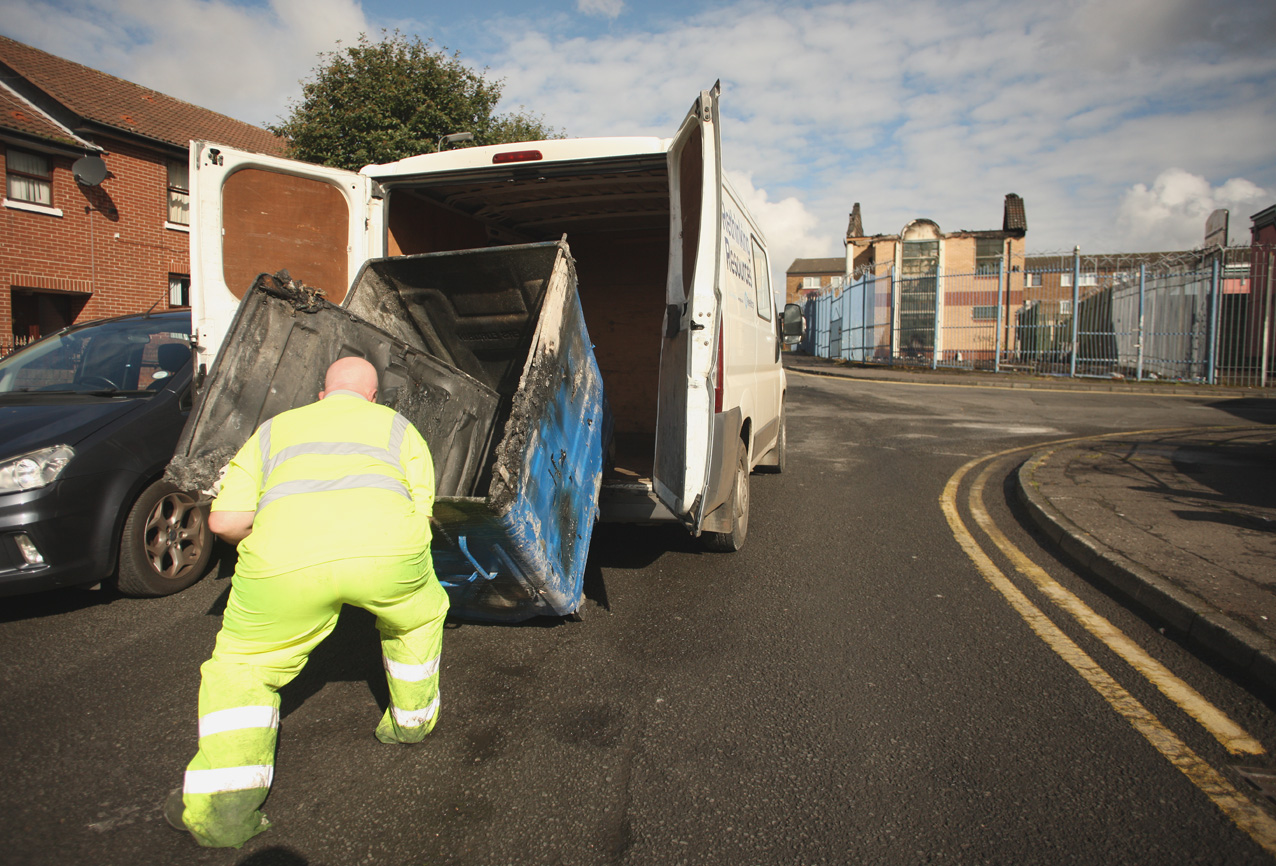 BONFIRE: The clean up begins after the former credit union building in Divis was gutted in a deliberate blaze

In the most shocking incident, a former credit union building in the Divis area of west Belfast was gutted in a blaze deliberately started by the anti social elements.

Petrol bombs, stones and other missiles were used during hours of disorder. Two vehicles were destroyed after they were set on fire and others were damaged by stones and paint.

The PSNI said it had dealt with “small localised disorder caused by a small number of people” in the Friendly Street area.

"Both commuters and residents have been affected," she said.

"Cars have been smashed with stones and several have been set alight.

"Over the weekend there were a series of incidents of vandalism in the Market area.

"There is no defending this behaviour at all and it needs to stop now."

Alliance councillor Emmet McDonough-Brown also condemned the attacks, stating the disorder was “disgraceful, wrong and not representative of the community.”

Meanwhile, a former credit union building was set on fire after disorder in the Divis area on Monday night.

The fire at the disused building on Ross Road was dealt with by the fire service and police.