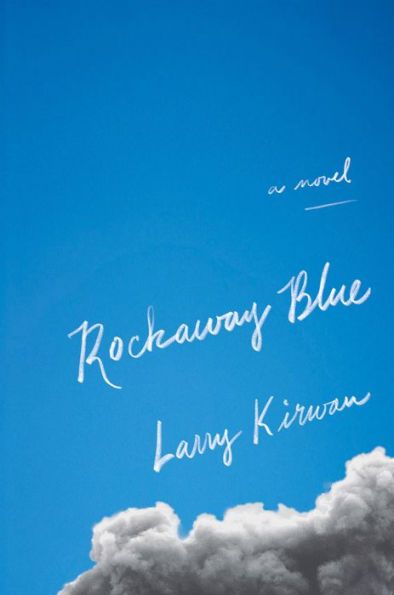 Larry Kirwan’s sweeping novel, 'Rockaway Blue', is a defiant and celebratory tour of Irish-American life in the town best known for the long-gone amusement park and the Ramones' 1970s siren song that gleefully beckons: “we can hitch a ride to Rock, Rock, Rockaway Beach.”

The novel probes the still-open wounds of the terrorist attacks of September 11, 2001. Kirwan recognizes that while 9-11 may be fading history elsewhere, it continues to loom large in Rockaway.

Life on the peninsula is marked by the daily gaze across Jamaica Bay, a yearning glance quickly dashed. The empty horizon is a testament that something essential is missing.

The book walks the length of the Rockaways, from the gated enclave of Breezy Point and its ever-present guard whose job is to grant selective access, to the bustling 116th Street shopping hub, past the lamented Irish Circle Tavern to the twin spires of St. Rose of Lima church. And, of course, repeated visits to the iconic boardwalk where locals commune with the sea.

Kirwan’s words play against a rocker’s soundtrack of roaring breakers, the whoosh of popped beer cans, and the scratch of a throwaway lighter igniting yet another smoke, half a century after the Surgeon General’s warning.

The premise is a compelling mystery tale seen through the memories of the fictional NYPD Lieutenant Brian Murphy, one of 3,000 who died in the 9/11 attack.

Brian was a Rockaway kid with a Georgetown degree and a cushy job in One Police Plaza. He had no apparent reason to be outside the North Tower that fateful morning. Why was here there? The powers that be – as haughty as the Protestant landlords of Connaught - provide no clue.

From the mayor’s acolytes to the bosses of the uniformed services comes the same refrain: Brian died a hero, leave it at that.

Jimmy Murphy is more than a grieving father. He is a retired detective sergeant who can’t abide an unsolved mystery. He struggles with the loss of his eldest son and the legacy of his time in Vietnam. Jimmy’s internal voice utters words that he is unable to say aloud, even to his beloved wife Maggie, an Irish beauty drowning in a mother’s grief.

Mothers are essential to Irish tales and Maggie plays the part, lost and strong, as tough as her widowed daughter-in-law, each unable to share the pain.

Like all good mystery writers, Kirwan sprinkles the journey with subtle clues: the stern mutism of a dodgy police boss hiding something that could derail his own success; an Egyptian falafel merchant who hides the secret behind his religion. He is not only Arab but perhaps worse, from Brooklyn.

A dipsomaniacal flatfoot, who was the link between father and his late son, drops in like Marley’s ghost. The cop had sworn off the booze and signed a pledge of omerta, insisting silence is mandated something larger than friendship.

Brian Murphy slowly emerges as an unlikely player in the geopolitical struggle that exploded that day in downtown Manhattan. The clues keep the pages flipping to a climax that is both surprising and logical.

The real triumph of the book is the sharp portraits of the people of Rockaway. Stoic locals keep painful secrets, folks ready raise a glass or a song, sworn to protect each other while rarely lending a helping hand.

The Rockaways are populated by children of all 32 counties. They are infused with a prim air that is unmistakably from Ulster, a friendly façade hiding complex resentments. Rockaway derides outsiders as 'DFDs,' shorthand for 'down-for-the-day' chancers who litter the strand with empty bottles of craft beer and disrupt the rhythm of local surfers. They are hip uppitys who undertip saloon servers fleeing back to the sushi bars and sterile offices in Manhattan in an Uber or, if necessary, the A train.

Kirwan, an icon of Manhattan’s punk music scene, presents the Rockaways with an insider’s view as if he had been born in the hospital on Beach 19th Street instead of County Wexford.

He reminds us that 9/11 was a day that changed everything, nowhere more than in Rockaway. This book might transform Kirwan from a rocker who writes to a writer who once rocked with Black 47.

Jim Mulvaney is a Pulitzer Prize-winning journalist who was married in a Rockaway saloon before moving to Belfast to cover the war in the mid 1980s. He and his wife live in nearby Long Beach, yet consider Rockaway home.