Brigid: A life lived for her community 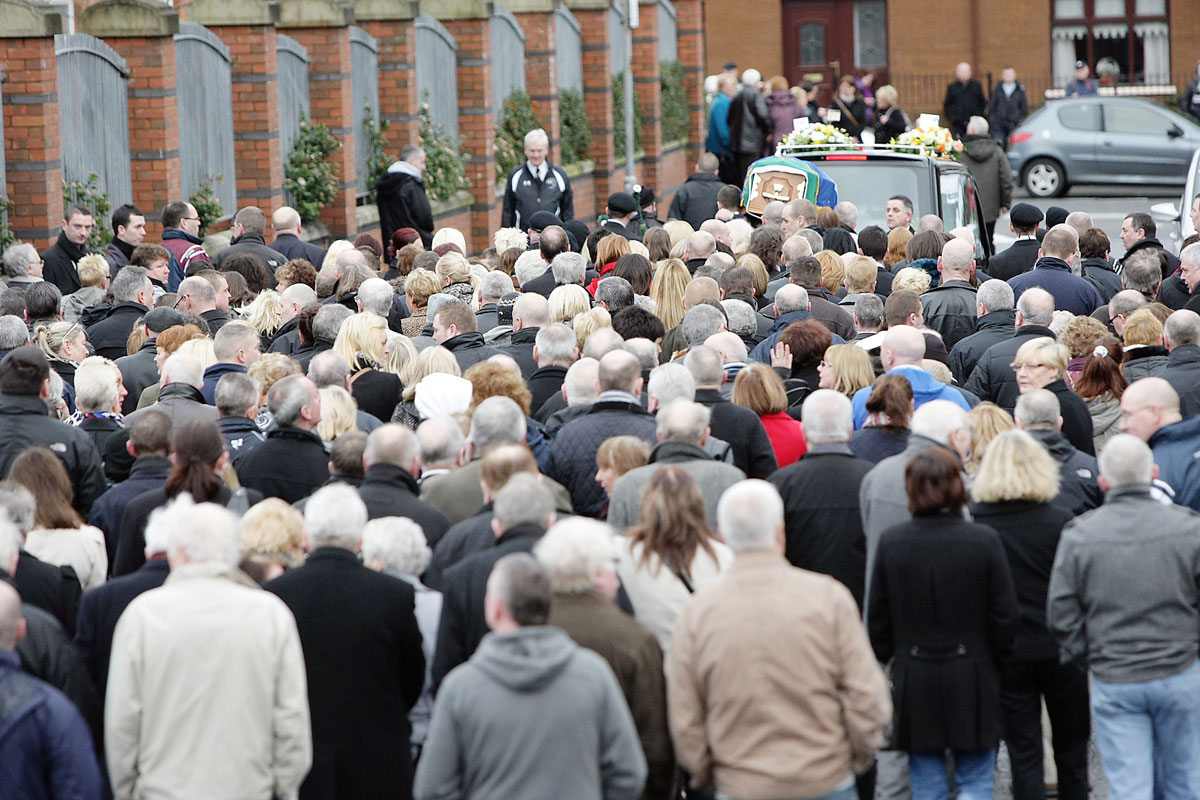 When you’re young, everyone over 30 appears ancient, but it’s a fact that Brigid Hannon, who passed away this week, was of pension age when I first met her at the frontline of election campaigns in the eighties.

Hail, rain or shine, Brigid was at the tally hut on election day, marking off the faithful as they turned out and dispatching us to the homes of the tardy or occupied to usher them out before polls closed.

A remarkable activist who lived every day of every one of her 94 years to the full, she truly epitomised the republican values of community service and practical patriotism.

AND I hope that work goes on in City Hall today and certainly I sense a unity of purpose around the plans to transform Belfast with a new capital investment package and economic stimulus programme.

The proposed £150m investment has caused a shock to the system among those who believe Council’s role shouldn’t extend beyond bins, burials and bogs, but the vast majority of elected members and officials stand ready to give the leadership Belfast is crying out for.

This is a new Council which has an opportunity to chart a new course for Belfast in order to make City Hall an exemplar for economic development and job creation.

It’s beyond peradventure that Belfast has the best senior management team in government North or South. The question now is, can the councillors and citizens put their skills and talents to best use to drive forward the city at a time when the faint-hearted are running for the hills? I believe we can. Indeed, I’ve no doubt that while there’s a cost to the game-changing Marshall Plan-style investment package, those who will carry the burden of that cost – the business community – will welcome this initiative.

They will do so because every penny raised for the investment package will be matched by a three- or four-fold multiplier. If Council puts up £2m, say, for a digital hub in Crumlin Road Gaol, a cultural complex in Sandy Row or a media centre in the Gaeltacht Quarter, others will step in with matching funding – and then some.

Ordinary ratepayers will also welcome the proposals because they are about creating jobs and building the economy. In the midst of a tough economic downturn, the last thing anyone should do is abandon newbuild projects. Indeed, this is the type of activity which will provide employment for many people and, in turn, give them the wherewithal to keep other businesses in operation.

Incredibly, the Council contribution to date to Titanic Building and the magnificent Connswater Greenway in East Belfast has triggered £156m of funding from other sources, including the private sector.

AT THE weekend, I got a chance to catch up with New Jersey restaurateur Francis Schott (of strong Irish lineage despite the German surname) who champions the idea of our pubs, cafes and restaurants as social networks which are more important than Twitter or Facebook.

Francis was reflecting on the transformational impact his restaurant had on the small city of New Brunswick which was once a basket case but is now a shining glory of the Garden State.

However, a good restaurant can not just change the image or narrative of an area, bringing in visitors, attracting favourable comment; the restaurant, says Francis, is also a pivotal employer. Despite occupying a small footprint, the average restaurant has to employ a lot of people. And, of course, the jobs are open to all, you don’t need a degree to be a sous-chef – and yet if you’re the best in your field, the world is your oyster.

So let’s raise a glass to all those  – like Bill Wolsley of the Merchant who hosted Francis’ visit at the weekend – who are transforming the new Belfast with their eating houses, bistros, cafeterias and pubs.

FOCAL SCOIR: the Belfast Media Group’s TV arm, Bóthar Ard, debuted with a documentary on an Irish-speaking US soldier in Afghanistan and Ireland this week. We will follow up that dramatic start with an excellent documentary this coming Monday (TG4 7.30pm) on the former Mayor of Derry, Gerry Ó hEara and his bid to be Chair of the Policing Board. Let us know what you think on Twitter.