Champions of the city honoured at Aislings 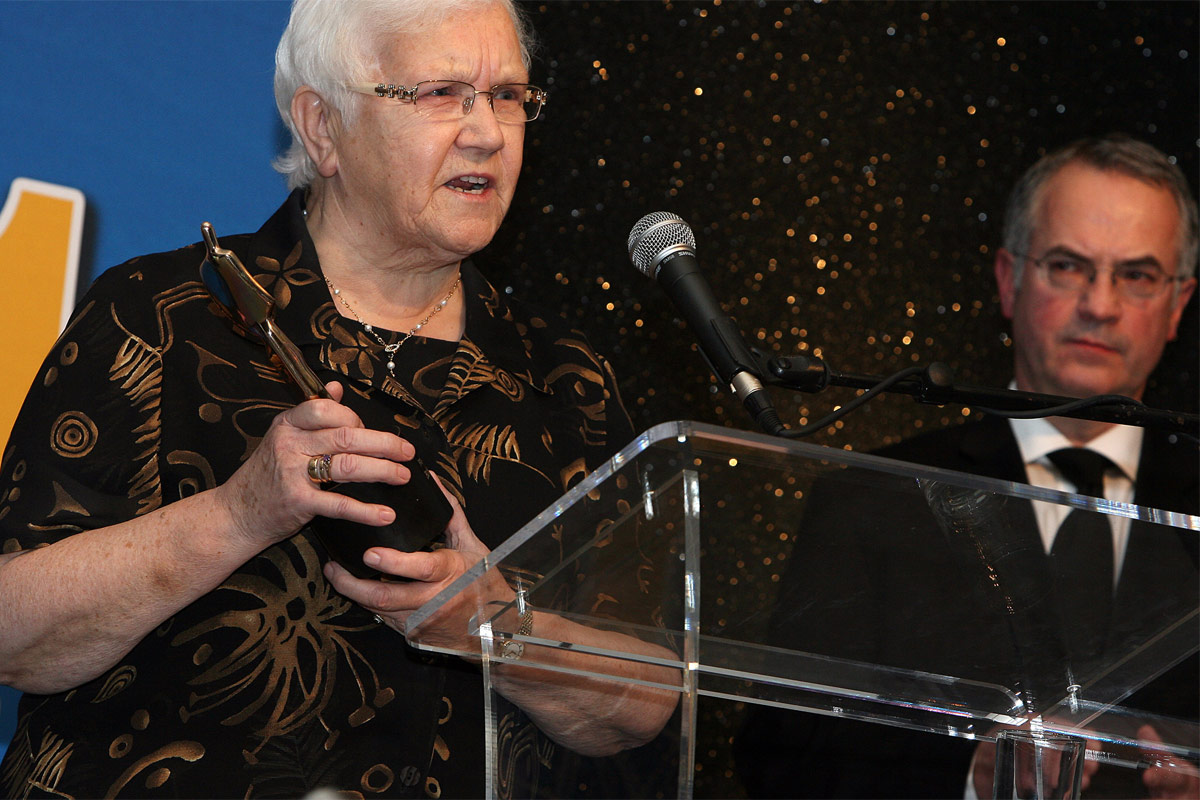 The Belfast media group’s glittering community Oscars ceremony has once again proved a huge success as it honoured the champions of our city.

The prestigious Aisling Awards, held in the Europa Hotel last Thursday (November 17), saw winners from all sections of Belfast given prizes for their dedication and work.

Top of the bill at the 15th annual awards was justice campaigner Geraldine Finucane, who was presented with the Person of the Year award by special guest speaker, Taoiseach Enda Kenny.

Geraldine was honoured for her long fight for justice for her late husband, human rights lawyer Pat, who was gunned down in front of his family by the UDA in 1989.

“I’m delighted to be recognised in this way at the Aisling Awards,” she said.

“This honour will spur me on to continue my battle to expose the full truth about the murder of my husband Pat.”

Lyric Chief Executive Ciaran McAuley said he was shocked and delighted by the win.

“We were up against some stiff competition but while we were surprised, we felt it was deserved after many years of hard work.

“The award is representative of the journey we have been on, from a small theatre in Ridgeway Street to a state-of-the-art and world-class building.

“We are now taking the Lyric brand further afield as well and showing what we are made of.”

Ciaran said the Aisling Award was further affirmation of all the Lyric has achieved.

“It is all too easy to think we are just another theatre in Belfast but we are raising the profile of producing theatre as far as London now.

“It feels good to be recognised as having had a significant part to play in promoting Belfast as a thriving city.

“All of that is coming on the back of us re-opening and we have lifted a brand that was playing at a certain level to the international stage.”

Other Aisling Awards recipients were Baroness May Blood who won the Roll of Honour;Ballymurphy – The Aftermath play for Culture and Arts; Our Lady of Mercy’s Girls’ School for Educational Achievement; Lámh Dhearg footballers for the Sport award; Croí Éanna for the Gaeilge award; the East Belfast Mission for Business Achievement and the Greater Dunmurry Positive Relations Partnership which received the Community Endeavour award.