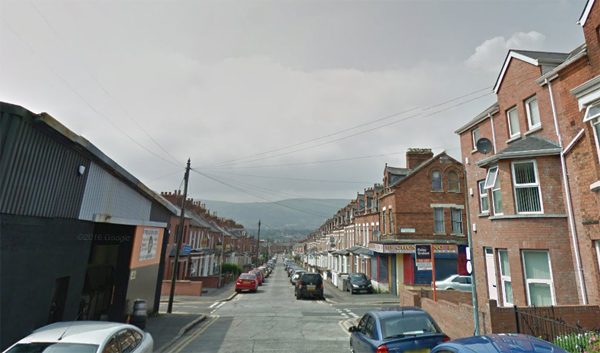 ATTACK: Two men were injured in the Melrose Street incident

RAMPAGING thugs have brought misery to South Belfast in a series of attacks that have taken the sparkle off the season for the victims.

A home intrusion in the Lisburn Road area by an armed gang left two young men requiring hospital treatment, while a car stolen from the Finaghy area was recovered by police with Christmas presents stored in the boot gone.

Around midnight on Saturday, three armed men burst into a home in on Melrose Street. They attacked two men in the property, aged 26 years and 24 and then escaped with cash and personal items.

The thugs were armed with a knife, a hammer and batons. During the home intrusion a number of windows in the house were smashed. The two men were treated in hospital for their injuries. Police are appealing for anyone with information about the incident to come forward.

Detective Constable Campbell said: “I would ask anyone with any information about this incident to contact detectives at Musgrave Police Station on the non-emergency number 101, quoting reference number 6 of 18/12/16.”

Meanwhile, police are hunting car thieves who have ruined Christmas for a Finaghy family. The vehicle was stolen from outside a home in Orchardville Avenue. When police later retrieved the stolen vehicle Christmas presents stored in the boot had been stolen.

The car is a silver Citroen C4, registration PLZ 3245. Its rear number plate was missing at the time of the theft and police are appealing for anyone who may have information about the stolen car or its occupants to come forward.

Police wrote on their Facebook page: “If you have any information in relation to this incident please contact us at Lisburn road station quoting serial 352 of 17 December 2016.”