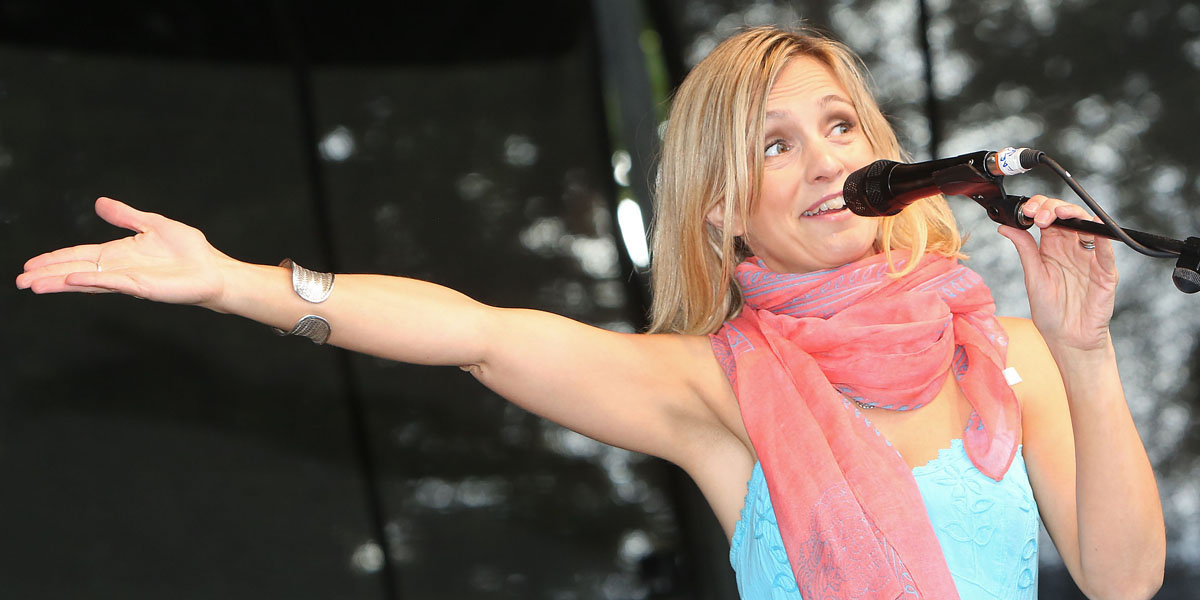 Féile keeps breaking new ground and this year has been no exception with the City Hall the newest Festival venue.

On Saturday hundreds of people packed the grounds outside City Hall for the inaugural Trad On The Lawn, bringing together Damien O’Kane and Cara Dillon. Although the outdoor concert was interspersed with light showers, the dark clouds above could not dull the mood of a very appreciative audence, many of whom came prepared with blankets, picnics and deck chairs.

O’Kane, who has performed with Flook, played songs from his The Mystery Inch album which won the Spiral Earth Awards 2012, however, it was the sweet melodic voice of Cara Dillon that rose above the sound of city centre traffic to capture the hearts and ears of those who had come to see her and those who happily fell upon the event by chance after an afternoon’s shopping.

Trad On The Lawn was in association with Cumann Culturtha Mhic Reachtain. The outdoor event promises to return next year and by the reaction of the large audience on Saturday this could become one of the Féile an Phobail highlights every year.