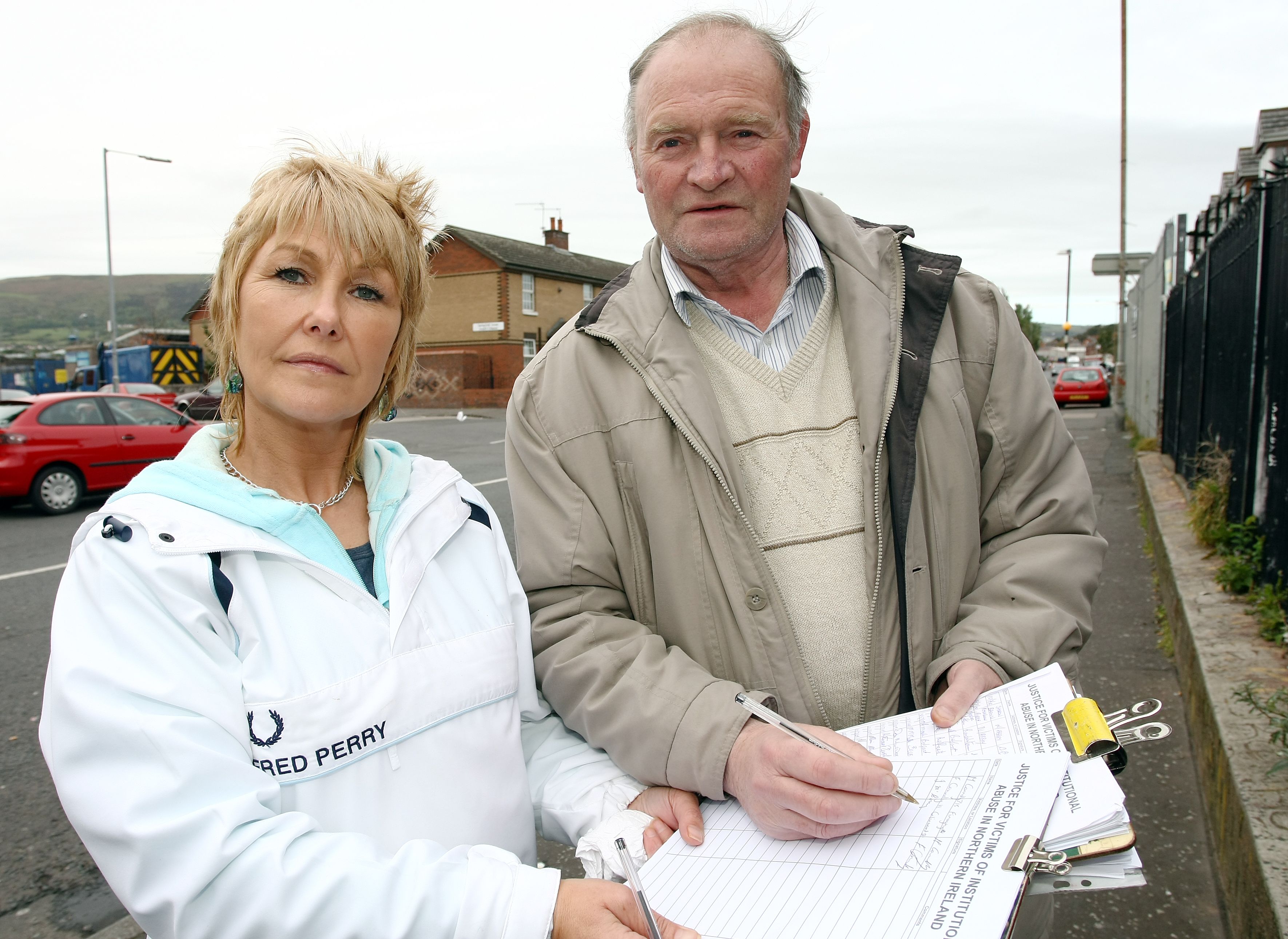 TIRELESS: Institutional abuse survivor Margaret McGuckin with Joe McCorry signing her petition; the appointment of a Commissioner has harmed the campaign

I WILL vociferously defend the Good Friday Agreement in all of its parts to the death, but I recognise there is one part of the compromise document we must question and review. Where there are issues of unresolved contest the GFA sets up Commissions. And as we saw in January’s bad joke book, New Decade New Approach, it seems to be a hard habit to break.

Looking at FG tweets and videos and wondering are they thinking of collapsing the Gov and taking their chances at an election? Acting like opposition in Gov, taking credit for anything good, attacking their only opposition. If they aren’t everyone is going to be fed up in 4 yrs

Let’s take the Irish language and the commitment to an Acht na Gaeilge. Go to the advocates and activists and ask them if arm’s-length bodies have made any reasonable impact on their struggle for equal rights. Actually, that question should be asked formally and with extensive research, but this columnist with an active vested interest in Acht na Gaeilge has carried out her own anecdotal research. And the findings are universally the same. There has been no added value from any of the Commissions to their work. In fact, there is little evidence that the advocacy of language activists has been even amplified by those Commissions.

I have written before that families affected by legacy can say the same about the haphazard and ill-thought- out Victims’ Commission.

Campaigners are the strongest advocates for their own needs and rights. If any progress is to happen it will be because of their work.

Did millions of pounds invested in the Commissions prevent the perpetuation of the collapse of the institutions over rights denial or systemic inequality? Did they even warn it might happen? Eh, no.

If you go to United Nations hearings when the British or Irish governments are being examined for their track records on rights issues, these Commissions are the first and last through the doors. Commissions have privileged meetings with ministers and attend the important dinners. Has that put one extra ounce of pressure on local or wider policy makers regarding issues of injustice or discrimination? Eh, no.

The most recent example of displacement of issues was the establishment of a commissioner for the survivors of institutional abuse. This is an identifiable cohort of people who have campaigned, engaged in independent inquiry, and pursued redress with a recognisable degree of success, albeit with issues of accountability and reparation outstanding. They are their own advocates. Not only was a Commissioner and a related office unnecessary, it actually caused harm.

When the Good Friday Agreement set up this industry and infrastructure it was with good intent – to prevent the repeat of historic abuse. Those intents have become dinosaurs roaring in irrelevant city centre buildings, reflecting an institutional lack of trust in a local population and their own ability. As status quo deflectors of radical change, they are dinosaurs in need of an Ice Age.