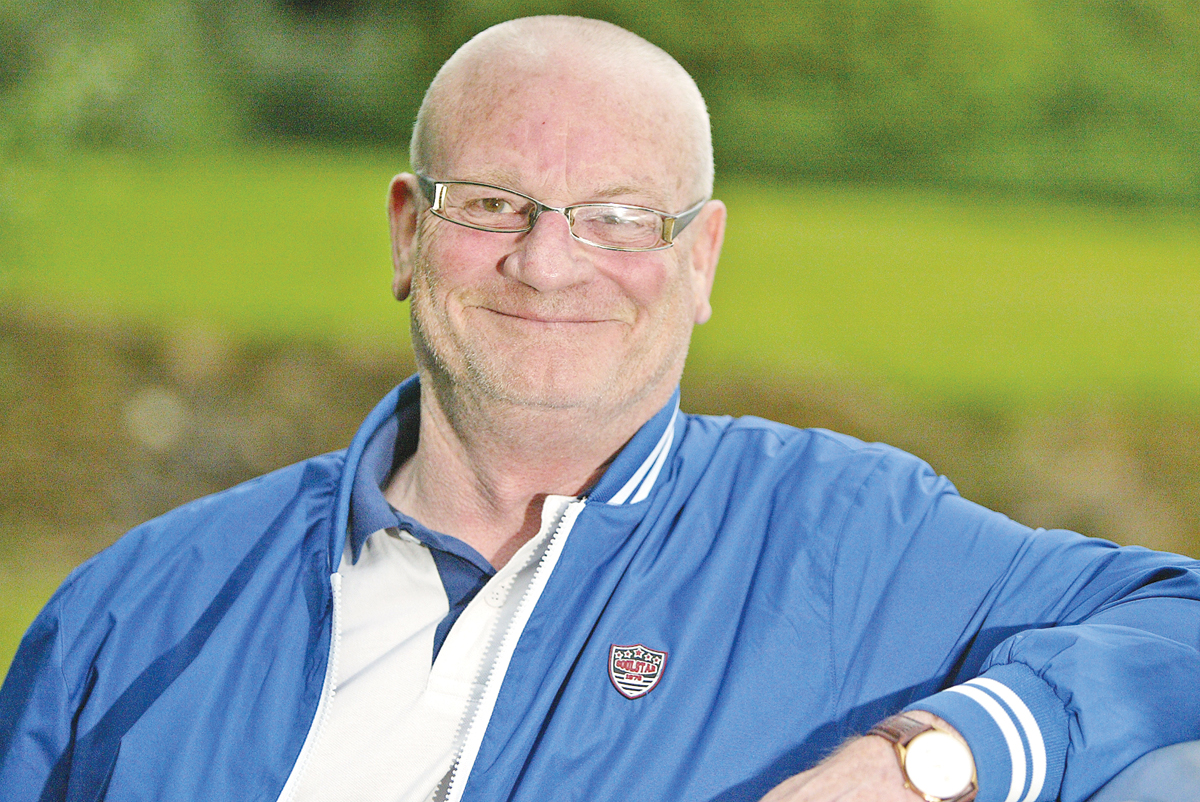 A REPUBLICAN ex-prisoner says “I would absolutely love to go back to my job now” after a judge quashed a decision to remove him from his post as a senior grounds warden.

58-year-old Martin Neeson told the Andersonstown News back in January this year that he was living in limbo after he was sacked from his post and deemed ‘unsuitable’ for a job he had held for 18 years. Martin had been employed up until December 2014 by the Conversation Volunteers. Based in Poleglass, his role was to look after lands owned by, at the time, the Department for Social Development’s Belfast Regeneration Office (BRO).

“Just before Christmas 2014 I had an accident and I was off work on the sick when I received a phone call from my employer telling me they had to let me go, that they had been informed by the DFP (Department for Finance and Personnel) that I was unsuitable to do the work I had been doing for 18 years,” he said.

On Tuesday in the High Court in Belfast, a judge ruled that former DUP leader Peter Robinson had breached the Ministerial Code in 2007 when he did not continue with guidance on employing former prisoners.

Speaking to the Andersonstown News yesterday (Wednesday) Martin said: “I absolutely loved getting up in the mornings and going to work, whether it was rain or hail, but that was taken away from me. I have really struggled these past 19 months. After the ruling on Tuesday I’m happy but still very, very angry at what myself and my family have been put through. I think the fact that the judge ruled against Peter Robinson was a big bonus as well.”

Martin continued: “Since this happened I’ve been attending the doctor, attending a counsellor, it’s been very stressful.

“To be honest, I thought I would’ve felt a sense of relief but nothing has really changed with me.
“Maybe it hasn’t sunk in yet, it’s been very tough for me and my family. The only benefit I was receiving was sickness benefit. I was having to make a contribution to my legal aid. Without the help of a member of my family I would have probably been on the streets a long time ago.”

As for his next step, Martin said: “I would absolutely love to go back to my job now. The whole purpose of what I did was to get my job back because I believed from day one that I was dismissed unfairly, which has now been proven in court. Hopefully I’ll be back at it within a week or two.”
Martin praised the support of his wife and sons.

“This judgement will help others who will come behind me. I mean, you are punished when you go to prison and what they are doing is punishing you again after you serve your time. If you weren’t ‘suitable’ you wouldn’t have been released from prison in the first place.

“I want to move on and get on with my life again. I wouldn’t wish what me and my family have had to go through these last 19 months on anybody.”

“Martin was released from prison in 1987, after 11 and a half years and in his ruling the judge acknowledged he had ‘not come under police notice since’. Despite this the civil servant who presided over Martin’s case said he was ‘unsuitable’ for the work and disgracefully went on to state that the West Belfast man ‘had a propensity to commit acts of very serious violence’. This ruling challenges the status quo and the discrimination continually used against political former prisoners. With 25,000 people from the broad nationalist and republican community having been in jail on conflict-related charges we are dealing with a sizeable proportion of the population being affected.”

West Belfast MLA Jennifer McCann, herself a republican ex-prisoner who worked with and supported Martin during his case, said: “I'm delighted for Martin and his family that the judge has ruled the decision to sack Martin from his job of 19 years was ‘irrational’.‬

“This case illustrated the discrimination that ex-political prisoners face in employment and other areas of life.‬

“These unjust barriers to employment and other areas of life must be removed and ex-political prisoners given the same equality of rights that all citizens enjoy.” ‬

A spokesperson for the DUP said: “At no point during the consideration of this matter in 2007 did any minister suggest that the matter should be brought before the Executive for consideration.
“Previous judgments of the High Court have indicated that it is proper to make an assessment of whatever a matter is controversial by reference to the views of other ministers. The decision of the court on this point is entirely accepted and is consistent with the changes to the Northern Ireland Act negotiated at St Andrews.”