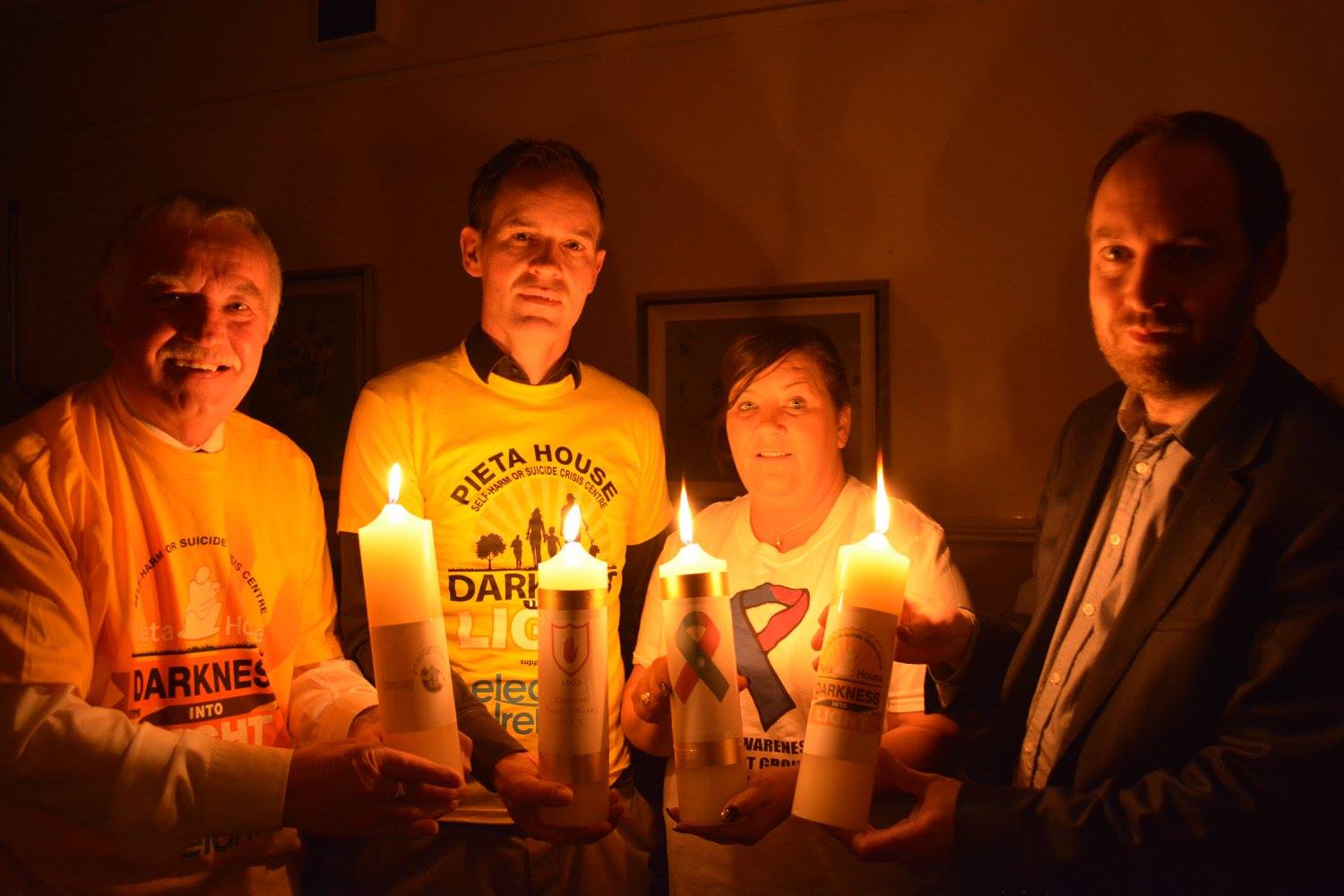 On Saturday, May 6 people will gather at the Lámh Dhearg and begin a 5K walk at 4.15am in the dark, finishing as the sun rises

A COMMUNITY group from Hannahstown is taking action to address the "disturbing" increase in the number of suicides in the area with the first ever ‘Darkness into light’ charity walk in West Belfast.

A coffee morning to launch the event was held in Lámh Dhearg CLG clubrooms where a Hannahstown Community Association spokesperson explained: “Today isn’t about the celebrities, or politicians, that’s not how it works. It’s about the community standing shoulder to shoulder against mental illness and the disturbing suicide rates that plague West Belfast.

“On the morning of Saturday 6th May we will gather at the Lámh Dhearg and begin a 5K walk at 4:15am in the dark and finish as the sunrises, walking from 'Darkness into Light.'

“We raise funds for a local mental health charity but the main purpose is to get together have fun and become a symbol of hope for our community.”

Pieta House opened in Dublin in 2006 and their Darkness into Light event has become a worldwide movement with over 150 venue hosts helping those affected by depression, self-harm and suicide.

Pieta Communications Manager Brian Campbell explained the event has become an important fundraiser, which is vital as about nearly all of their funding comes from events just like this.

“Darkness Into Light was first held in 2009 in Phoenix Park and CEO Brian Higgins called it ‘a wee sponsored walk’, but there is also the symbolism people experience as the sun comes up bringing everyone from the darkness and into the light,” he said. “The event is very much about hope and hope is something we endeavour to give people who come to us in their time of need. We help them feel more hopeful about the future as we continue to tackle the grave issue of suicide and self-harm in Ireland.

“It’s great that West Belfast will be taking part in this year’s events. The suicide rate in this community is just absolutely shocking and that’s why it is so important to provide suicide prevention support for everyone.

“I would encourage the education departments to become more involved in combatting local suicide rates, perhaps introducing a programme introducing therapists into schools and teaching young people how to cope with life’s ups and downs. We need to look at providing a coping mechanism they can use into their 50s and beyond. Its so important, especially now that lives are dominated by social media pressures, different departments need to start working together and supporting the Health Department in their fight against suicide.”

Chair of Suicide Awareness on the Falls Road, Councillor Tim Attwood, praised Pieta House and local suicide prevention charities for their “amazing work”, which saves lives each and every day.

“Darkness into Light is an important way to remember peoples loved ones for a great cause,” he said. “Other suicide prevention organisations like Suicide Awareness do equally remarkable work and together they provide the support to save lives.”

Last year the number of deaths by suicide in West Belfast in 2015 more than doubled over a period of twelve months to 33.

Local actor Kevin Elliot, face of the ‘Minding Your Head’ campaign, said: “Personally I must know at least 10 people who lost their lives to suicide over the years, but I’ve also had about 10 people approach me after watching the ‘Mind Your Head’ advertisement on TV saying it really helped them, so things like this really make a difference,” he said.

Many of those at the Coffee Morning are gearing up to take part in the event in May.

Terry McCrudden said: “The reason we’re all doing it is because of the high suicide rates, and if this event helps just one person it will all be worthwhile.”

Darkness into Light will take place at 4.15am on Saturday, May 6 and registration kicks off on March 25 in the Kennedy Centre from 9am to 6pm and again on April 8 and 22.