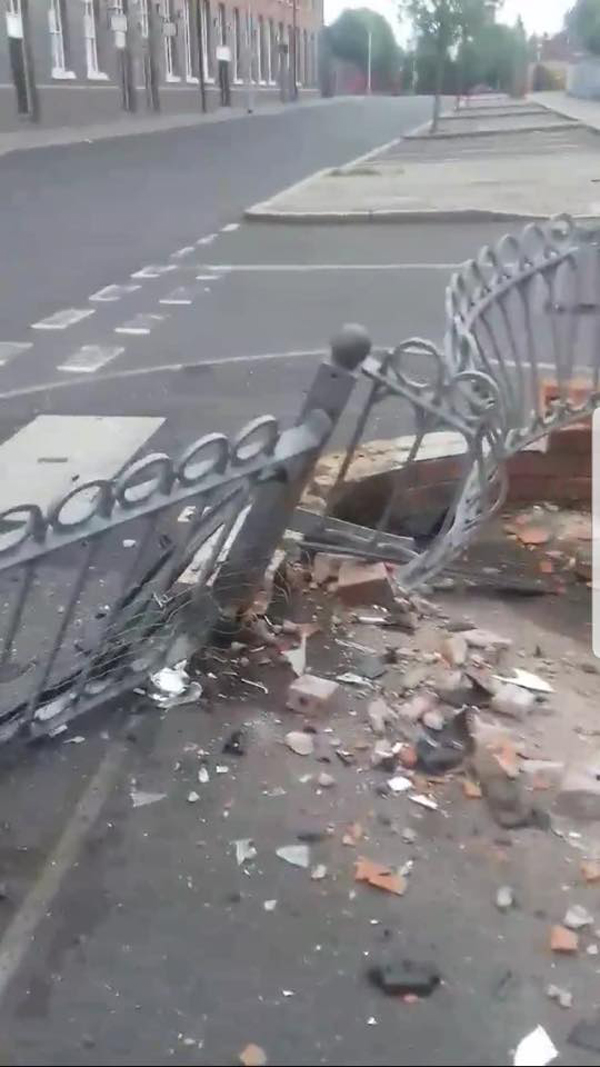 A resident’s fence was badly damaged after the suspected stolen vehicle smashed into the brick wall surrounding her home around 3am.

A RESIDENT has escaped injury after deathdrivers ploughed into her home in the lower Falls in the early hours of Sunday morning.

The side walls and gates of the property were badly damaged after the suspected stolen vehicle smashed into the the home around 3am.

Local representatives have condemned the incident.

The PSNI said they are investigating a creeper-style burglary at a house in North Belfast.

“It is believed the house was entered some time after 10pm on Saturday 21st and a black coloured Vauxhall Mokka stolen. The car was recovered shortly after 3am at Conway Street in West Belfast after it had crashed into a wall. A male youth dressed in a grey track suit was seen leaving the scene of the collision

“Police would ask anyone with any information to contact them at Tennent Street on 101 quoting reference number 391 21/07/18.”

The police added that witnesses can also call Crimestoppers anonymously on 0800 555 111.