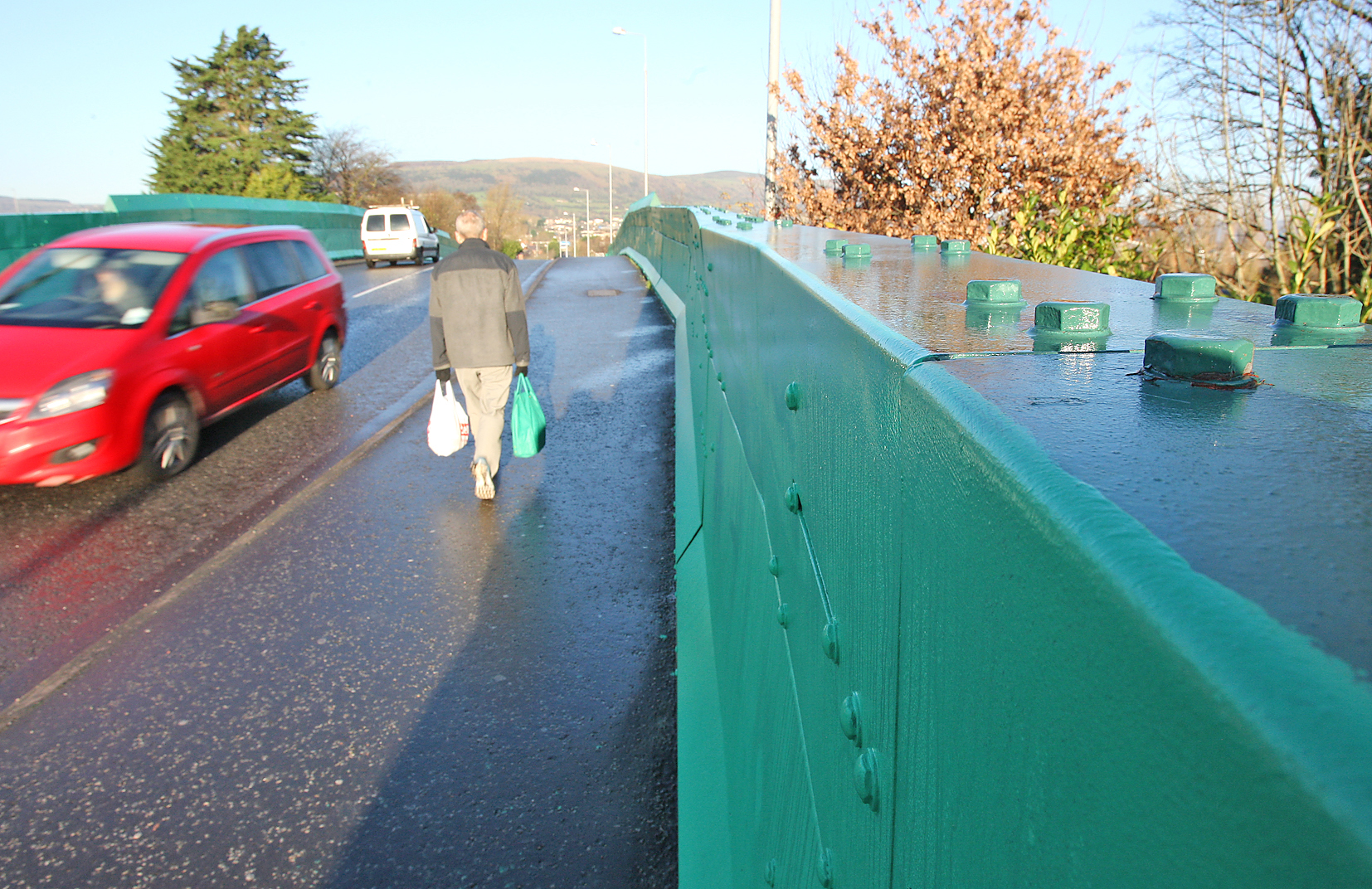 A FINAGHY Councillor says “transformation is possible” in the ongoing saga that is Ireland’s Ugliest Bridge.

Cllr Geraldine McAteer of Sinn Féin revealed that Belfast City Council have agreed to bring in an urban design team to draw up plans for the transformation of Finaghy railway bridge, a former redbrick period structure which has been a green metal monstrosity since safety work in 2009.

“Finaghy bridge and its appearance continue to be an ongoing issue for residents, commuters and local elected representatives,” she said. “It is extremely unsightly and is regarded widely as an eyesore which seriously detracts from the physical appearance of the Finaghy Road and the surrounding area. It’s like something from the former Green Zone in Baghdad. Up until a couple of months ago it was covered in graffiti, but I managed to get Belfast City Council to repaint it and at least it is looking much cleaner.

“Some weeks ago my colleague Máirtín Ó Muilleoir and I brought a delegation of residents and local businesses to meet Regional Development Minister Michelle McIlveen to discuss the Finaghy bridge, which is owned by DRD. The Minister maintained that there is no money in government to replace and reconstruct the bridge and that her priority was in ensuring that the safety of people and motorists was paramount, given that it crosses a railway. However, she did say she was open to exploring some measures which could be taken to improve its appearance.
“The initial agreement from Council regarding the design team is progress and we are looking to DRD, Council and others working with ourselves and local people to bring these plans to fruition.

“When we get the red tape sorted on this and the ball rolling on redesign, we would love to involve local people in the design process. I have looked at a few examples where this has been successfully done elsewhere, so transformation is possible.”

South Belfast MLA Máirtín Ó Muilleoir added: “Our Green Zone-style bridge is the result of official vandalism which turned a perfectly safe and pretty bridge into an eyesore.
“Those who inflicted this monstrosity on the people of Finaghy have a duty to provide the funding and support being sought now to enhance the appearance of the bridge."