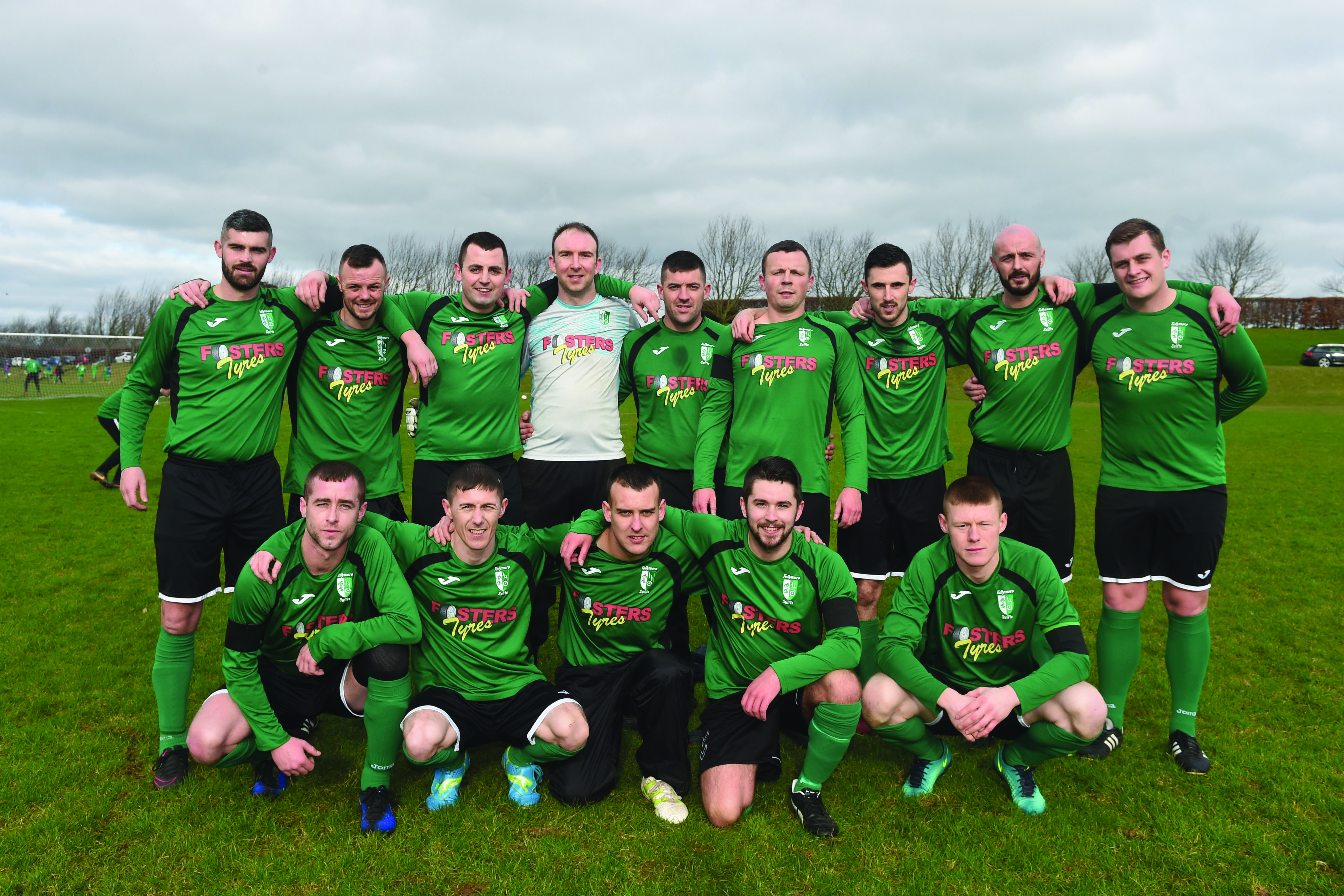 The Tullymore Swifts team before Saturday’s game at Mallusk

IN the end it wasn’t to be for Tullymore Swifts on Saturday as they lost out 1-0 to Lower Shankill in the Junior Cup at Mallusk.

The West Belfast side’s luck was out on the day as they missed a second half penalty that would have cancelled out Shankill’s goal that arrived on the hour, while Tullymore were also denied by a stunning save from Lower Shankill’s goalkeeper.

“We were probably the better side, but we missed that penalty with 20 minutes to go,” said club secretary and player, Joe Harbinson They went down to 10 men and we missed another two great chances late on, so it just wasn’t our day.”

It was an emotional day for the West Belfast side as prior to the game, there was a minute’s silence in honour of former player, Tony Campbell who sadly passed away last month following a heart attack with the Tullymore players also wearing black armbands for the game that was due to be played two weeks ago until the sad news forced a postponement.

“It was a big shock for us all because Tony was the one person out of all of us who would always be there, encouraging people at training,” added Joe. “Even if he was injured and not playing, he would be there talking to everyone and egging them on at training, so it has been a big shock for us all. “Lower Shankill were very good and were happy to put the game back.”

While disappointed at their defeat at the weekend, the season is far from over for Swifts who will continue to try and push forward and improve their current position of seventh in the Belfast & District Football League’s Premier Division in order to help them in their intended application to join the Northern Amateur Football League for next season.

“We are a bit off the pace in the league now, but we are still looking to keep going there and we also have the Nelson Cup to come,” Joe continued. “The thing is after Tony died, there have been players who previously left the club and hadn’t been playing come back to train with us.

Numbers at training have been unreal, so it seems to have given people a bit of a push to come back in and help the club out. I think at the end of the season we are going to apply to join the Amateur League, so we would need to finish as strong as possible to boost that position.”