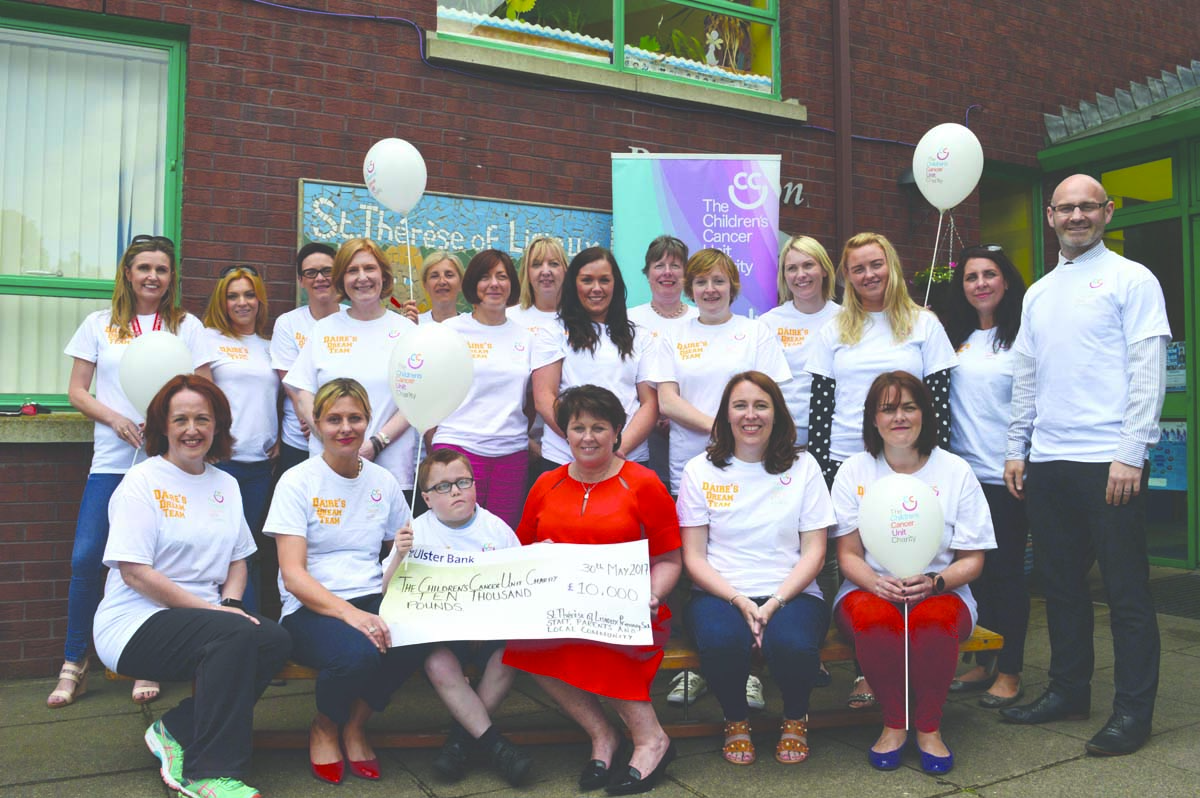 BIG-HEARTED North Belfast runners who took part in the recent marathon in aid of a local boy have handed over a cheque for £10,000 to charity.

‘Dáire’s Dream Team’ laced up their trainers last month to run the marathon and raise money for the Children’s Cancer Unit at the Royal which helped care for St Therese of Lisieux pupil Dáire Downey when he was diagnosed with cancer.

Now no longer receiving treatment, Dáire and his supporters wanted to give something back to the CCU and so 28 people ran the marathon in stages to raise cash.

The team was organised by Ruth McLarnon, who said: “A few months ago some parents got together to see what we could do to raise money for the CCUC to thank them for all the help and support they gave Dáire when he was undergoing treatment. Despite the fact that many of us hadn't run even a short distance, never mind a leg of a marathon, we decided that it was a challenge we were ready to face.

“Our initial target was to raise a few hundred pounds, but as more and more runners joined, the donations kept on coming. Now with an extra donation from Dáire’s charity, we are delighted to be able to present the CCUC with £10,000.”

Accepting the cheque, Jacqueline Wilkinson from the Children’s Cancer Unit Charity, said: “To raise this amount of money takes a lot of commitment and hard work, and we are so grateful to Dáire’s Dream Team for this donation. This will help the CCUC support the amazing work of the doctors and nurses who have cared for children like Dáire and provide the best facilities for them and their families.”