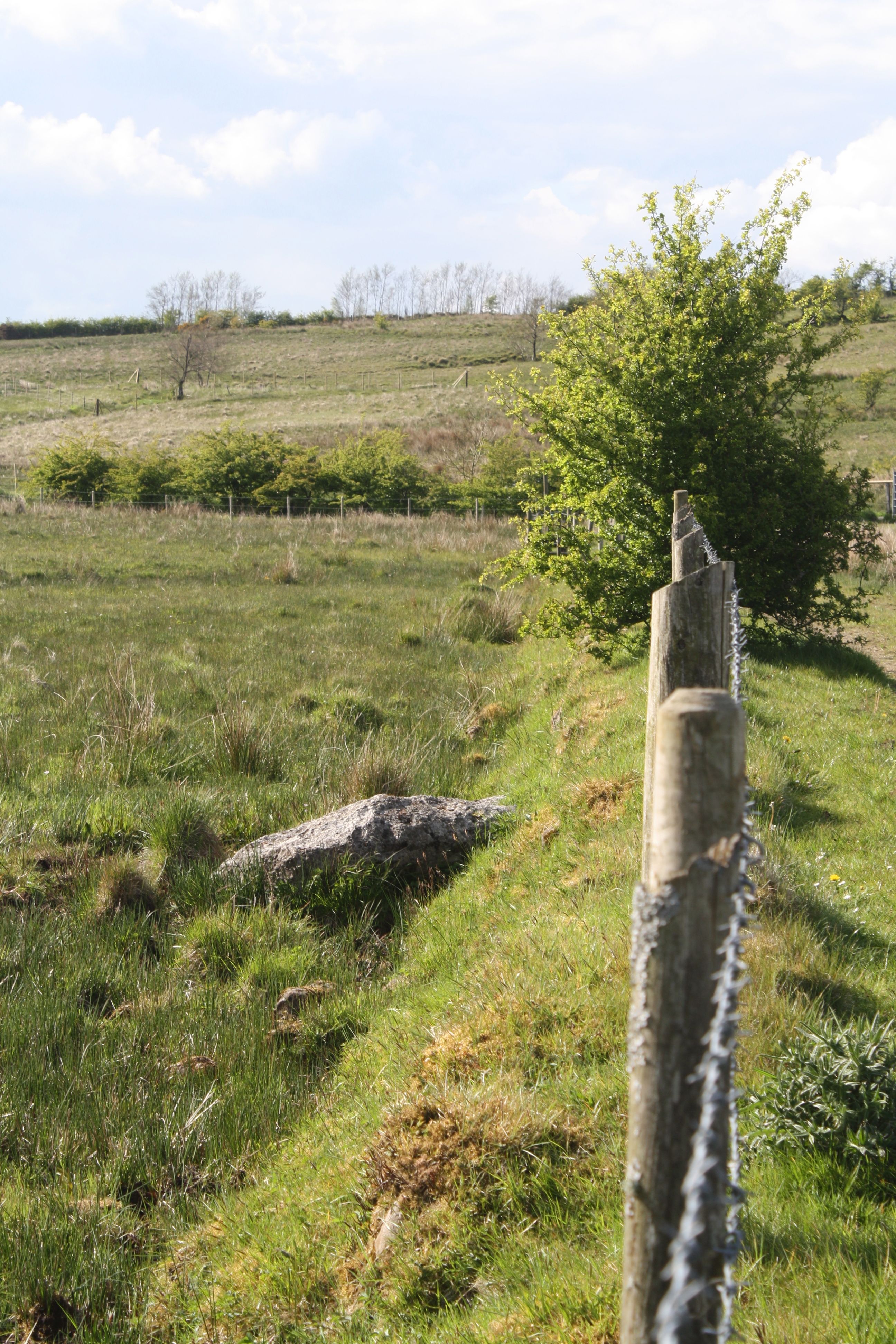 Dúlra had a skip in his step when he left Slievenacloy this week. He was buzzing inside like he had just got his lotto numbers up.

On this lonely, windswept hill outside Poleglass, he had just gone head-to-head with a rare bird that, up until this year, had always outwitted him. But this time the result was Dúlra 1, Wheatear 0.

Not many readers will be familiar with wheatears. They don’t like cities or indeed people, preferring our remotest terraines. And so you’ll find pairs of these pretty birds – they’re like yellow or russet-chested blackbirds – dotted along the top of the Belfast hills. Around 12,000 of them arrive in Ireland from Africa every spring and set about finding a hole in the ground to nest in.

They are colourful – especially the male – with a flashing white rump, yet they’re hard to spot among the rocks and heather. Their colours blend into the shadows of the stones, from which they get their Irish name, clochrán.

They nest down an old rabbit hole or among quarry rocks. Finding that nest sounds like it shouldn’t be a difficult riddle to solve – theoretically, you just have to watch them visit it.

But this bird is as cautious as a burglar. And because they live on bare hilltops, there’s no way to hide from them. They’ll see visitors coming from a long way off and then stay well away from their nest for as long as it takes. In a game of patience, we’ll succumb to the extreme hilltop conditions first.

But this week it was different – luck was on Dúlra’s side. Firstly, the female wheatear flashed by just as he was cutting through an old hedgerow.

Dúlra froze as the wheatear perched on a treetop halfway across the field. It was a game of who’d blink first. Birds know that people can’t stay still. But that’s exactly what Dúlra did and eventually the wheatear darted off, confused. She was sure she’d seen a person, but why didn’t he move? They always move!

That was Dúlra’s big break. Now he just had to stay absolutely still for… well perhaps until the sun went down!

The second piece of good luck was how the wizened old hawthorn that Dúlra found himself under had obviously struggled to grow upright on the exposed hillside. And so the thick branches were like a platform on which Dúlra found he could rest his elbows so he could keep his binoculars raised to his eyes.

Because he was in this for the long haul.

An hour, in fact, with barely a twitch, all the while the binoculars focused on the female wheatear which had landed about 20 yards away on a gatepost.

Only later did Dúlra read that at the first sign of potential danger, the male bird calls the female off the nest “after which a good vantage point and patient watching needed” to find its nest. It added: “Final dive to nest sometimes difficult to see, since vantage point should be as far as feasible from the suspected nest area.”

Dúlra, hidden among the Slievenacloy hawthorns, had the perfect vantage point. The female moved from post to post, occasionally darting to the ground and returning with a caterpillar or beetle. Dúlra marvelled at her pastel colours that merged seamlessly into the landscape.

Up and down the posts she travelled. Up and down to the ground for food. And then, eventually, came that “final dive” that he just happened to catch out of the side of the binoculars.

It took Dulra’s breath away. The bird at first dropped onto the rough path as it had done every few minutes. Dúlra couldn’t actually see her, but he expected that in a second or two she would return to the post, as she had done all the while. But out of nowhere she reappeared low through the barbed wire fence, just a few inches from the ground, and disappeared into the base of a huge boulder!

Bingo! Dúlra couldn’t believe it. From any other angle, he wouldn’t never have known where exactly the nest was, but he just happened to be at the correct side. The third and final piece of luck meant that he had, after all these years, finally discovered a wheatear’s nest.

The nest itself could be deep under the stone – perhaps an arm’s length. Dúlra has no intention of disturbing it, of course, but it means that now he knows where it is, he can watch them raise their brood through the summer.

And of course, Slievenacloy comes from the Irish Sliabh na Cloiche, the Mountain of the Stone. And what a stone!

If you’ve seen or photographed anything interesting or have any nature questions, you can text Dúlra on 07801 414804. The Belfast docks lapwings have hatched – so we’re halfway to a miracle success. Two pairs of Ireland’s national bird laid their eggs on a patch of wasteground and the mothers spent the last four weeks incubating them while constantly battling off intruders. They’ve made it this far – but they’re still less than halfway there. It’ll take another six weeks of 24/7 attention before the chicks can fly. We can but hope. 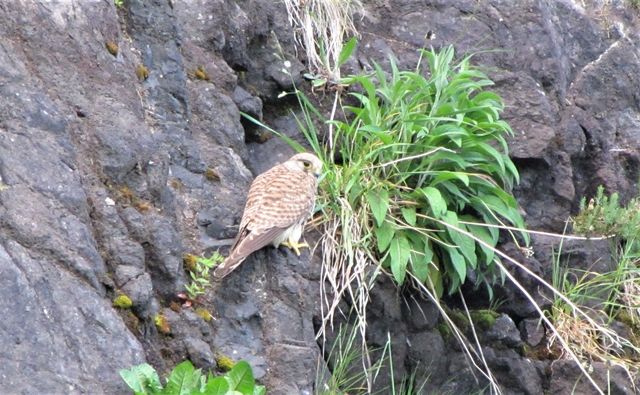 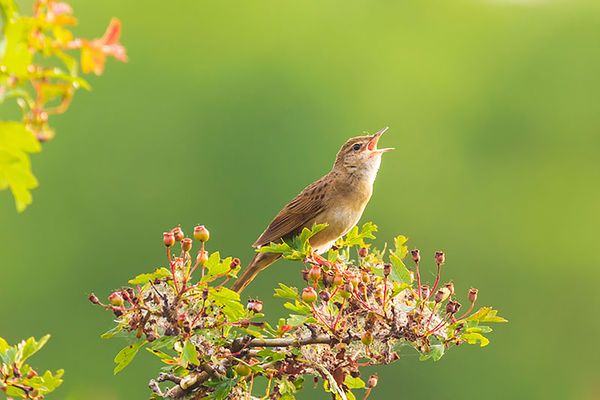 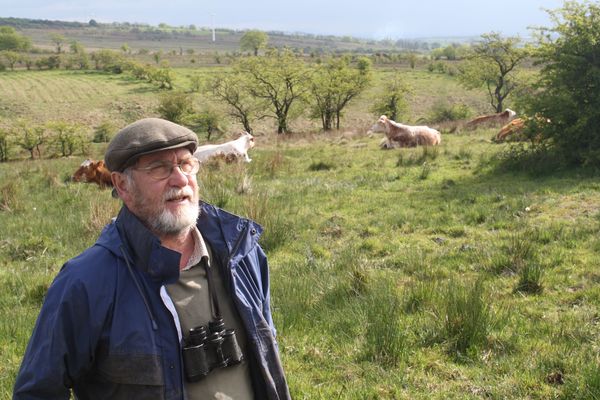