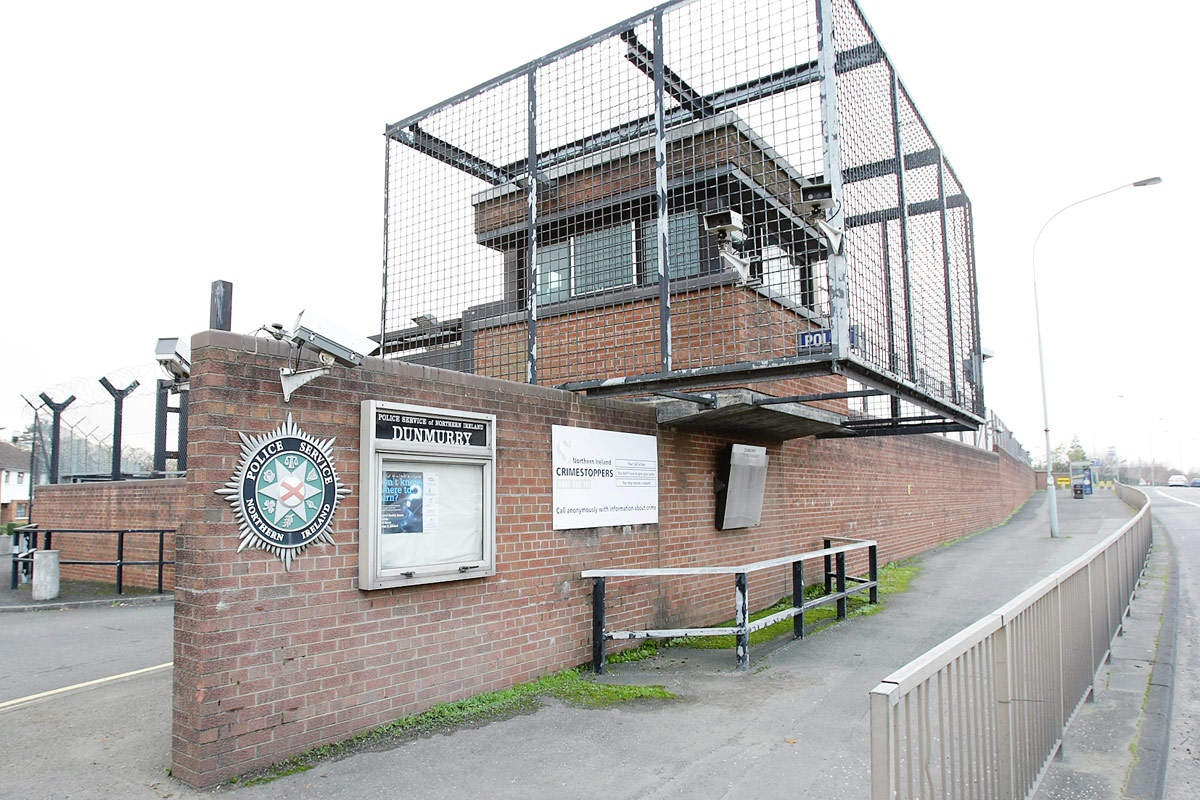 News that one-third of police stations here, including Dunmurry police station, are to close over the next three years has been welcomed by Sinn Féin.The PSNI are recommending 35 stations of their 82 stations are to shut as part of their estate strategy. The move is a bid to meet future policing requirements.

While the DUP have expressed “shock” at the news, Sinn Féin MLA Pat Sheehan, who sits on the Policing Board, says there are currently too many police stations here.

“This debate is not just limited to the closure of police stations,” he said. “From Sinn Féin’s perspective it must engage the spending of public monies in a proper and accountable fashion delivering the best outcome for policing our communities.

“We would envisage that the number of police stations would be reduced and those that remain would be demilitarised and defortified. We are currently over-policed in terms of per capita population and we simply have too many police stations. This, however, does not mean that rural or isolated communities should be robbed of community policing. The monies that these closures would save should be reinvested in such a way that policing is only improved.”

Mr Sheehan also expressed concern over how money is currently being spent in relation to policing.

“Further to this, there are serious concerns about how the overall policing resources are meeting with the required outcomes,” he said.  “There is currently not enough transparency on the use of funding for issues such as Special Security Funding which accounts for a quarter of a billion pounds. One such example of this is the Audit Office stating the PSNI did not properly account for the hire of four helicopters at the cost of £700,000.

“Sinn Féin will not stand over large amounts of public money being spent on what cannot be explained or qualified. What we need to address is how resources are directed in order to deliver proper and accountable policing structures for the 21st century.”