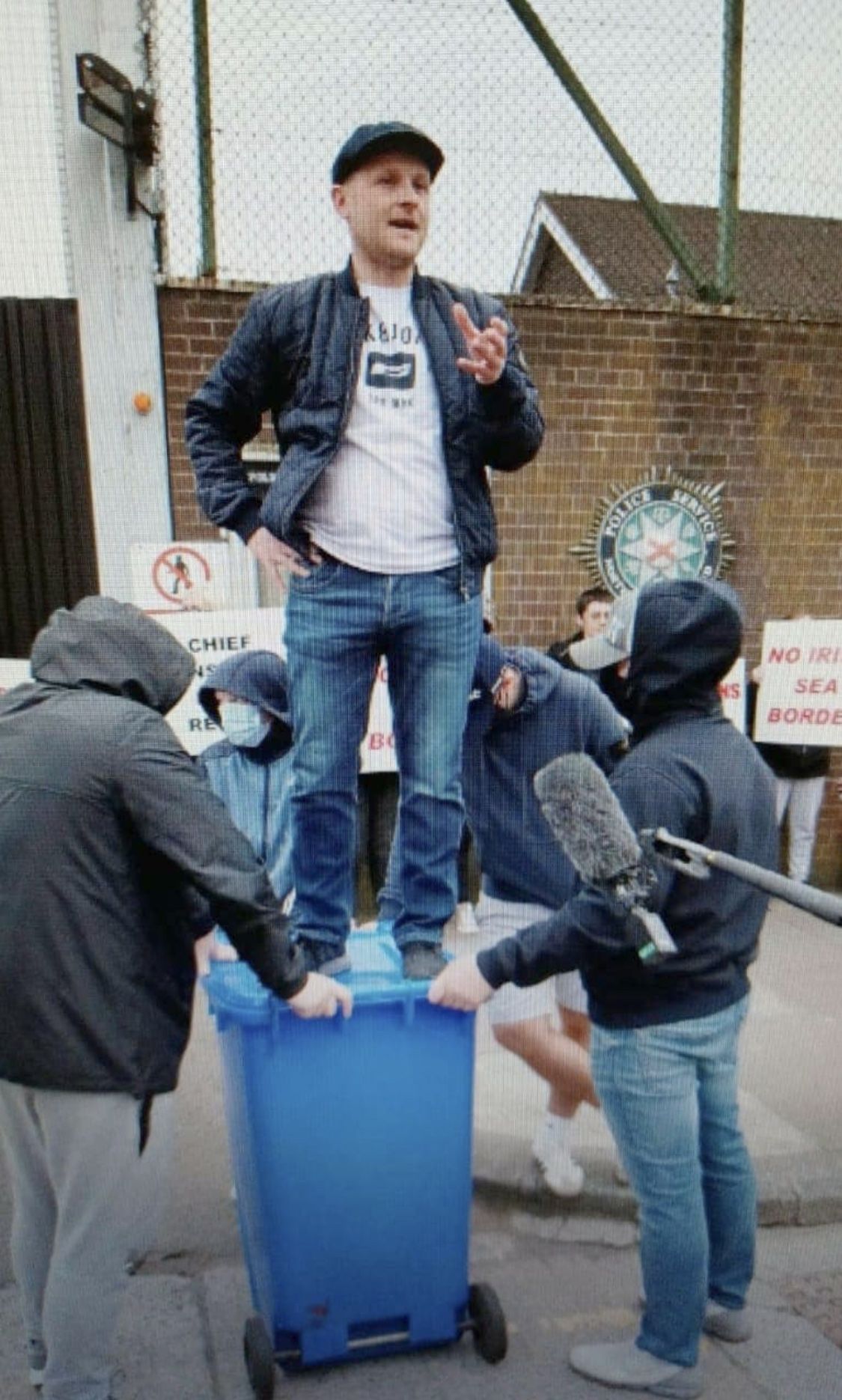 SUSPENDED: Alderman Bill Keery was punished by the DUP for a remark about Prince Philip and the queen

Newtownards, my Newtownards,
The home of heroes, songs and bards,
The star of the lovely County Down,
The place I call my dear home town.

The stories ring down through the years,
Of victories, losses, joy and tears,
But of all the tales that swell my heart,
There’s one that stands tall and apart.

It tells of courage and of dreams,
Its glory o’er the world it beams,
It gladdens the thoughts of loyal folk,
That blessed breed, that Ulster oak.

Bring close your chair and listen well,
While I this stirring history tell,
And in years to come you’ll tell your kin,
Of the Newtownards Blue Wheelie Bin.

In the year Two Thousand and Twenty One,
A foul injustice had been done.
Our culture had been stripped away,
For queers and poofs we couldn’t pray.

Our flags were torn from every mast,
While we looked on shocked and aghast.
They had no need for guns and bombs,
They could ban Rule, Britannia! From the
Proms.

And when we thought it could get no worse,
Along come the Bobby Storey hearse.
The rebel hordes came out to mourn,
While Ulster of its rights was shorn.

(Except for Shankilll George’s Rangers show,
And that Apprentice Boy’s funeral on Sandy Row.
And Glentoran when they won the cup,
And their many  fans came out to dance and sup.)

But the blow that came most harsh and cruel,
Uttered from lips as thin as gruel,
Was to say our Union could no longer be,
‘We’re sticking a border in the Irish Sea.’
Eight miles away along the coast,
A young man sat and watched engrossed,
As Ulster’s woes were piled up high,
In Donaghadee he heaved a sigh.

For years he’d worked to serve his land,
First by marching in a band,
Then he worked as a taxi dispatcher,
Which suited a bloke of modest stature.

But Jamie wanted so much more,
And was drawn by the pull of the nightclub door,
And when he finished with the world of bouncing,
He called up all his friends announcing

That he’d now decided to study Law,
But that had one decided flaw.
Although he’d saved and had the cheque,
They don’t do degrees at Bangor Tech.

And so he said with a voice so regal,
‘I think I’ll be a paralegal.’
And then he became the voice of the people,
And the bells rang out from every steeple.

And now he knew  the  Irish Sea border,
Could only be scrapped through civil disorder,
And the funeral injustice would be put right,
By a massive show of loyalist might.

And then he vowed to spread the news,
To light the righteous anger fuse,
To tell the truth and fight the spin,
From the top of his ma’s Blue Wheelie Bin.

For oft on Jamie God had smiled,
Both as manly man and child:
A cheeky smile and rare good looks,
A velvet voice, a love of books.

How people gasped and were impressed,
By the stylish way that Jamie dressed,
His hair was neat, his shoes were shiny,
But the fact remained that he was tiny.

And so when he first began to speak,
The results to tell the truth were bleak.
He’d thunder forth but then fall flat,
When the people shouted, ‘Who said that?’

And so he knew he’d have to rise
Above the crowd towards the skies.
For that very evening with his guards,
He was headed south-west to Newtownards.

But on what proud platform could he stand,
To shout his message loud and grand?
And suddenly he remembered with a grin
His ma had a lovely Wheelie Bin.

So out the back he fairly flew,
And then he had to think things through,
The bins were black and blue and green,
But on which one should he be seen?

Black was the heart that betrayed his land,
Green was the rebel with blood-stained hand,
So in his mind the passion grew,
The Wheelie Bin for him was Blue.

Then came the time to be en-route,
But the Bin wouldn’t fit in his Skoda’s boot,
So acting quick and thinking smart,
He decided to pull it like a cart.

In every village they roared and cheered,
When the Skoda towing the Bin appeared,
‘Ulster’s saved!’ cried every street,
‘Wee Jamie’s gained another four feet.’
In Newtownards the whole Ulster nation
Had gathered outside the local police station:
A bloke and a dog on frayed nylon rope,
Three women dancing and cursing the Pope.

All at once from the crowd came a deafening din,
As Jamie appeared with his Blue Wheelie Bin.
But when on its lid he attempted to climb,
The wee man kept failing time after time.

Then bravely stepped forward his four loyal men:
Stewarty and Geordie and Billy and Ben.
And they held the Bin steady and gave him a lift,
And Jamie rose skyward so surely and swift.

For the next twenty minutes the wee man did his thing,
Outshining Paisley and Gandhi and King.
And by the time he’d finished he’d given it plenty,
And the crowd at his feet had swollen to twenty.

Though things looked for Ulster so bleak and concerning,
From that glad day forward the tide began turning,
The border’s still there on that damned Irish Sea,
And I’m still not allowed to have haggis for tea.

But now when my heart’s feeling troubled and down,
I think back to that evening in Newtownards town,
And I fill up with pride and with hope and with joy,
When I think of that Wheelie Bin under that boy.

When the Museum of Ulster opens its  doors,
We’ll remember our history – it’s mine and it’s yours.
The ‘Ulster Says No’ banner from Eighty-Five,
A loyalist mural interactive archive.

The flag protest caravan in all its proud splendour,
The City Hall window, that shrill ‘No Surrender!’
An Ulster Resistance red DUP beret,
A stone or two loaned from the old Walls of Derry.

But in those hallowed halls a place we will hold,
For the bravest of brave, the boldest of bold.
For there in the foyer just as you go in,
Will be Jamie on top of his Blue Wheelie Bin.

THE DUP AND DISCIPLINE

IT’S regularly claimed that the DUP is a party slow to take action against errant members.

East Belfast MP Sammy Wilson has been regularly throwing hand grenades at his party’s Covid strategy by appearing in public unmasked or partially masked, and he famously put up a picture of himself on Twitter with a 99 in an ice-cream shop in Islandmagee. He wasn’t wearing a mask and told his followers “you can’t eat when you’re muzzled”.

Earlier this month Ballymena DUP Councillor John Carson said the Covid pandemic was a punishment handed down by God because of same-sex marriage and abortion. Squinter has to admit that he was a bit dubious about John’s claim, but, then John went on to point out that “they laughed at Noah until the rain started.” And if that doesn’t give you pause for thought, nothing will.

In the past, Lagan Valley MP Edwin Poots said of his new leader Arlene Foster, “Her most important job is wife, mother and daughter.” He said of David Trimble’s new adviser, Stephen King: “It is really astounding that David Trimble should have a man such as this giving him advice – and must surely cast grave doubts on his own political judgement.” He said this because Mr King is gay. More widely, he described gay relationships as “immoral, offensive and obnoxious.”

'DUP councillor John Carson, whose past controversial comments have included claiming the Covid-19 pandemic was God's judgement on abortion and same-sex marriage, is backing Edwin Poots for leader and says Sinn Féin's Michelle O'Neill will be "put back in her kennel"' pic.twitter.com/UHp4F2T8iM

He was enthusiastically joined in his disgust by North Antrim MP Ian Paisley Jnr, who said he was “pretty repulsed by gay and lesbianism”.

Sammy, meanwhile, has opined the LGBTQ community are “poofs” and “perverts”, while he also observed that “Taigs don’t pay rates”.

Squinter doesn’t propose to continue along these lines because he’s pretty sure that most of you are well acquainted with the DUP’s rather, ah, colourful membership. And you will also be aware that not a single punishment has been forthcoming in the wake of any of the above charming remarks.

But the good news is that the days of the free pass are over. The DUP has finally moved into the 19th century and in the party’s disciplinary department a new brush is furiously sweeping. And a tiny nation rejoices.

Unsuspecting Ards and North Down Alderman Bill Keery has become the first victim of the new dispensation. An outrageous and unconscionable remark has earned him a swift and ruthless suspension from the party. And on what subject was the boul’ Bill opining when he overstepped the hitherto extremely wide mark? Homosexuality? Climate change? Abortion? The Bible? Line dancing?

Well, actually, none of the above. Here’s the line from a recent special meeting of the Council that saw Bill cut off at the legs: “He [Prince Philip] first met her majesty as a 13-year-old. I don’t know how people would view that nowadays – whether that would be talked about as being groomed.”

An immediate and unreserved apology wasn’t enough to save poor Bill’s bacon, while the fact that an 18-year-old courting a 13-year-old would indeed be considered grooming in modern parlance is neither here nor there.

Truth doesn’t count in Bill’s defence any more than untruths counted against any of his colleagues in the party’s storied past. 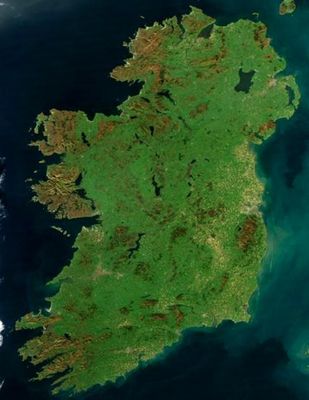 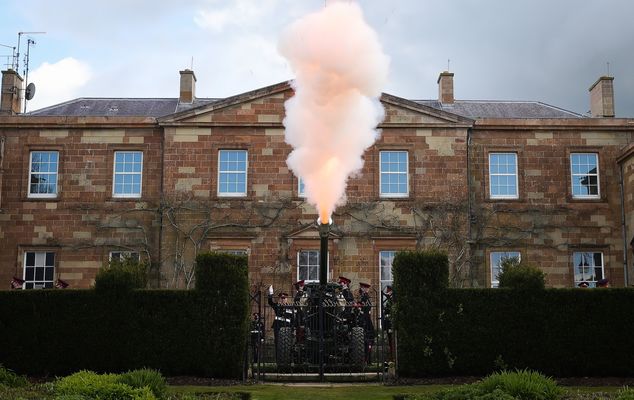 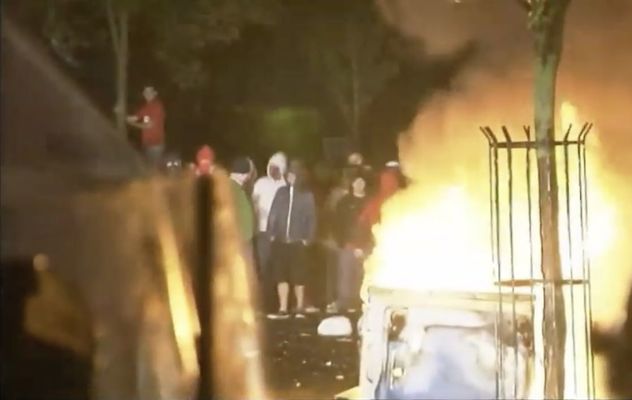