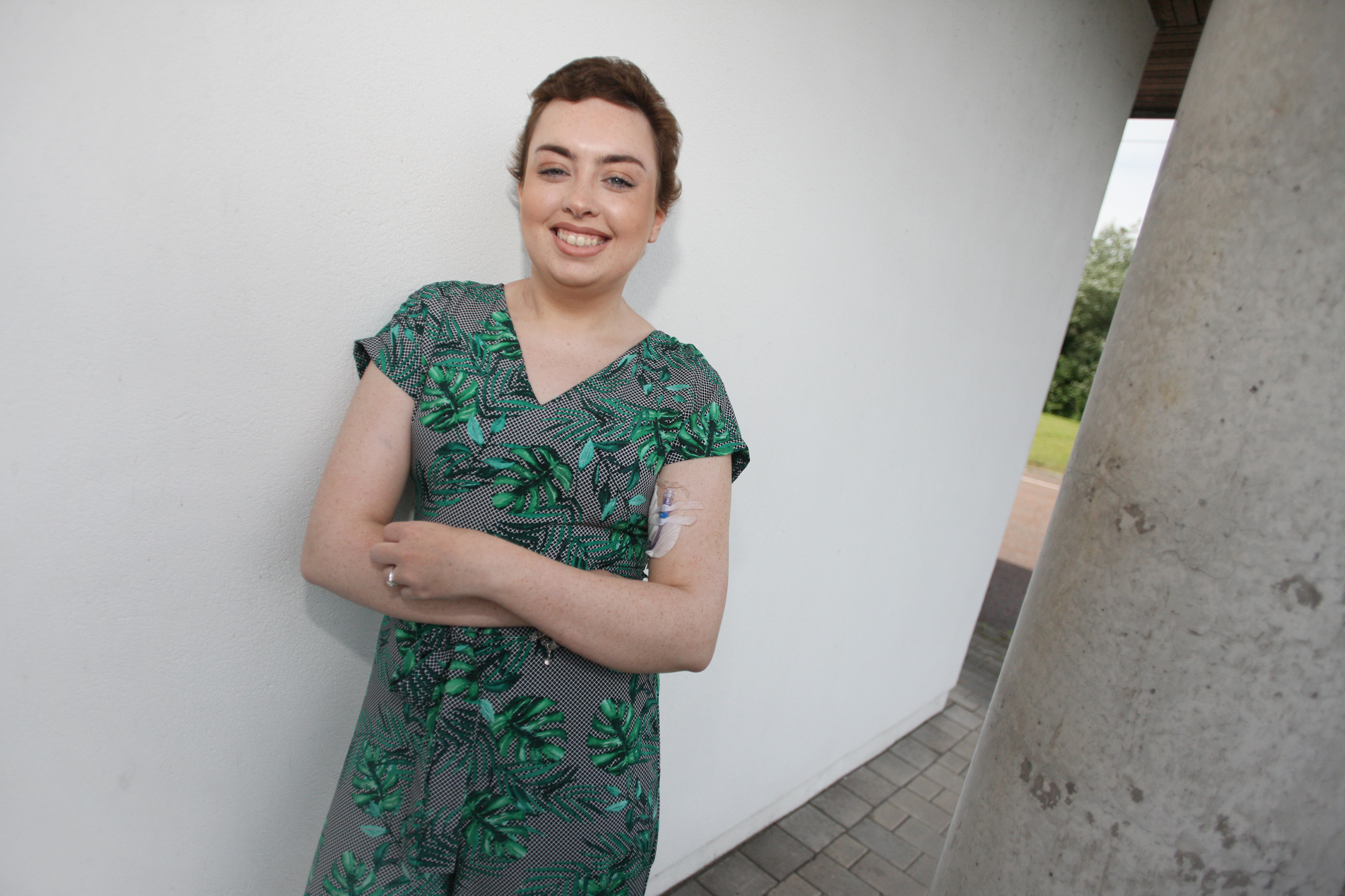 THE father of a young West Belfast cancer battler, who passed away last year, is to host a charity balloon race on his daughter’s birthday.

In a bid to raise funds for the Cancer Fund for Children, Seán Smyth, whose daughter Eimear Gooderham (née Smyth) died on the 27th of June 2019, is asking participants to donate £5 for a biodegradable birthday balloon, which will be filled with helium, tagged and released on Sunday 10 May.

In September 2016, Eimear was diagnosed with stage two Hodgkin’s Lymphoma, a type of blood cancer.

After finding a stem cell donor match, Eimear and underwent a transplant in November 2018, but sadly passed away following complications.

Speaking to the Andersonstown News, Seán said that, as well as raising money for charity, the balloon race will also be an opportunity to celebrate Eimear’s birthday.

“Eimear loved her birthday, going out for dinner, getting nice presents, and we thought ‘why should we stop celebrating her birthday?’,” he said.

“It’s a joyous occasion, so we decided to do something and get something good out of it.

“The Cancer Fund for Children have been very good to us as a family and they’re one of our charities for this year.

“I was thinking of ways we could celebrate her birthday and raise some money, and I thought about birthday balloons. About ten years ago, maybe longer, I was out for a walk and I found a balloon with a tag on it, which said ‘If you find this please let us know where it is’. So I thought that we could do that for Eimear and have a bit of fun. Everything we do for Eimear has to be fun, so I thought ‘why don’t we do a balloon race?’”

Once the balloons are released, Eimear’s Great Birthday Balloon Race will run until Sunday the 21st of June with the balloon found furthest away declared the winner.

As well as cash prizes for first, second and third place, the person with the winning balloon will also receive a bespoke bottle of the forthcoming ‘Eimear’s Wish Gin’, which is being specially distilled to raise funds and awareness for cancer and stem cell charities.

Ahead of the race, Sean pointed out that he has taken important precautions to protect the environment while releasing the balloons.

“We have sold 179 balloons at the moment, so it’s going to look pretty good going up in the air,” he said.

“We’re doing everything we can to minimise the risk to animals and the environment."

In six days Eimear’s Birthday Balloon Race has raised £900, @CancerFundChild Thank you. The race starts at 12 noon on Sunday 10 May. You can win £100, and a bottle of our limited edition Eimear’s Wish Gin. Buy your tickets via our PayPal account: eimearswish@outlook.com pic.twitter.com/JC2kQKCGH5

At the time of writing, Eimear’s Great Birthday Balloon Race has raised £900 for the Cancer Fund for Children.

The race starts at 12 noon on Sunday. If you would like to participate you can buy a balloon by sending £5 to the Eimear’s Search PayPal account at eimearswish@outlook.com