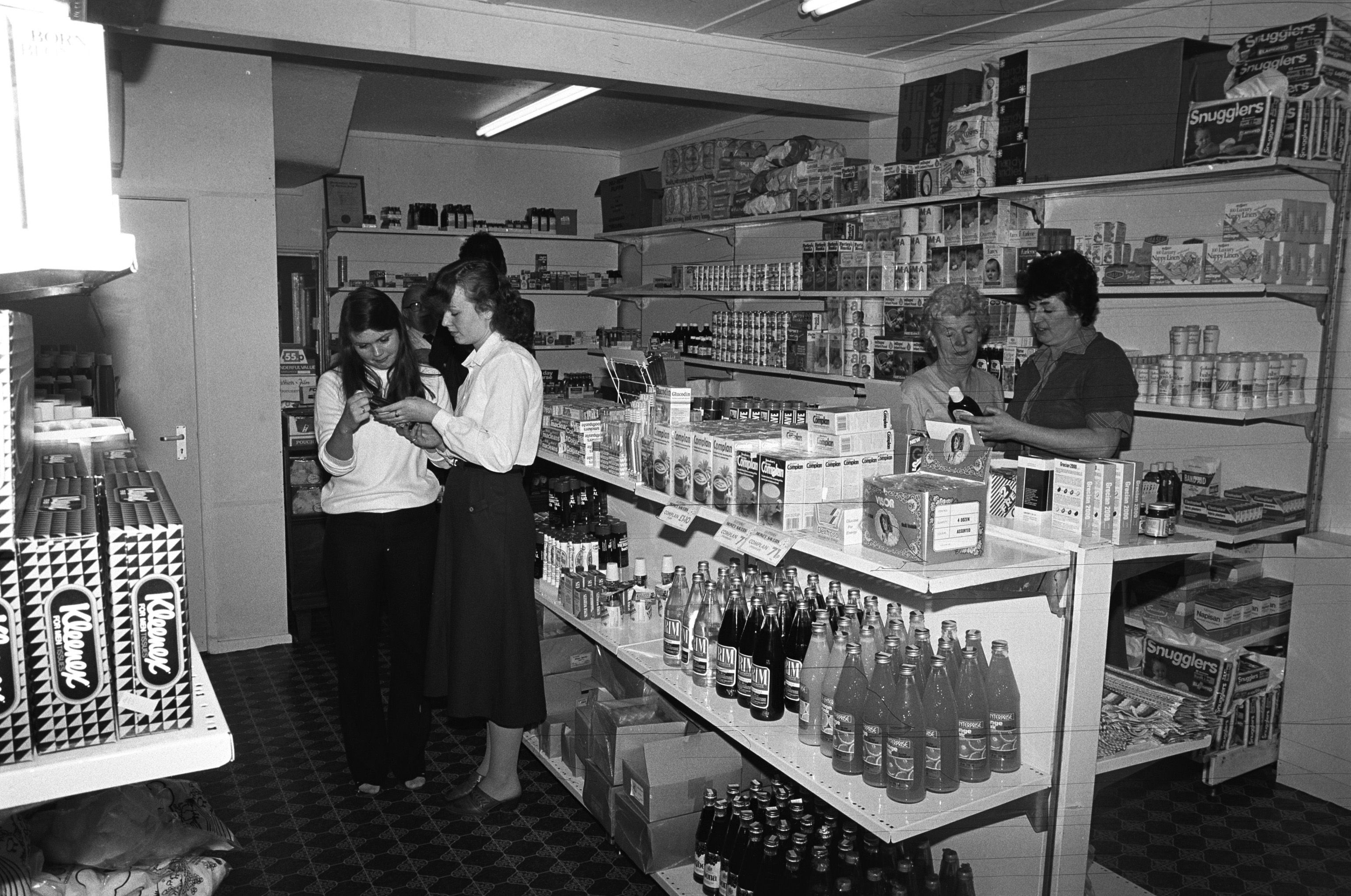 BUSY: Business is brisk at the newly opened Nugent's Chemist on the Springfield Road

A new barracks for West Belfast

THE  RUC is using special legislation to by-pass building regulations in the building of their latest barracks in the West Belfast area.

Work on the site at the corner of Durham Street and Grosvenor Road, has been in progress for some time, but no plans have been lodged with the City Planning Office or ordinary building regulations complied with for the development of the site. It was only after considerable investigation by the Andersonstown News, that it was revealed that a new RUC barracks for the West Belfast area, was being built there.

For security reasons, the RUC and British Army can avoid going through the usual planning channels by invoking special legislation. It would appear that the RUC would be happier if the general public didn’t know about the new development until the building is well underway. At the moment only the piling and some foundation work has been completed.

The Andersonstown News has also learned that one of the largest construction companies in Belfast refused the contract because of its sensitive nature.

At the moment no special security precautions are being taken on the site, but today’s revelation might lead to a review of security as the building progresses. This new barracks is only the latest in a massive capital investment programme by the RUC following as it does, the announcement of the replacement of the Chichester Road Barracks on the Antrim Road, which had to be demolished following a bomb blast a number of years ago.

SILENT Too Long, the organisation of families of victims of Loyalist/’security forces’ assassinations, will meet this Sunday in the Felon’s Club, New Lodge Road.

Again they issue a welcome to all concerned families, along with a warning that many of the assassins have never been charged or convicted, or having served their sentences are now free, possibly to resume their activities. A branch of the organisation has been established in Derry and the group is seeking a meeting with Cardinal Ó Fiaich, to ask the reason for the Catholic clergies’ silence on the assassination campaign, which has to date claimed over 600 victims.

One of the main functions of Silent Too Long is to gather and publish information about the assassinations. So far they have established contact with over 200 families.

This week we publish a cross section of cases; eventually a full list in chronological order will be published in book form.

Silent Too Long publicity officer, Eddie McWilliams, told our reporter: “People have short memories, but we believe it is important to remind them of the deaths and of the extent of the assassination campaign.”

ELEVEN young children from the Andersonstown area will be getting their first tase of international theatre when they visit the Waterford International Festival of Light Opera in St Agnes’ Choral Society’s presentation of the White Horse Inn.

Eleven-year-old Aidan Doherty and ten young pupils from Cross and Passion Girls’ School, Glen Road, were selected in a marathon auditioning sesson to play parts in this colourful musical production. St Agnes’ have won the International Trophy at the Waterford Festival on more occasions than any other society in the world and they are looking forward to adding more success to their reputation.

Andersonstown audiences will have an opportunity of seeing the show in a pre-Waterford run in St Joseph’s College of Education, Trench House, tomorrow night, Friday 18th, Saturday 19th and Sunday 20th September at 8pm.

Demand for tickets is bound to be heavy so booking should be made as early as possible at Brady’s Andersonstown Road, Greenways, Stewartstown Road, or any Society member. Andersonstown will want to give a proper send-off to their own international champions, St Agnes’ Choral Society, on this their 19th visit to Waterford.