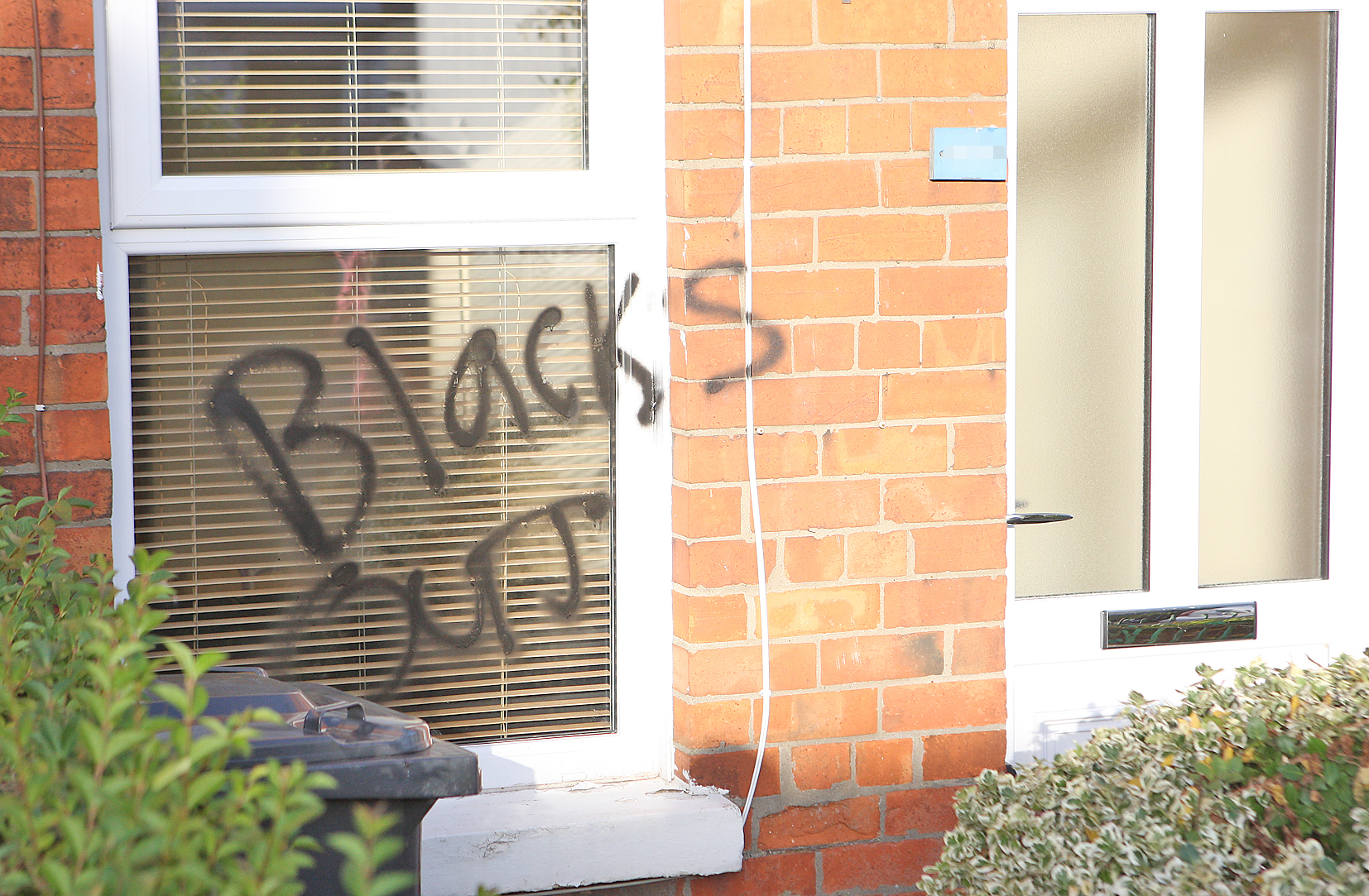 POLICE are treating as a hate crime racist graffiti that was painted across the front window of a property in Stockmans Lane.

It is understood the ‘Blacks Out’ graffiti was sprayed on the home late last Wednesday night and that the mixed race family living there haven’t been back to their property since.

The shocking incident comes just two months after windows were smashed at West Belfast writer Tim Brannigan’s home and his property pelted with bricks and stones in a racist attack.

Mr Brannigan took to the social media site Twitter to upload photographs of the damage caused and the missiles thrown. The attack was accompanied by racist abuse.

SDLP Councillor Tim Attwood said there was no place for racism in West Belfast.

“This is a shocking incident which has deeply upset neighbours and the local community,” he said. “Police are investigating this as a hate crime and seeking any information in catching the culprits. I know the whole community wants to send out a loud message that there is no place for racism in West Belfast and we want to fully support the family who have been left traumatised by this incident.

“I arranged for Belfast City Council cleansing depart-ment to remove the graffiti immediately.”

Offering support to the family, West Belfast MP Paul Maskey said whoever daubed the graffiti on the property “should be ashamed of themselves”.

“Seeing what had been scrawled on the home absolutely disgusted me,” he said.

“One of the best things about West Belfast is its people. We are welcoming, caring and strong. We have came through a lot over the years and we look out for each other. We also need to look out for others.

“People who have made this part of Belfast their home – no matter where they’ve come from – are very welcome and contribute greatly to our society. If anyone has information on whoever carried this out I would ask them to come forward to the PSNI.”

Speaking on behalf of the West Against Racism Network, Flair Campbell said instances of racist abuse “must be highlighted and stopped”.

“Whoever did this is not speaking for our area and we need a unified approach in dealing with such issues,” said Flair.

“If any incident such as this should occur I would ask people to contact their local community groups or representatives. This family is welcome and should be made to feel as such.”