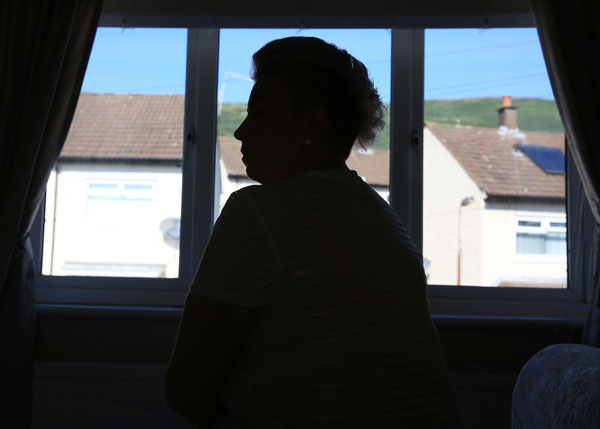 THE family of a 22-year-old West Belfast man say they are desperate for help after he attempted suicide for the second time in a fortnight.

The man’s sister says that they feel that they have been let down by the Belfast Trust and the South Eastern Trust.

Speaking to the Andersons-town News, the young man’s sister, who does not wish to be named, said her brother – who has a drug problem – tried to take his own life on Monday morning but was saved by a family member.

“We called an ambulance and the paramedics worked with him for around ten minutes and then brought him to the Royal Victoria Hospital where he was placed in the short stay unit,” she said.

“The consultants and the mental health team assessed him. He was given an appointment for Tuesday morning in the Mater and we were told that there was nothing further they could do as it had already gone to consultant level within the Belfast Trust.”

The local man’s sister said that she feels that the Belfast Trust and the South Eastern Trust have let her brother and her family down.

“On one occasion when he was unwell he was discharged from the Mater after a day, then three weeks ago he went again for three days, he was hearing voices and seeing dead people. I’ve gone through psychosis myself, so to see my brother go through the same thing is heartbreaking.

“They discharged him as the voices were faded. They said they weren’t too concerned. Then two weeks ago he attempted suicide and then again on Monday.

“On Monday my brother was curled up on a chair in the RVH crying, begging for help, telling them it wasn’t safe for him to leave the hospital and go home.

“They said he seemed to have good family support and would be sending him home, this was just to put the onus on us. I asked them had they no duty of care? He has been to four different hospitals within two Trusts in the space of four weeks. There is no help.

“There was nothing more the RVH would do for him, I woke him and put him in the car and drove to Lagan Valley where he was put through the same process again.

“The consultant said it was a Belfast Trust issue and South Eastern Trust couldn’t deal with it. My brother is of no fixed abode so technically he should have been seen by any trust or any A&E department.  They said there was a community psychiatric nurse (CPN) from the Ulster Hospital who was on the way to see him, then it changed and we were told to bring him to the Ulster.

“I know Belfast Trust and South Eastern Trust are separate entities but this is our brother’s life, we couldn’t wait any longer.”

She added: “We brought him to the Ulster and the CPN nurse saw him. She said it wasn’t a mental health issue that it was an addiction issue.  He has always been very forthcoming about the fact that he has a drug addiction which he has been trying to get help for. Surely addiction and mental health go hand in hand?

“We have been down this road before with our sister and her drug addiction. She has ended up a paranoid schizophrenic because she didn’t get the help she needed in time. It’s a vicious circle and one we are not prepared to watch our brother go through.”

The young man was brought home by his family after 3am on Tuesday morning to prepare him for a further appointment in Lagan Valley at 9.30am the same day.

His sister said: “He left for the appointment before nine on Tuesday. He was home again just after 10am. We are crying out, begging for help. You see all these adverts everywhere telling young men to speak out and get help, there is no help.

“All the Trusts in Belfast should be working together, the suicide and drug addiction rates here are out of control. We have been left in limbo. We’ve been told the only person who can help him is himself. We are terrified that it’s going to be late by the time this so-called help comes. One of the nurses commented to us in RVH that ‘we see this day in and day out’.”

A spokesperson for the Belfast Trust said: “We are unable to comment on individual cases, however where an assessment is carried out by mental health services, a treatment plan is developed that is appropriate for the client’s particular needs.  The assessing team will always discuss the treatment plan with the family as long as the patient gives consent.”

“In relation to individuals referred for suicidal ideation, the Trust undertakes a comprehensive individualised mental health assessment which includes a risk assessment.  An appropriate management plan is then developed following the assessment. Information will be sought and shared with relevant family members or carers, if the patient has given consent to this.”