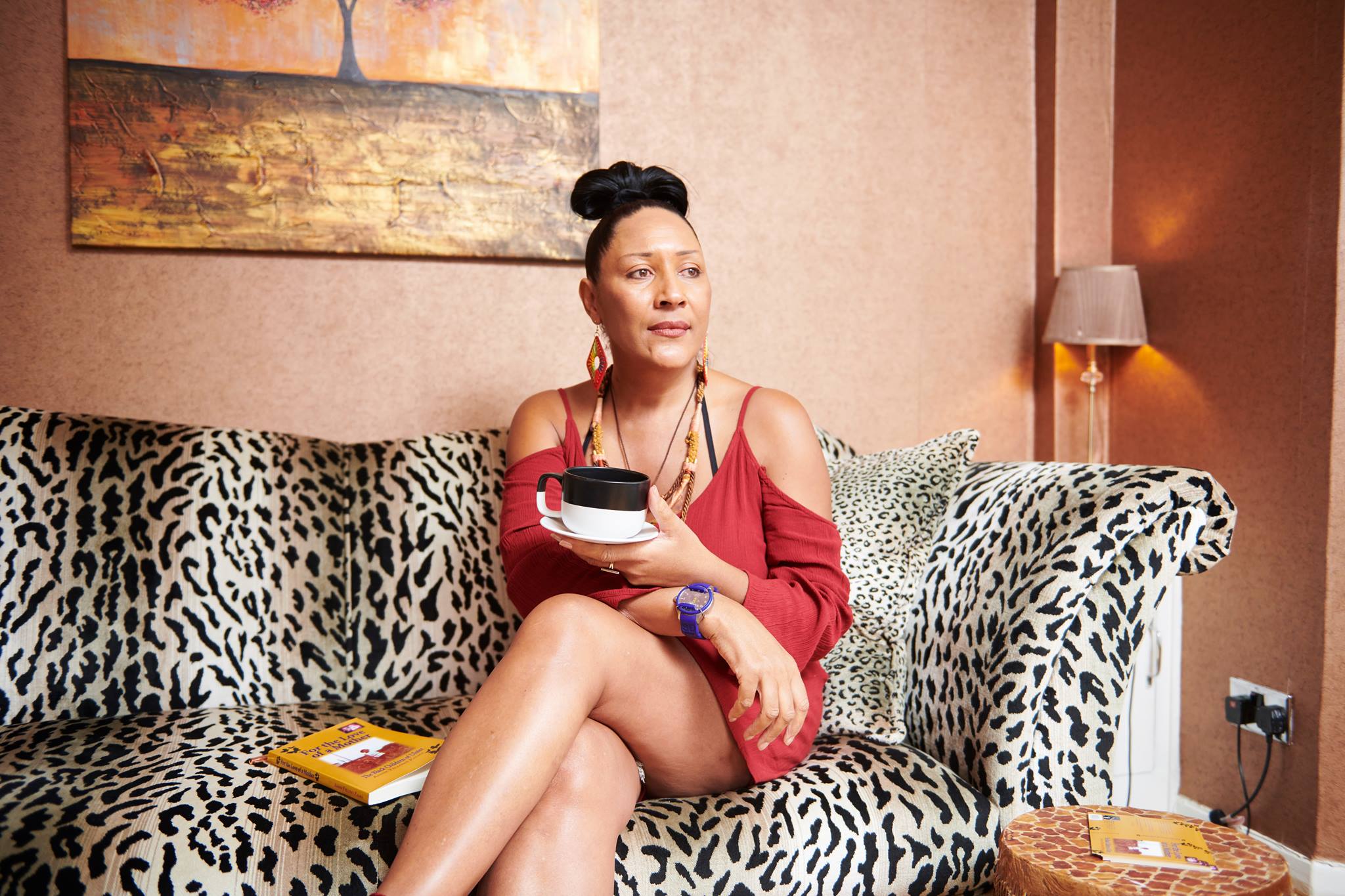 THERE are books out there that are simple to read, straight to the point, a mixture of reality, pain and humour and we are not finished – addressing the audience in a very diverse way.

Yes, there is family, faith groups, poverty and the struggles of identity. We are talking about the book, For the Love of a Mother: The Black Children of Ulster, published in 2017. Annie Yellowe Palma (pictured) wrote this unique autobiographical work to lift the lid off some of the realities of Northern Ireland that society was and still is indifferent about.

I first met Annie in 2013 when she was back visiting her family and friends in Belfast. She is a strong powerful woman. She is a convincing and very protective agitator for the black community, the kind of woman who reactionaries would stereotype as a vocal, loud or aggressive black woman. She appreciates any such ‘calling’.

Palma is the only girl in a family of six.  She was born in Liverpool to a mother from Northern Ireland and a Nigerian father who left when Annie was four years old. When they moved to Northern Ireland, their identity was always a sticking matter among locals because they looked different. Race was the perfect storm of the strange experiences that already happened around them, the brutality of the Troubles in Northern Ireland.

Their mother was picked on because she had children out of wedlock and she had children with black skin. This tortured Annie Palma’s mum and the direct result was her mother turning into alcoholism. This book is powerful and whoever picks it off the shelf anywhere, but mostly here in Ireland, will get much satisfaction with its clarity about the place for identity that is non-sectarian.


While Annie is discussing her Protestant roots, she is not overly obsessed with it as an identity and harmonises the same thoughts on Catholicism, so her quarrel is not sectarian as such because she has no time for this. But she is very subtle in how she deals with certain aspects of it.

Any smart writer would know how to do this.

However, when it is a biographical journey, Palma leaves no stone unturned, she goes for it! One of her central arguments in The Black Children of Ulster is a theory Palma calls raceophilia. I had never met this term, so I added it to my computer dictionary. In her public speaking tours about her book, Palma says in Northern Ireland, people were used to seeing people who looked like them, talked like them and walked like them and probably were bemused to see a different colour. They grew up with a different view of black people.

When you are born, you don’t know anything about hate or ignorance. So as a child you grow up with adults around you talking to you about why and how to hate people of other identities and making you inferior and self-hating. This is raceophilia. So people starting whispering to you how you must fear, mock or abuse a person of a different tone of skin and you do this from childhood: you’re being groomed. Eventually you are a racist, you have learned it from such a young age and it can actually become a mental health problem. In her view, many people are decent in Northern Ireland but raceophilia is deeply rooted, it is established and it must be recognised even in the dictionary as a problem. Raceophiles have to be called out.