Friends and family of victim to protest 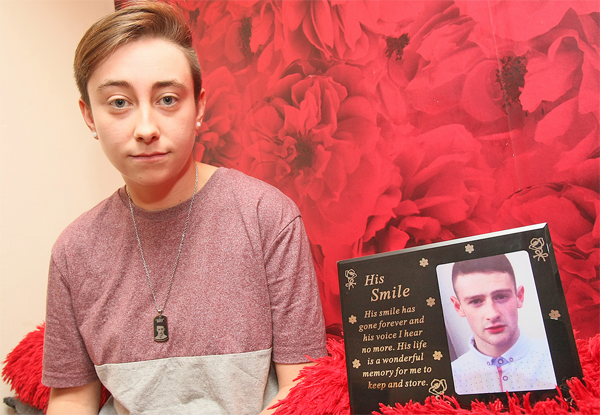 FRIENDS and family of a young father who was brutally murdered are appealing to families let down by the justice system to join them at a protest in the city centre.

20-year old Christopher Meli was killed in December 2015. Close friend Rachael Garland, who met “baby-faced” Christopher in Belfast Metropolitan College almost five years ago, is organising the latest protest against the justice system’s handling of the case. She and others are particularly incensed by some of the bail conditions extended to those accused of being involved in the killing.

“Ideally we are hoping to get a large turn out of over 100 people,” said Rachael. “We want to show the courts that the people will not take this treatment and that we are not going to go away,” explained the 20-year-old.

“We would love the community to come together and speak about it. When it happened was a focus but as time passed all we’re left with is heartache. We need to show people this is still happening, no-one has been brought to justice, we need to get it back in the public eye.”

Detectives believe up to 20 youths were involved in a number of violent confrontations that led to the victim suffering fatal head injuries at Doc's Lane in the Twinbrook estate.

“This protest is not just for Christopher, its for anyone who has been let down by the judicial system, we are asking you to bring pictures of yfriends and loved ones even just for five minutes to bring the numbers the courts need to see.”

Rachael is urging as many people as possible to attend the peaceful protest for even five minutes to deliver this important message.

“We are also appealing for volunteers to help collect over 1000 signatures from the public for a petition to ensure no family has to experience this torment again,” she said. “Everyone is welcome to come contact me or Vanessa Meli for any more details. There are also posts on Facebook we would encourage you to share.”

The protest will be held outside Laganside Court at 12pm on Monday, September 11.