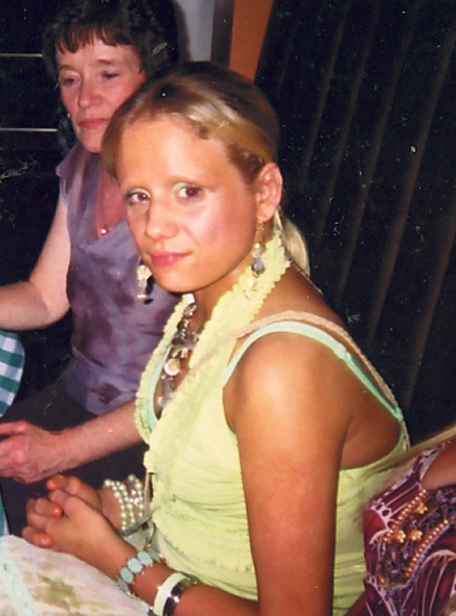 A grieving mother whose daughter took her own life after cutting off all contact with Social Services has questioned why more is not done for people with complex mental health needs who are unable to look after themselves.

Moya Duffy was speaking a week after her daughter Selina, 34, ended her life in her Antrim Road flat.

Selina had lived with paranoid schizophrenia since her early 20s and was unable to look after herself. However, when she told Social Services she no longer wanted contact with them, Moya said they agreed and ceased calling with her.

“I was everywhere with her to try and get help but she wouldn’t engage with social workers,” said Moya. “They said because she was an adult she couldn’t be forced to accept help. She lost her DLA because she wouldn’t answer the letters and when we went down to a tribunal they cut her benefits in half.

“Then because she wouldn’t engage with her Community Psychiatric Nurse or Social Services she lost her direct payments so she couldn’t afford to get people in to help her out with things.”

Over the years Selina had been placed in varied accommodation, both sheltered and independent, but Moya said her mental health needs meant she found it difficult to get by. When difficulties arose Selina would go back to live with her mother but that, she says, wasn’t a solution.

“I loved her but I am not a professional. I tried to help her but she fought with me. She wouldn’t live with me, she wanted her own space, which I understood. I wanted her close by because the only person she had was me.”

For the last four years Selina had lived in the same apartment block as her mother on the Antrim Road at Fortwilliam, but a lack of treatment and her decision to isolate herself meant her illness became too much.

“Nobody helped that wee girl. They just left her on her own to cope alone. Something needs to be done about it. There’s so many broken-hearted parents across North Belfast. Someone needs to help these children. They’re being left in flats on their own with no-one coming near them. She was lonely and she was getting worse. She got a cat and I hoped that would have helped her but it was too much for her.”

Although she had complex needs, Moya says she will remember her daughter as a loving person who had many good qualities.

“She was the best wee girl in the world. She was so kind. She thought about everybody except herself, the local kids loved her. She would have left wee boxes outside people’s doors to thank them for anything they did for her. She was a lovely wee girl – affectionate. She had so many good qualities and always told me, ‘Mummy, I love you.’ I loved her too but in the end I wasn’t enough for her.

“The kids bought her a Disney wreath and the neighbours are going to collect money for a plaque. If she could have only seen how much people loved her, because the thought nobody loved her. Something has to be done.”

A spokeswoman for Belfast Trust said: “Belfast Trust offer condolences to this family, but we cannot discuss an individual’s care.”

She added that anyone who has complex mental health needs is offered a range of support based on their particular needs.

“A treatment plan will be formulated based on each person’s particular problems and the outcome of the clinical assessment. The treatments available include advice and support from within the local community and voluntary services, and this is supported by the client’s general practitioner, treatment from specialist mental health services such as addiction services, community mental health teams or self-harm services and in the most severe cases, day treatment, home treatment or inpatient admission.

“Decisions regarding treatment and care of individuals are taken within a multi-disciplinary team setting after consultation. often with their families.”

Mental health campaigner Philip McTaggart said this gap in services had to be addressed.

“Depression is a debilitating illness and can affect how people communicate,” he said.

“It’s hard to understand how someone who needs help but refuses it can be left to their own devices. If you attend hospital with a severed arm and told them you didn’t need treatment they wouldn’t let you go on your own.

“The only way to deal with mental health issues is to train people to be aware of the signs when someone is in trouble.”