‘How disability made me an artist’ 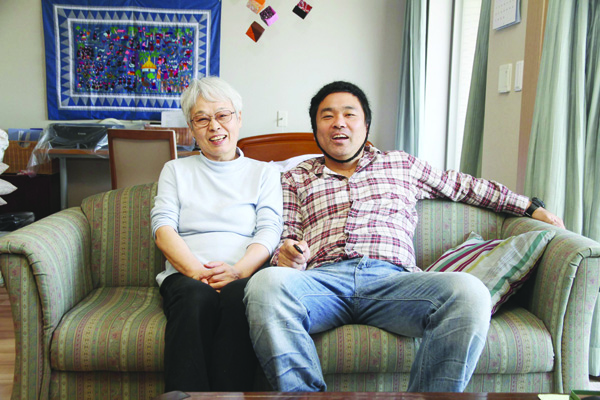 HE has measured the height of Napoleon’s Nose, painted an anti-dog fouling mural on the wall of his North Belfast house and toured the north in a half-Irish, half-British caravan.

Now Belfast-based Japanese conceptual artist Shiro Masuyama is officially launching the fifth Bounce! Arts Festival with his latest exhibition: ‘How Disability Made Me an Artist’, which is being shown at the Arts and Disability Forum (ADF) Gallery in Royal Avenue from August 25 to 28.

The exhibition will chart the internationally renowned avant garde artist’s personal experience of living with Attention Deficit Hyperactivity Disorder (ADHD) and how it has informed his multi-layered work.

Shiro, who describes himself as “the “only Japanese artist in Belfast,” has lived here since 2010 and has become one of the major figures on the contemporary art scene, working in a variety of media including installation, sculpture, performance, video and photography.

He is known for incorporating his life experiences, both negative and positive, into his work, using his endlessly inventive and restless imagination.

His latest show includes thoughts from, and collaborations with, his mother Tei.

Shiro said: “I want to focus on how disability has affected my art practice and my life by sharing projects from childhood right through to my most recent professional artistic practice.”

The exhibition includes a six-year pictorial diary that Shiro worked on during his primary school years in Japan to help address his ADHD and a beanie hat made of his own hair that his mother helped to knit.

“During the summer holidays every child had to do some independent research and my mother asked me to do a picture diary. I did this project for six years and it gave me confidence and opened my creativity. Because of this diary I became an artist. I have never exhibited it before.”

He says his condition has made him the artist he is today. “Because of ADHD I am really distracted by many things so my work is really wide-ranging. Some artists only work in one medium and style but I can’t concentrate on one thing. I get bored so I try so many things and use many different media. Most of my work is humorous but I use it to communicate with people.”

Shiro describes himself as a “nomad” having lived in Berlin from 2004 to 2010. His work has cast a fascinating light on life in the city from the view of a highly engaged and creative outsider.

Over the years he has continually crossed borders from loyalist and nationalist areas, between north and south and GB and Ireland, creating inspired works that challenge division.

This included his Borderline project. “Living in Belfast and learning about the political conflict has inspired me. I made a special British-Irish caravan as part of City of Culture 2013. The project created dialogue for people because they could talk about cultural differences.

“I didn’t really understand the difference between Irish culture and British culture so people were teaching me while visiting the caravan.”

“This festival has always been about challenging perception and exploring alternative ways of looking at the world,” he said.

“This year’s programme is as diverse as ever with shows that will move, provoke debate and, above all, entertain.”

The festival kicks off with a bang with a community drumming circle on the lawn at Belfast City Hall on August 25 from 1pm with everyone invited to join in.

Bounce! has been funded this year by Belfast City Council as well as the Arts Council and Unlimited Impact.