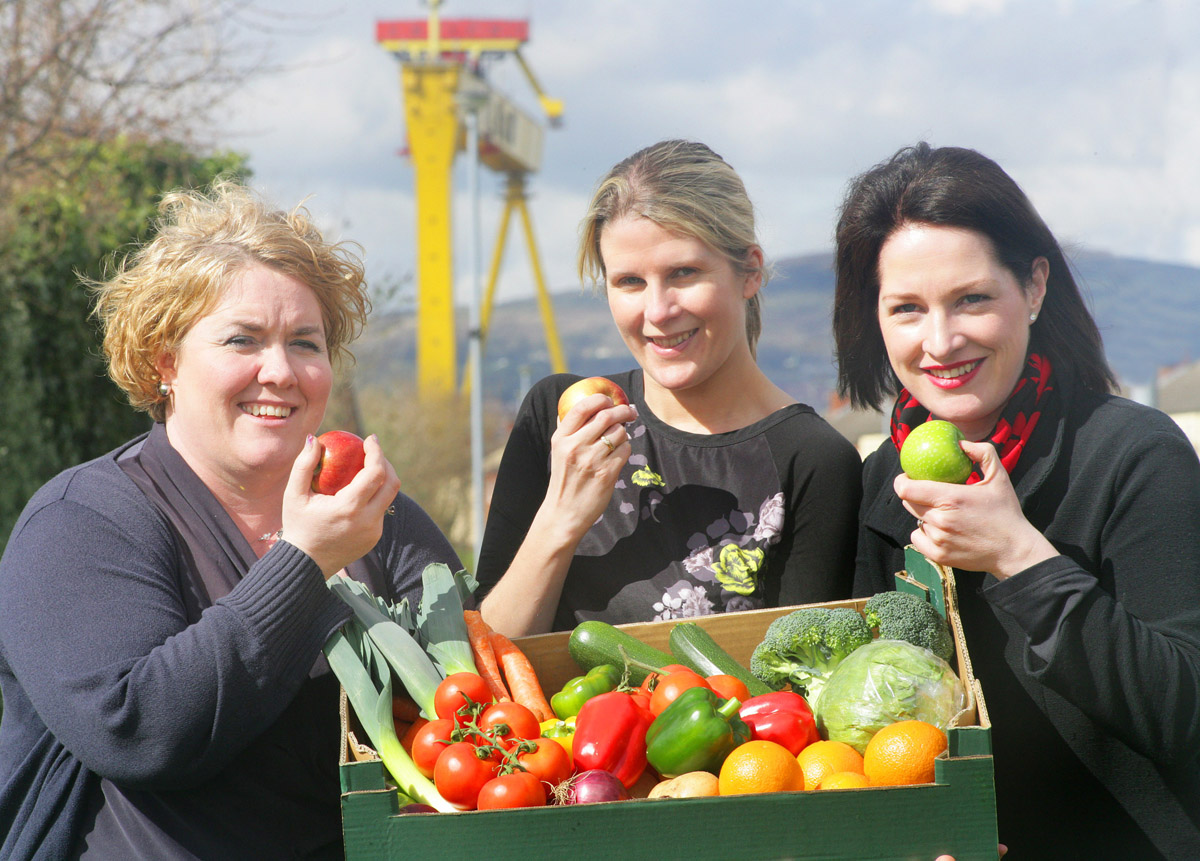 A local project that distributes surplus food to charities and voluntary organisations is having a positive impact on the health and wellbeing of disadvantaged groups.

The FareShare scheme, run by the Council for the Homeless, is directly tackling food poverty by collecting surplus food from major retail outlets and redistributing it to charities that are providing meals to vulnerable and disadvantaged groups, including low income families, senior citizens, the disabled, victims of domestic violence, at-risk young people and the homeless.

Now a report commissioned by the Public Health Agency (PHA) and the Food Standards Agency (FSA) and carried out by the social enterprise company Gauge has shown that people who have benefited from the FareShare project have increased levels of energy, improved mental health and greater social interaction.

Meabh Austin from FareShare said: “We see benefits not only for those service users eating the food but also for the volunteers who cook the meals and arrange events for the groups. Over the past four years the FareShare project has been a huge success in assisting vulnerable people and charities, helping them make savings on food bills and allowing them to divert funds to other areas of service provision.”

The initiative benefits from donations of both fresh and non-perishable food from over 40 local food producers as well as three of the main supermarkets – Asda, Sainsbury’s and Tesco – and provides some 350,000 meals each year.

The food is given to FareShare before it even hits the shelves and is considered surplus for a number of reasons. It can be food that is over-stocked, seasonal or delisted produce, goods with damaged outer packaging, production trial products or items with labelling errors. It is sent from the retailers’ distribution centres to FareShare depots and then on to around 70 organisations.

Colette Rogers, Health Improvement Manager at the PHA, said: “Improving health and wellbeing and reducing health inequalities is central to the work of the Public Health Agency. Supporting the excellent work of FareShare has benefitted low-income families, senior citizens and at-risk young people, among many others.

“As well as benefiting from nutritious meals, the get-togethers are creating improved social interaction among groups who can often feel isolated.”

Maria Jennings, Director of the FSA, said: “We are pleased to have co-funded this report which shows how essential FareShare’s work is to vulnerable groups within the community and what a positive impact it is making on people’s lives.”