In the Windy City, Ireland’s fifth green field is bursting with energy and vitality 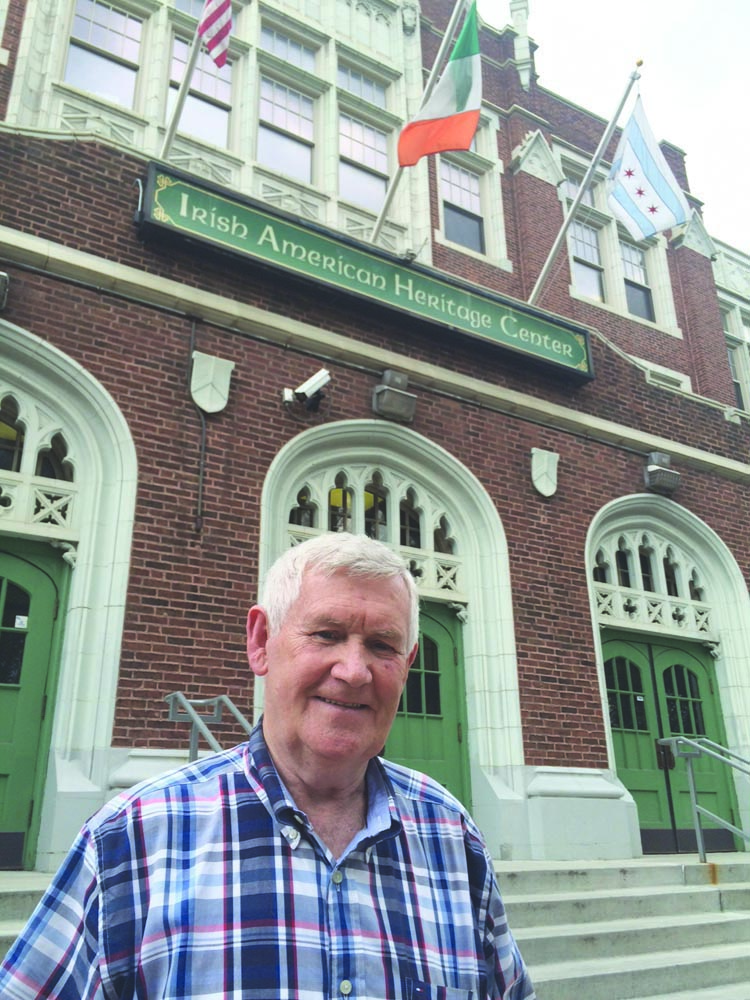 Visiting the Irish American Heritage Centre in Chicago? Then allow yourself a half-day. For the three-storey, 90,000 square foot centre – housed in a former college – is the nation’s largest Irish American facility.

A reception room that can seat 300 at a gala dinner. Check.

A fully-catalogued library (more expansive than the Irish American centres of most major cities). Check.

A museum and archives room. Check and check again.

But anyone who knows the tough but big-hearted Irish of the Windy City is unlikely to be surprised by the scale of the ambition or the depth of the commitment which made the acquisition and renovation of the former college on Chicago’s northside back in 1985 possible. After all, these are the people who built Chicago.

As Tom Looney, former President of the Irish American Heritage Centre told me: “I was part of a generation of Irish in American who believed everything was possible. I arrived age 20 in 1960. JFK had just been elected. It was a great time to be Irish in America.”

Though long-established, the opportunity for the Irish American Heritage Centre to buy its own base didn’t come round until 1985.

“At the time the Korean community was buying up a lot of property in the Mayfair area of Chicago and we knew they were interested in this property. So when the closed bids were being put in, I suggested we add $2,000 to our bid, to bring it to $502,000. As it turned out, the Koreans bid exactly $500,000 and the building, albeit in crumbling condition, was ours.”

Members of the Irish community rallied round to carry out much-needed renovations. “We had to replace all 4,000 panes of glass and bring back rooms which had deteriorated badly, but for those of us who were in the trades it was a labor of love,” said Looney, who somehow found time in his busy life as proprietor of the Abbey Pub and owner of Chicago’s first cable TV station to work alongside other volunteers.

The fruits of their labour remain impressive today. The palatial ballroom hosts weddings for members of all Chicago’s ethnic communities as well as gala dinners for the Irish community. The thousands of titles in its library constitute one of the largest book collections on Ireland in the Midwest. Its museum and meticulously catalogued archives tell the story of the Irish in Chicago over the centuries; its former classrooms resound to the clicking heels of four different Irish dance schools; while its purpose-built theatre is a home from home for Irish and Irish American theatre.

“The centre has contributed a lot to the Irish community here,” added Looney. “It’s not only that we can host large gatherings – thousands came through these doors at our annual festival and on St Patrick’s Day — but we have also created a deep cultural base for the Chicago Irish.”

The Irish government has recognised the key role of the centre in Irish life in the Midwest, providing a recent grant of $.5m to help it improve its facilities from the Emigrant Support Programme. That blossoming partnership is recognised by references in the centre to current President Michael D. Higgins and his predecessors Mary McAleese and Mary Robinson. Indeed, the members’ lounge bar is named the Fifth Province, after the concept popularised by Higgins, McAleese and Robinson that the diaspora make up Ireland’s extra green field across the Atlantic.

But of course a building is only as healthy as the activities which take place within it. In that respect, the Irish American Heritage Centre is in rude health. As well as hosting musicians and dancers from both Ireland and across Irish America, the centre is also home to the famed Shamrock American Club of Chicago (established 1939), regular Irish classes, the annual Irish Books Arts Music festival (IBAM), Shapeshifters Theatre troupe, the Anam Cara storytellers group, St Patrick’s Missionary Society and four dance schools: Trinity, Identity, O’Hare and Francis O’Neill. And let’s not forget the music schools teaching traditional Irish instruments and the bagpipes which take their place alongside the Irish Heritage Singers.

“There’s a lot of energy here,” Looney said. “From day one, we wanted to do it right and that’s the philosophy to this day. We want to make sure that the centre continues to represent the very best of Ireland, of Irish America and of Chicago."