Jackson fan Connal is the new King of Pop 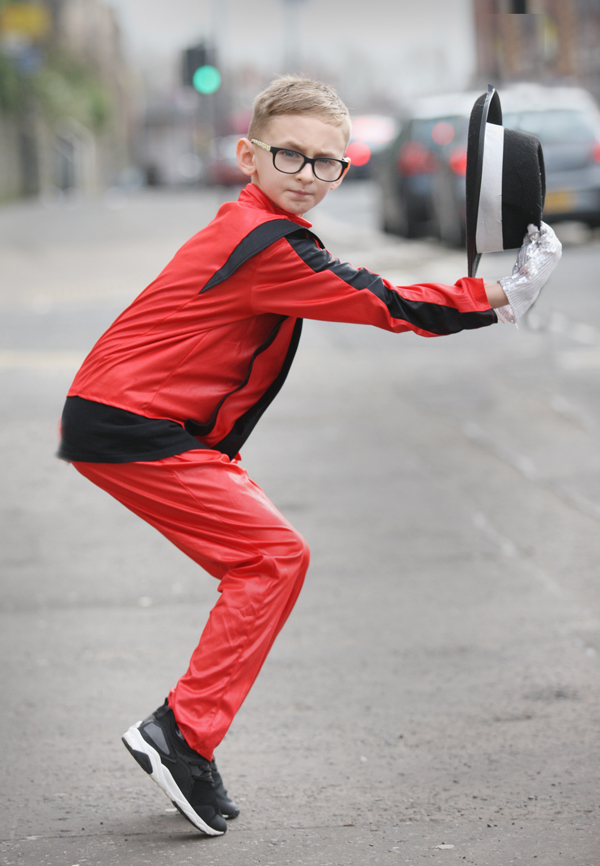 AMERICAN singer Britt Quentin, who stars as Michael Jackson in the hit ‘Thriller Live’ Show could be the late pop star’s most famous impersonator, but North Belfast superfan Connal Morrissey could just give him a run for his money.
The 10-year-old from the Antrim Road has been practicing his moves for the last six months and says it would be a dream come true if he were to meet the cast of the show.
Connal said he instantly became a fan when he first heard Michael Jackson’s music and was over the moon when his mum bought him tickets to see Thriller Live at the Waterfront Hall on March 21.
After his debut show at family Halloween party, Connal now hopes he will have the opportunity to show the cast some of his moves.
“I first saw Michael Jackson when I was watching the Man in the Mirror with my daddy,” he said.
“It was my first time I had ever even heard of Michael Jackson, but then I thought to myself, ‘maybe I can make something out of this’.
“Then I started listening to his music and started practicing, and then at Halloween I did my very first performance out my back garden. People seemed to think it was really good.
“I like the way he has a lot of energy, and I like his dance moves and his songs are very catchy. I have a lot of energy too.”
He continued: “I was really excited when I found out I was going to the concert. I couldn’t believe it. This will be my first time ever going to a concert. I’m glad it’s going to be Michael Jackson. It would mean the world to me if I could meet Britt Quentin.”
We asked Connal how he managed to master the complex dance moves in such a space of time and he offered us some sterling advice.
“I don’t think about how hard the moves are – I just do it,” he said.
“I think it’s just like kicking a ball or anything else. I just imagine it as the easiest thing in the world and I do it. You don’t have to be nervous and you can do anything.”